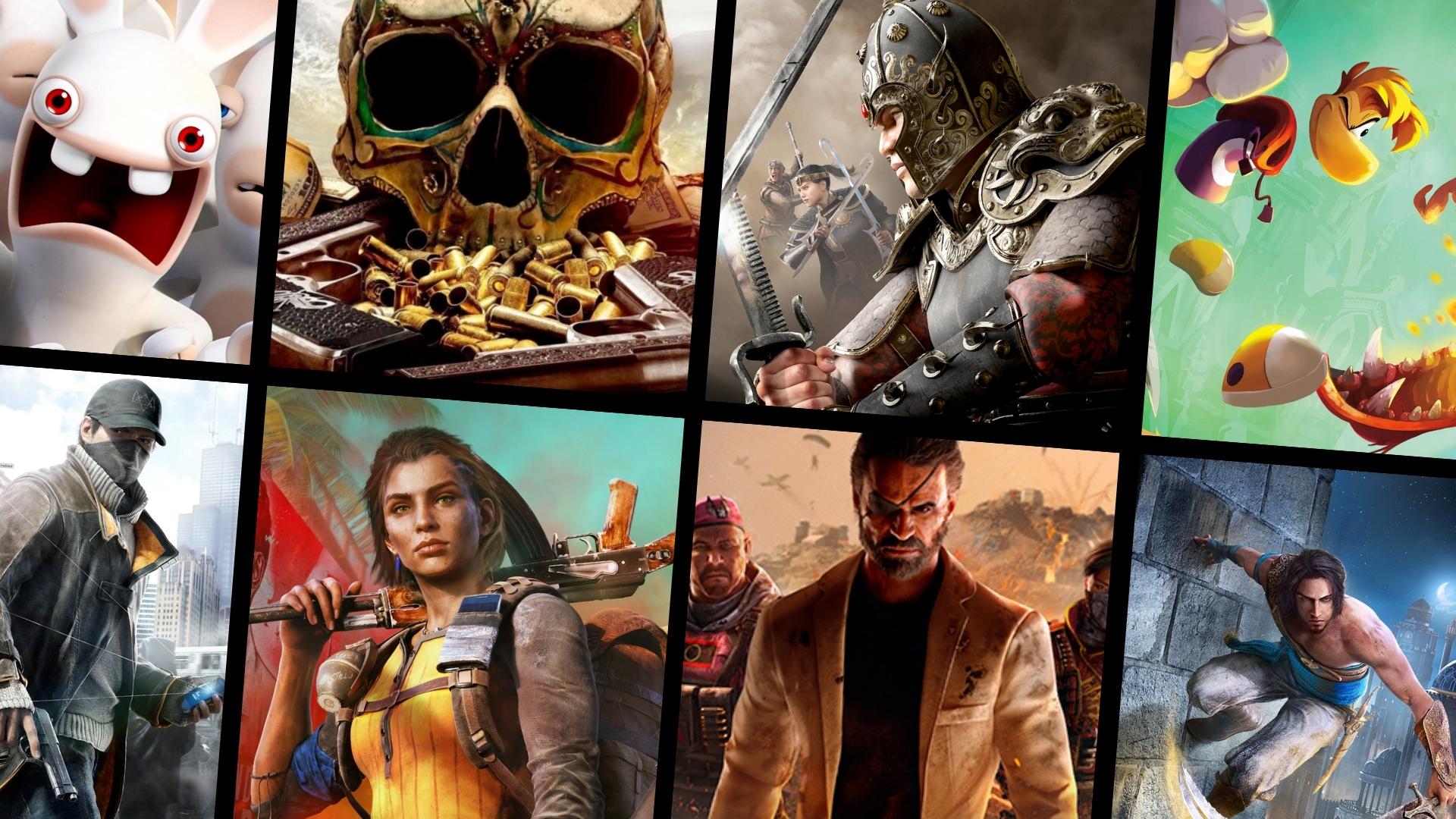 In the video games landscape, it is impossible to ignore or do without Ubisoft. The company has been around for so long that it is actually difficult to remember a time when it did not exist. It all started with the Guillemot family business, dealing with support for farmers in Brittany (France). The Guillemot brothers (all five of them) later decided to establish their own business in order to still help farmers in the region, but also indulge in their passion for technology. Thus, started Guillemot Informatique in 1984: a small company selling software programs and computers and, later, distributing video games. The brothers quickly saw the potential in the latter and decided to also add development to their curriculum. And in March 1986, Ubisoft (from “ubiquitous” software) was born.

Nowadays, the company has studios and offices all around the world and is known for its catalog full of games that brought their own novelties on the market and became legendary titles and sagas. Ubisoft has always been quite proficient at skillfully using and adapting to new advancements to create polished universes. The company has grown exponentially since 1986, but, in an effort to conserve its independence, the Guillemot brothers are still in the picture since they own a good chunk of the shares. Let’s see how just how the company has progressed with the most significant Ubisoft statistics and facts out there.

Becoming the titan that it is today was not done in a single night for Ubisoft. With time and success, the company started to even expand into other fields, such as cinema and television, with its special division. Or with the R&D lab, La Forge, which deals with AI and prototypes in the academic field. Of course, it all started somewhere, and it was progressively done throughout those 36 years, spanning all over the globe for a “ubiquitous presence”.

Ubisoft’s market value has been estimated at around $5.634 billion market cap.

The data provided is based on IFRS accounting standards. However, to better represent the real achievements made by the company, Ubisoft also provides the non-IFRS numbers. The first thing we can notice is that 2020 is the weakest link from 2019 to 2021, which comes as a surprise. That year was a big momentum in the video game industry thanks to people forced to stay at home because of COVID-19. That can have to do with the controversies regarding the numerous reports of sexual harassment and discrimination in the company. Several people left, while some others were fired, and the public was not too happy with Ubisoft and its secrets. However, FY2021 showed superb growth thanks to games like Assassin’s Creed: Valhalla or Far Cry 6. And it seems like FY2022 is about to follow suit.

Ubisoft has a total of 40 offices and studios spread all over the world.

Overall, the North American subsidiary of Ubisoft is where the highest revenues are generated, even undermining the parent company (HQ) in Montreuil. That may also explain why most people think that Ubisoft actually hails from that continent and that Ubisoft Montreal is the HQ. Other than that, Sony shows its superiority in the market by leaving all the other platforms behind. As for the PC, it might come as a surprise, but it is actually ranked before the Xbox. For those in the know, it is quite obvious why: PCs offer a lot of options in terms of customization and are powerful war machines (for the high-end ones). In this age of the growing mobile gaming industry, Ubisoft seems to still be quite shy to board that ship.

Ubisoft developed several IPs that became classics and legends. Whole sagas that any gamer would know, even if they never had the opportunity to play those games. From open worlds to space opera or even rhythm games, Ubisoft dipped its toes in different seas and always managed to get used to the temperatures. Here are their most legendary titles.

The Rayman franchise sold over 26 million units since the first game was released on PlayStation in 1995 (2014).

Rayman was Ubisoft’s first big title, a game created by Michel Ancel, who started in the company as a talented teenager with amazing animation skills. The first game in the franchise was made specifically to exploit the pros and cons of the PlayStation. Rayman not having any limbs? Yes, it was done on purpose because the console could not give a movement fluid enough for the devs if limbs were modeled. The game was a huge success: the diversity in landscapes, the intuitive gameplay, and the cartoonish graphics were appealing to the public. Critics pointed out the fact that it could be a bit difficult, but that did not hinder the surrounding frenzy. The franchise received a lot of spin-off games, amongst which the ones introducing the Rabbids. They quickly became a whole phenomenon, as big as the minions, and were even featured in a game with Mario.

The Assassin’s Creed franchise has sold over 155 million since the release of the first game in 2007.

From the first game onward, Assassin’s Creed has always been a phenomenal success. The open-world action-adventure stealth game mesmerized the gaming community thanks to its ambitious graphics, visual identity, gameplay, and deep narrative. The games also introduced parkour, using the environment in a fast and nervous style that became a trend and featured in other games like Dying Light or Mirror’s Edge. However, the game has been criticized those last few years for the near-annual releases of each installment, the bugs (becoming memes in the community), or the changes in mechanics. The franchise has taken the form of several iterations: novels, concerts, books, several spin-off titles, mobile games, comics, etc.

Far Cry did not start as Ubisoft’s original IP. It was actually a demo created by the German studio CryTek, in order to showcase their powerful new engine. Ubisoft proposed to CryTek to build an AAA game using their demanding engine, and therefore obtained publishing rights. The first Far Cry game saw the light of day, and we all remember how only a small group of gamers could actually play the game properly since you needed a war machine to make it work. And not even for a long period of time. The subsequent games use the same formula: an FPS with a protagonist helping freedom fighters of some sort, a huge enclosed map, efficient gunplay, no deep narrative, outdoor spaces, crafting, hunting, and towers. The franchise is pretty popular, even if it has been lately criticized for its lack of innovations in terms of design and the lack of real engagement in political narrative considering the “freedom fighters” theme. We still have to wait for Ubisoft’s FY22 annual report to actually see how well Far Cry 6 did.

Several decades later, Ubisoft is still a force to be reckoned with. The company has been able to skillfully adapt itself to the numerous changes in technology, making new strides itself. Most of the company’s titles received countless nominations and awards and have enjoyed commercial success. The Just Dance franchise has sold over 80 million copies since the release of the first game in 2009. Nowadays, the game is still a staple in the rhythm genre, even making waves on TikTok. Ubisoft also has an extensive catalog of Tom Clancy’s universe-inspired games that have a massive following. The Rainbow Siege games have millions of registered players. Through Ubisoft Movie & Television, the company has been able to expand into movies, series, and animated series for a lot of their titles.

The thing with Ubisoft is that even when their games are leaning toward a certain form of laziness, their talented teams still managed to create something entertaining and pleasing. It is maybe due to that occurrence that in the last few years, Ubisoft has been labeled as money-greedy by several gaming communities. The company has released various expensive DLCs with an unjustified price, added some lowkey pay-to-win aspects (read: Odyssey) and most of all, started swearing up and down by blockchains and NFTs. The move is not to everyone’s taste, not even to a lot of their own developers. Ubisoft has announced that they would be focusing less on their big AAA games on PC and consoles and more on mobile and free-to-play games.

Considering how Ubisoft has jumped on the blockchain and NFTs opportunity, two concepts that most gamers and developers do not like due to their nature allowing companies to milk players and focusing on play-to-pay, hearing that is not heralding good news. It is already difficult to maintain a proper balance when using a freemium model, but add to that Ubisoft’s newfound greed… a recipe for disaster?