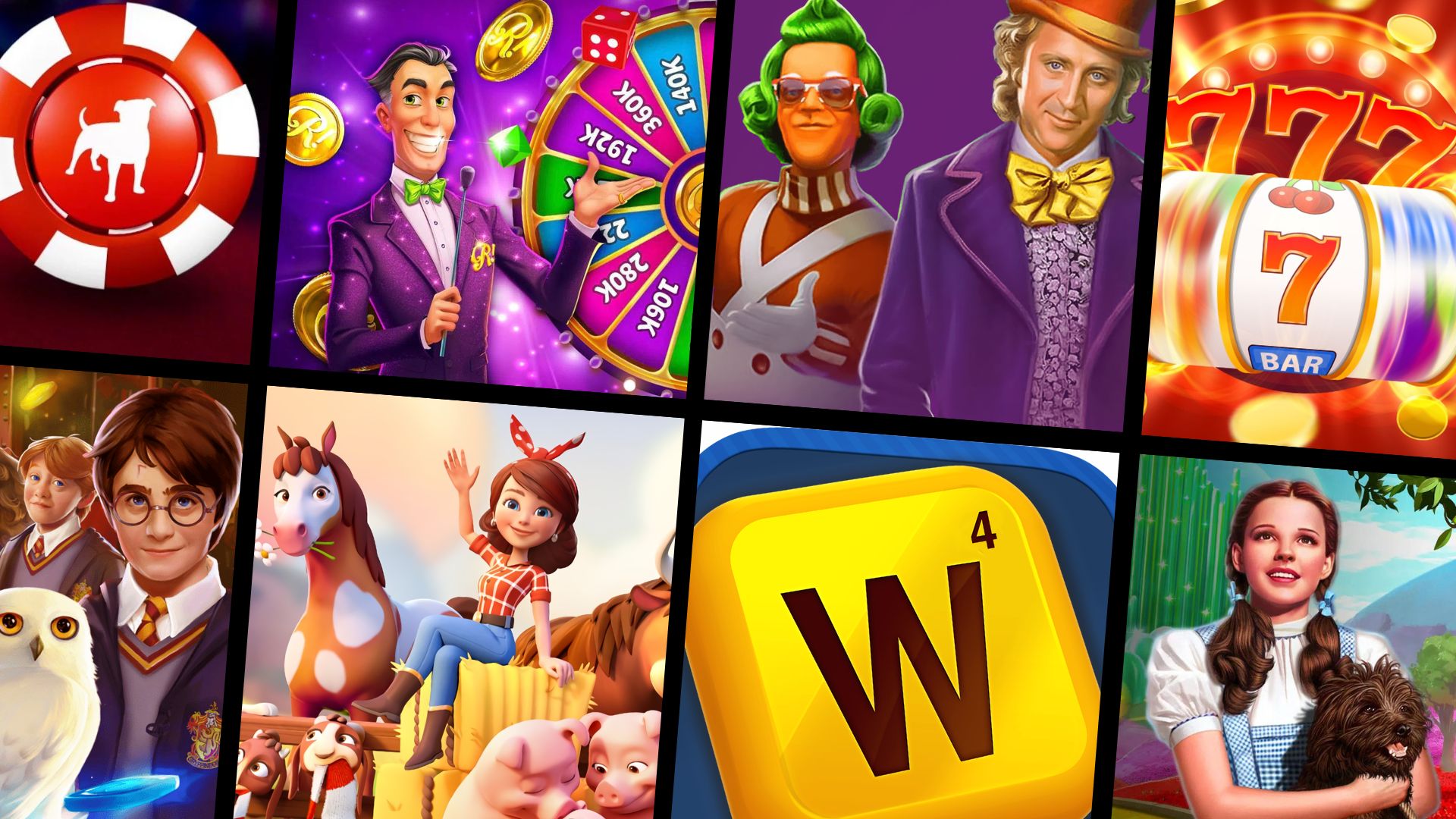 For a lot of people, when thinking about Zynga, their thoughts automatically turn to Facebook. There is, however, more than meets the eye regarding the social video games company. It was founded in 2007 by Mark Pincus to serve as the umbrella for a social poker game on Facebook that he wanted to develop. It was a massive success that encouraged Pincus to continue striving in the field, based on his vision that gaming was to become a mass-market activity. Zynga developed several hit games for Facebook such as Mafia Wars, FarmVille, CityVille, FrontierVille, CastleVille, YoVille, and Cafe World, with Farmville being one of the most popular, even nowadays. More than half of those games bring over $1 million per day.

After Facebook enforced new rules killing Zynga’s exposure to most players, the company decided to start looking into mobile gaming, acquiring in the process many mobile game developers. That focus on new products signaled the demise of Zynga’s forever franchises, which in turn threw the company in a financial pickle. The appointment of Frank Gibeau as CEO in 2015, and his expertise in the gaming landscape, led to the acquisition of new talented studios and successful IPs, an evolution in already existing titles, and a new generation of popular mobile games. Nowadays, Zynga has offices in North America, Asia, and Europe, with the headquarters being in San Francisco.

Zynga focuses on social games, a genre that enjoys popularity on mobile and social networks such as Facebook. The company became a titan in the industry quite quickly thanks to its presence on Facebook. It follows a free-to-play business model, generating profit thanks to the numerous microtransactions in-game. The developer expands its operations by not only buying studios with already popular titles but also by always working on their forever franchises while funding new games. Thanks to that, Zynga can keep its old players while always attracting new ones.

Zynga’s market value has been estimated at around $10.12 billion market cap in 2022.

Zynga has always generated enough money to actually get a profit out of its operations (which grew quickly). Since most of the games are free-to-play, it is normal to find that advertising has an important place in the total revenue. If you know Facebook games or browser games, you would know that a lot of them feature ads that players can watch to receive bonuses or continue playing. 2020 was a wonderful year for the company since the lockdowns served as a stepping stone to introduce a certain category of people to casual/hypercasual games. The momentum was kept since 2021 did even better than 2020, even if people were pretty much back to their regular daily life by then. We can also see that Zynga invests heavily in marketing, something they used to neglect, relying mostly on word of mouth.

Take-Two, the parent company of Rockstar, closed a deal to buy Zynga for $12.7 billion.

After Facebook changed how its gaming homepage was supposed to work and then banned Flash, Zynga decided to switch to mobile. A smart move as its titles are simply flourishing. It is also due to the great decisions taken by Frank Gibeau regarding old and new titles. As usual, there is a good balance between pleasing the players and still making money, thanks to the advertising present in the games. Indeed, ads do not pop out uninvited and are usually welcome for players who are short on lives, attempts, or bonuses. Zynga is the king of casual/hypercasual games, but the company also deals with several casino games, and some of them are made exclusively for the international audience. It is still possible to find some games on Facebook, but those are mostly casino/slot social games. However, Words With Friends can still be played with your contacts on Messenger.

Zynga is simply the number one when talking about casual/hypercasual games. 2020 exposed the company even more to the crowds of unsuspecting future players. The easy rules, instinctive handling, and colorful graphics of Zynga’s games gave everyone something to enjoy on their phones. Except for the social casino games (due to their gambling nature), the rest does not need to have a precisely defined target audience, giving a sense of pervasiveness to the company.

In 2021, Empires & Puzzles: Match-3 RPG was the most popular gaming app published by Zynga based on revenue.

According to Zynga, approximately one player out of three is actually willing to spend money regularly on in-game items. That has been, as said before, countered by smartly including ads in the games. Social casino games are really popular, more than one would think. That would explain why it is not rare to find small studios developing such games being bought by bigger ones trying to expand their catalog. Empire & Puzzles is a match-3 game, borrowing certain codes from RPGs to create an adventure requiring players to match the same tiles to create combos and shields against their enemy. We can also notice that Zynga has partnerships with famous franchises such as Harry Potter or even Game of Thrones, which taps into another crowd full of fans. It is interesting to note that some of these games have been downloaded more than 10 million times on both iOS and Google Play.

In 2021, High Heels! was the most downloaded game published by Zynga on mobile with a total of 129.3 million installs.

All hail the hypercasual genre! If you still do not know what it is all about, try all the games on this list. From running endlessly on an eternal walkway with a pair of customized heels to playing the cashier in a store and giving change to customers, the most downloaded Zynga games in 2021 are simple to play and simple to follow. Mobile gaming has taken over the industry and made itself a cozy nest, and hypercasual/casual games are big players in that success. The games do not need next-gen graphics to appeal (Blob Runner is something else), but they give satisfaction and enjoyment to players as they successfully help them pass the time on the one device that is always by their side wherever they are: their phone.

After only a year since launch, Farmville was the most popular game on Facebook with 83 million monthly users.

It is impossible to talk about without talking about Farmville, the game that put the company on the map. If you were using Facebook at the time, you can still remember the requests and other notifications sent by their contacts requiring help on their farm. Farmville was a game-changer in itself: it was the first Facebook game to enforce a system where players could buy virtual goods with real money, and the first game to give a social angle to its gameplay by pushing players to ask for help and visit each other.  It was also the first real time-consuming hobby Facebook had for itself. For better or for worse, Zynga created some game mechanics that are still used nowadays. Farmville 3 was released in 2021 in an effort to keep the title alive while riding the nostalgia wave, but the game is not doing that well. It also introduced the casual genre to people who were not into video games. It was just the beginning and a lot of people were making fun of it, but when we look at the mobile gaming landscape now, we know who had the last word.

Whether you want to recognize it or not, Zynga built the foundations of the casual/hypercasual genre as we know it today. The audience the company is going after is not the big gamers, the console players, and other PC owners. No, it is the crowd with no real interest in AAA titles and arcade games, but who can still see the appeal of small games, easy to understand, and that will follow them everywhere they go as long as they have their phone/tablet. Most Zynga games require an Internet connection, as the whole vision behind the company is to connect people through games. Farmville started it well on Facebook (a bit too well, even) and today, as Zynga focuses on the mobile market, we can still see that social aspect in its games. Some even brought people together, creating couples and friendships.

Of course, today is an entirely different story. The market is not new anymore, and it has been studied several times. Developers know those profiles by heart, and even tastes have changed. Companies like Supercell changed the field with games like Clash of Clans or even Hay Day, which was also a farming simulation. The biggest games out there are action/shooter games such as Garena, Fortnite, or PUBG. However, there is a big difference for companies like Zynga specializing in simpler games: their audience grows larger by the day and is starting to be pretty sought after. The casual/hypercasual genre gained recognition worldwide.

You just have to see all the copycat apps appearing as soon as one meets some success. Zynga is still a titan, maybe a titan amongst others in its field rather than the only one. Nonetheless, that does not mean that the company has lost all its steam. Not only is it developing new titles while working on new IPs, but Zynga has also invested in and bought several small studios that bring much diversity to the company’s catalog. The market continues to evolve, but it seems like Zynga is ready to follow its every step.