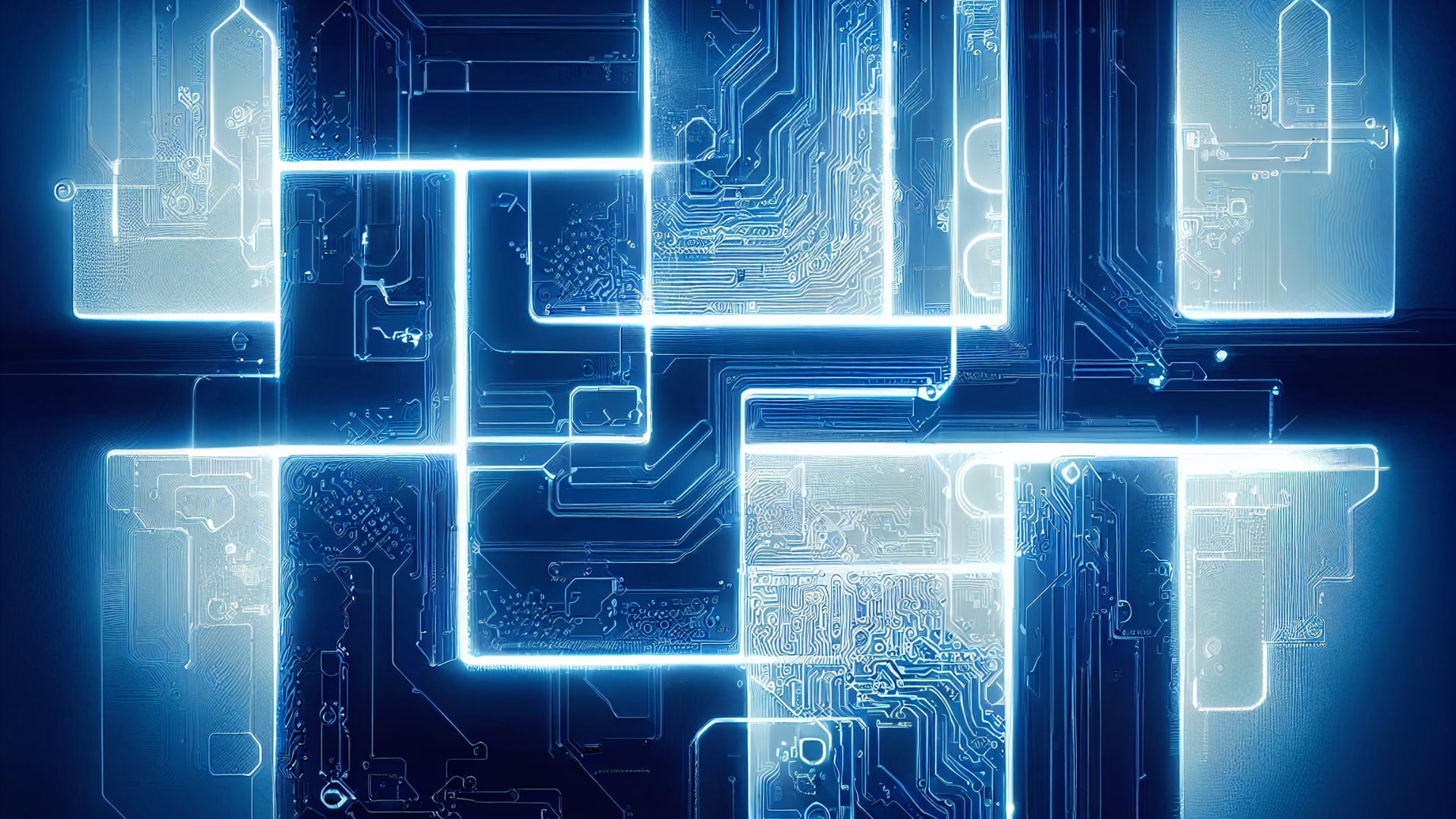 Sony began its PlayStation saga in 1994 as Sony’s response to Sega and Nintendo monopolizing a big chunk of the video game industry and it was a whole wrecking ball smashing the stage. The success was dazzling. The white and red Nintendo and the black Sega now had to deal with the grey and overly creative PlayStation.

This success was not a coincidence or just sheer luck as subsequent years and releases would prove the world. For every new model of the PlayStation, Sony would go on to show that they indeed know what they are doing and where they are going. It all started with an innocent enough demand and partnership: Nintendo wanted Sony to help build a console that could use Sony’s CD-reading technology (the one used for its walkman). But things went south for the two companies as they could not get along at all and Sony made a run with its technology and decided to use it for their own good..

Today, the world has seen 5 generations of PlayStation living and dying in our living room (not including handheld devices). And every time, Sony manages to reinvent itself and delivers a new wonder that pushes the limits even further. For all the noise about the PlayStation 5 and its price, the console reached astounding numbers of units sold in quite a short time, showing that it is just that indispensable.

Time to take a look at PS5 statistics to see what has been achieved since its release in 2020 and try to round up its achievements and what the console is all about. Also, if facts and figures interest you then we have a great piece about video games industry statistics!

What is hidden inside the beast or is it doing well worldwide? Questions like these are directly related to how the PS5 is doing since its release and will be answered here.

The PS5 is eight times more powerful than the PS4.

The PS5 is the Queen of all Performances on the modern gaming stage. Its specs have been thoroughly worked on and polished and the final product is an extraordinary piece of technology worth its price. And it is a feat in this ever-competitive society where companies try to always take it farther when it comes to innovative technology. Even its controller changed the whole gaming experience by enhancing how immersive and tactile it can be. Its fluidity graphically and fast loading times (amongst others) are above the rest too.

The PS5 sold 2.1 million to 2.5 million units on both launch days combined worldwide.

The console was breaking records left and right at launch. And it was a huge surprise as it happened when the pandemic was going strong everywhere. With people losing their jobs, making less money because of pay cuts, and most shops being closed, it was really uncertain whether or not the console would do well.

The Switch has an advantage of 3 years, but the console is actually still popular. It can be considered to be the direct rival of the PS5 and not the Xbox Series despite being as new as Sony’s console. Why? Simply because Sony has been crushing Microsoft in terms of sales since day 1, especially in Japan where it does not seem to be loved at all. In addition, the numbers forecast are actually attainable, but the continuous shortage in chips is still making it really difficult to supply enough consoles based on the demand.

The console was sold like hotcakes and it is still really difficult to find it in stores nowadays. This situation is an opportunity for scalpers who do not hesitate to resell it for an astronomical sum to naive and desperate gamers, something PlayStation is trying to counter by changing the way they are shipping the product to stores directly.

The PS5 is only one year old but has already done so much that the next awards ceremonies might be really interesting for the hardware.

With services such as the PlayStation Store, PlayStation Network and multiple multiplayer games that can be played online, the PS5 is capable of gathering players together for even more fun. Whether you are a lone wolf or a sucker for riding in the wild with your posse, the console has something for all its users.

The number of female gamers has always been slowly rising and the fact that they represent almost half of the PS4/PS5 population says a lot about the way mentalities started changing. It is also interesting to note that they do not always play “games made for girls like the Sims” and that phrase is just a big cliché. In addition to that, it is heartwarming to see a whole generation of 90s kids staying loyal to their favorite brand and growing up with it. PlayStation is really showing its timelessness.

The PlayStation Network (PSN) had 114 million active users in December 2020.

The central nerve of the PlayStation consoles since its advent. It is pretty rare, if not downright impossible, to find someone not actively using the service.

In fiscal year 2020, the PlayStation Plus Service now boasts a fine 48 million subscribers.

The rise of free-to-play multiplayer games gave a huge boost to the service. The fact that you could get games for free each month was already really appealing, but being able to play for hours with your friends on your favorite gaming system is sealing the deal for a lot of people.

The console is slowly getting comfortable with its catalog and the first-party studios working directly under PlayStation are more than eager to deliver even more exclusive games to the users. Plus, most of those games received really good reviews enforcing the idea that through its powerful performances, the PS5 helps developers to bring their vision to full fruition.

As the youngest in the family, but also the more powerful and the one breaking a few records right on launch day, the PS5 cannot avoid the comparison with the older generations of consoles. It will also show how well Sony has been doing with the PlayStation series.

The PS5 has a long way to go to catch up to the PS2, the most sold console worldwide, with its 157.68 million units.

All the past generations of PlayStation appear in the Top 10, with three of them in the Top 5. Of course, the PS5 is way lower in the ranking (#22, to be precise), but it only debuted. Let’s give it some more 5 years and see where it is going to be then.

The best-selling game on PS5 so far is Spiderman: Miles Morales with 6.5 million copies sold.

A regular on PlayStation, Rockstar’s own GTA has made sure to steal all the attention with their fantastic series of games.

With its 7.8 million units sold for 2020, the PS5 is PlayStation’s highest ever launch year sales.

The graph actually shows that numbers just kept rising with each new generation, showing that the interest was also growing. The interest in 3D games, in a bigger diversity of games, in the fact that video games were not just for kids, etc.

So many of us have fantastic memories of the PlayStation, whatever generation it might have been we started with. I did it with the original in the 90s, having fun voicing the characters in JRPG because not all of them had voice acting (or just a few lines) and like millions of us, until now, I stayed faithful to every generation.

It is not difficult to see why and how Sony’s PlayStation maintained its status as an institution. There is always something new with them, for the players and the studios developing the games. We saw throughout the years how graphics were looking sharper and sharper, more details that we could zoom in, more realistic faces, fluidity in the movements, rich environments, etc. Today, I can zoom on all those flyers/posters/signs in Yakuza 7 and actually read and see the pictures for even better immersion in the game.

It is not just on our screens that the magic is working its wonders: the Dualsense is giving a good rest to our fingers and letting us play in extreme comfort. Its buttons and Dpad are well defined and smooth and the triggers feel different based on the situation, with the resistance changing. And let me not start on the fact that the console is silent and does not sound like a smoker wheezing its life away when the time comes to push it a bit more. That and her sexy curves when standing horizontally, and the PS5 is a serious winner.

PlayStation has still a lot in its sleeves for players and we simply cannot wait to see the direction they will take!