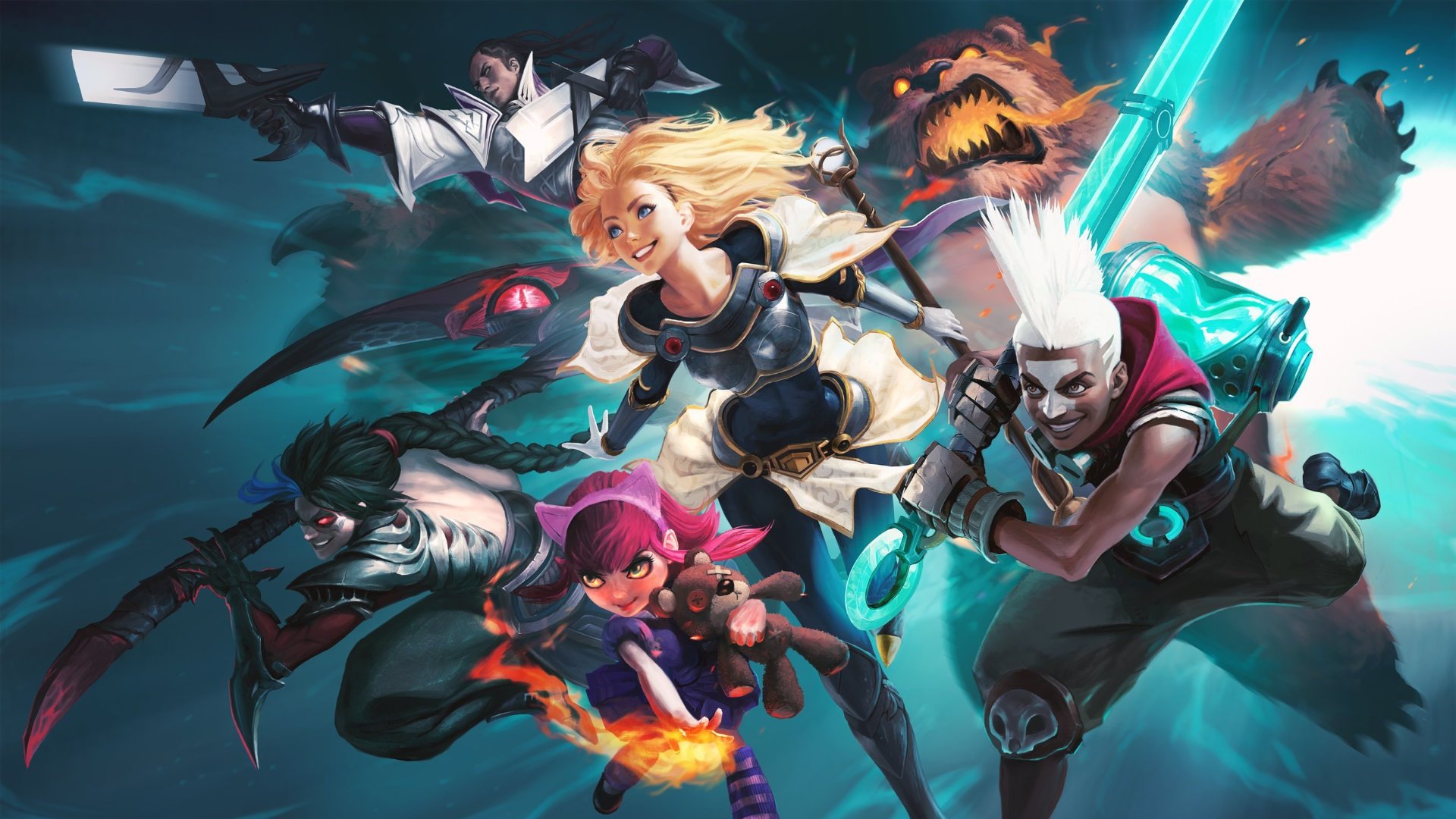 The MOBA juggernaut continues to dominate. 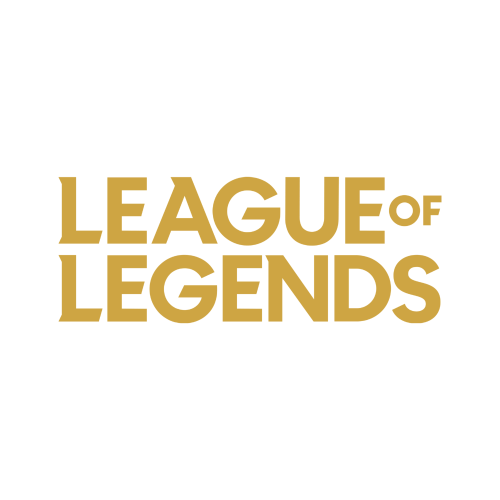 Launched in October 2009 on PC, League of Legends (also called LoL or Legends) is a free-to-play multiplayer online battle arena. When it comes to multiplayer games, LoL is often recognized as one of the most played games in the world and has been for years now.

Two teams fight each other in a 5v5 format on a map divided between the two sides in the game. Of course, the objective is to defeat the other team and seize their base by destroying a big structure called “Nexus” located inside their base. Each player controls one champion with a specific set of skills and an assigned role. During the match, players will receive experience (and will therefore level up in-game) and gold that can be used to buy items when inside your base. To support its champions, the Nexus in each base can generate “minions” that will also fight, but they are controlled by the CPU, not the player. Each match is individual: items and levels are not transferred from one game to another. If it sounds familiar to you, you are not wrong: the game was strongly inspired by the first Defense of the Ancients (DotA), a system DotA kept when it was released in 2013.

With 14 years in the industry, these League of Legends stats shows it’s still dominating the MMO scene. Let’s take a look at its achievements. Also, if you want an eagle’s eye look at our video games industry statistics, then read our detailed piece about it and prepare to be blown away.

If you have been around League of Legends for a while now, there is a good chance you might be able to differentiate the types of players one can encounter in the game. The – massive – community has developed different online personalities that can turn a game into a living hell or a “smooth like butter” playtime.

The community is huge; that is a known fact. Many players are loyal to the title and never stay away for too long. But, it is also widely acknowledged that League of Legends suffers from a behavioral problems coming from many players. People get easily abusive with their language, whether out of frustration, lack of patience, or simply a sense of superiority because they have been playing for eight years now. Plus, women have been complaining about the sexual remarks they get after players learn of their gender. Not only that but they are also underestimated. Other than that, we do not get into Valorant/ DotA 2 territory where players are overtly racist or homophobic. One funny fact: people in a relationship and playing together tend to play as Support.

Towards the end of 2016, the game actually lost a lot of players and hit around 80 million players. But it gained its second breath in the second half of 2018 when it climbed back up to 100 million monthly active players, and from there, it stayed pretty consistent. The fact they have almost 200 million registered users thanks to the League of Legends title shows that the games are pretty good and that the way they expand the LoL universe makes sense and is done masterfully. This number is compared to Steam’s 120 million monthly players, arguing that even with all the games on Steam, League of Legends is still doing better. However, it is important to remember that we do not have a breakdown for each game, so individually, we do not know if Riot has a game surpassing Steam.

32% of the League of Legends community only indulge in the game and do not watch eSports.

The results might be from 2019, but they must be pretty much the same in 2021. The biggest difference would be an increase in players watching and playing. Even more so after the series Arcana was released on Netflix.

LoL has been around for more than ten years, but even if it is not in our faces every day like those new games, it is still very much alive. When looking at statistics regarding profits and revenues in the free-to-play/MMO industry, League of Legends will never be too far: the game is literally making billions each year, whereby many games celebrate the billion threshold as something attainable as lifetime revenue. Obviously, players spend way more than just $119 in LoL: the minimum would be around $1000, and based on testimonies from forums, some can spend up to $8000+ on skins, and other battle passes.

Time to take a closer look at how the community consumes the game. As a MOBA, the game has many strategies that can be used based on the roster chosen by the players, meaning that players for certain tasks might favor characters. There is also the fact that tastes and behaviors tend to change from one country to the other, and Riot/Tencent has servers all over the place.

With 822 professional players, South Korea is the country where League of Legends is the most popular.

China is a huge market for League of Legends, and after they have been bought by Tencent, the priority must be even higher. The country also has the highest number of servers with a high capacity (28 servers for 650,000 players per server). Unfortunately, because they do not communicate numbers that often and most websites where the international community interacts are blocked in mainland China, it is difficult to pinpoint an exact number in terms of traffic. But considering how big the game is over there and how active they are, chances are most servers are at capacity most of the time. In the case of South Korea, this is old news. League of Legends must be THE game where they excel the most. Some teams are even directly affiliated with big local companies like SK Telecom.

The server with the biggest number of ranked players is South Korea with a population of 3.8 million players.

Ranked players indulge in the competitive version of the Summoner’s Rift. To enter the competition, you have to be at least level 30 and possess 20 champions. This ranking reflects pretty well the countries where the game is played the most and the countries dominating the League of Legends eSports scene. Brazil is an extremely active country in multiplayer games in general, but it seems like many people ignore this fact as they are not acknowledged enough in the media.

League of Legends is ranked #4 on Twitch.

The game is popular among players, but eSports enthusiasts enjoy it quite a lot. It was estimated that the number of League of Legends streamers must be over 200,000. It is pretty rare to find an LoL stream with less than 500-1000 viewers, even when you are not a big channel. It is even possible to earn some extra Twitch drops by watching content on the platform, whether via the official account or certain streamers.

During the 2021 World Championship, Lee Sin was the most popular champion.

The groups on the Red Side had a better performance during this circuit. However, they do not get to show off that much as it was a close call if we compare with the Blue side: 50.06% of victories against 49.94%, in the Red Side’s favor. We are sure to see casual players using the same champions trying to emulate the big guys.

LoL is considered to be the biggest eSports in the industry. You might wonder when comparing their prize pools with DotA 2 or Fortnite. Riot’s mindset regarding eSports is a bit unique and pretty altruistic. However, it is not innocent and actually works really well for them. Nonetheless, smaller cash rewards or not, they are one of the best when talking about the events themselves.

The biggest prize pool in a tournament reached a total of $6.45 million.

The total awarded does not reach the likes of Fortnite, Dota 2, and Counter-Strike, but it is still enough to put LoL at the top of the eSports scene. The game is a heavyweight in the industry, and the number of tournaments is proof of that. Plus, this amount is actually pretty good compared to the overall industry and not just hard-hitters like the first three.

The Top 5 of the highest-earning players are fully dominated by South Korea.

It is an all-kill for South Korea. They have been the kings in League of Legends for quite a good number of years, and they will not let go. The ranking is actually full of South Korean/Chinese/Taiwanese players until #19, which Perkz has snatched from Croatia.

South Korea is dominating the chart as the top country with $30 million won in total.

At this point, I do not think that it is needed to comment on South Korea and China and their supremacy over LoL. They have a really high ratio in terms of representation, but also incredible skills.

2021 broke all the records, and never mind that the prize pool was even the same as in 2019. But it still attracted more viewers and even more players. The tournament was streamed on nine different platforms, and they all covered a total of 19 languages! The scale of the LoL circuit is on another scale when you consider that you also have to add the number of people in the audience on location.

The secret behind League of Legends’ longevity is, in fact, a multi-faceted mass of good marketing, high production values, and integrity. First of all, monetization: LoL rakes in billions per year when the game can be fully enjoyed for free. Nothing important requires money, and there is no paywall. The game makes money thanks to the 1000+ skins they continuously add, the battle passes often linked to time-limited events, gifts sent to other champions if you do not have the patience to unlock them for free or even ward icons. Spending money is completely up to the players, and it looks like they actually enjoy spending on LoL.

Secondly, the eSports: contrary to popular belief, even if LoL is the second-biggest eSports, Riot does not make much of a profit through the tournaments. Their policy is that those have to stay sustainable for the sponsors and the players who should always have a salary and the fans. Therefore, instead of always going higher or crowdfunding the prize money, Riot places all those people as their priority first. And it works considering how they are thriving. This model is not just altruistic: it is also a fantastic window to attract more players and more sponsors.

Finally, Riot made sure to play the Jack-of-all-Trades, but they are Master-of-all. The franchise has so many iterations with quite a wide reach. Between their music bands used to promote new skins with champions and real artists; their collaboration with big brands like Nike, UNIQLO, or Louis Vuitton; or their merchandise with limited items, LoL knows how to market itself without being too on the nose. Their latest success, the animated series Arcane on Netflix, is a stunning success that brought even more attention to the games. I myself decided to start LoL: The Ruined King after watching Arcane, even if I never had any interest in LoL before.