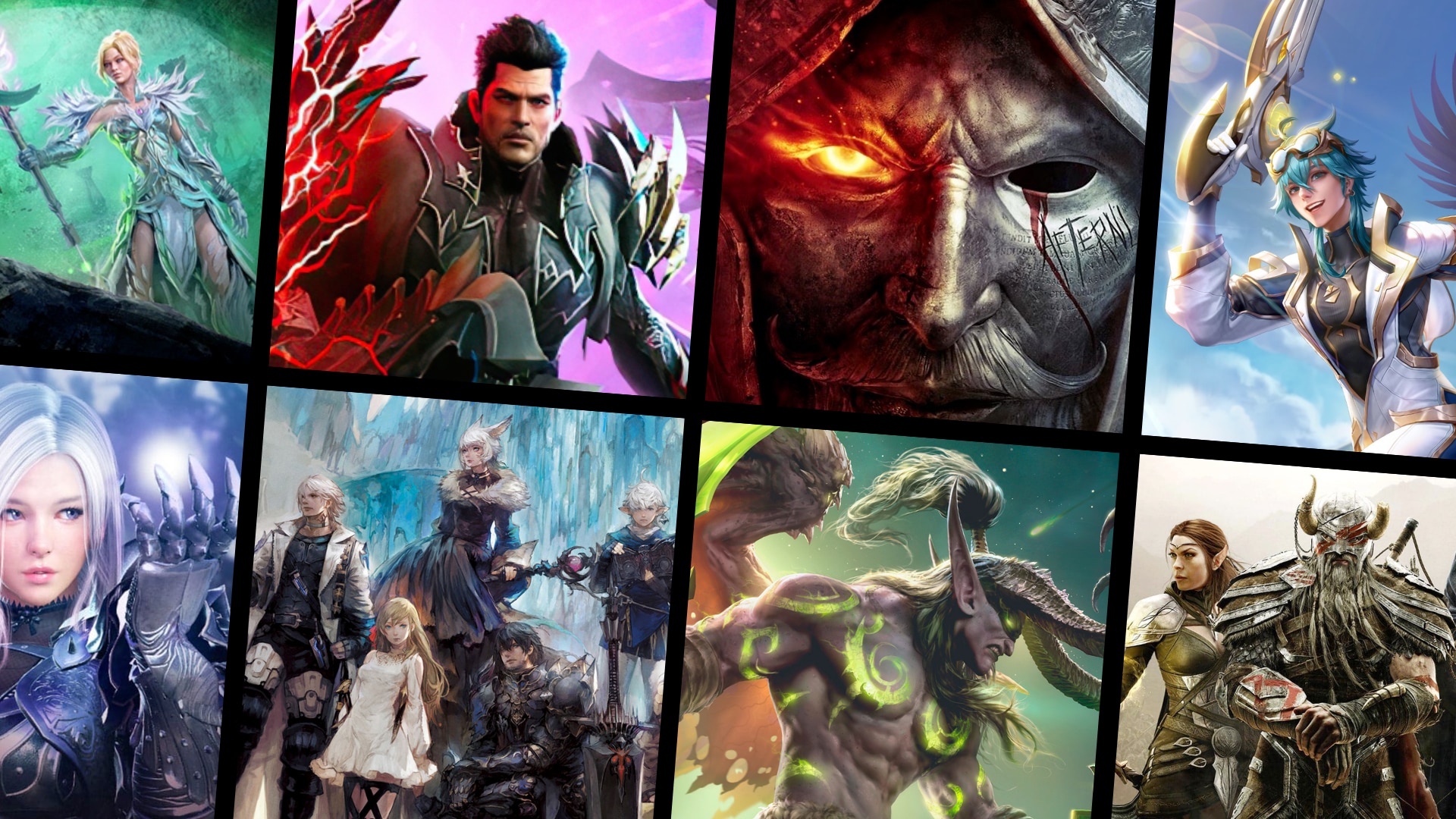 The term MMO is an acronym for massively multiplayer online game or a game where many players can come together and participate in whatever content the game is about. These games emerged back in 1985 when Island of Kesmai was released. While the game was very rudimental and included simple symbols on the screen with no discernible animations, it was a stepping stone for more developed games such as World of Warcraft and Neverwinter Nights to be released years later. Since 1985, the MMO genre has evolved into one of the largest corners of the gaming industry and it has been a massive influence on how much the video game industry is worth, so we are going to be taking a look at the entire genre and presenting you with some MMO statistics! We sincerely hope that this information is useful and that all of your questions are answered.

For this section, we are going to be taking a look at some of the most relevant and popular MMO games out there today to compare their success between them and to check out some relevant news regarding the genre in general. These games have seen their fair share of success in the gaming industry so you can be sure that there are quite a few numbers to consider.

World of Warcraft is the most popular MMO game with 122.6 million registered users.

Whenever someone mentions MMO games, most of the time, the game that comes to mind is World of Warcraft. The game came out in 2004 and has since been an instant hit with many gamers worldwide, many of which have dedicated thousands of hours to the game and accomplished a high number of feats and accomplishments. There is no denying that World of Warcraft has been a massive hit in the gaming community and will continue to be relevant for many years to come, and that’s why we’re using it as the base game for the information here.

World of Warcraft will no longer be available in China after 14 years.

In some cases, the best things must come to an end, and that happened with World of Warcraft and the Chinese gaming market after 14 years of the game being available to the country. The reason for the game leaving the country is that NetEase and Blizzard could not come to an agreement on their licensing contract, so the two had to part ways.

This line of stats is very complicated and it serves to show us how the MMO market is constantly evolving and growing the further time goes on, as is apparent when you look at the fact that the genre is expected tođ grow by a couple of billion dollars from 2021 to 2026.

New World players have to pay more taxes on their gold than Jeff Bezos does in real life.

Here we have some real-world stats to tie into the MMO genre through a pretty funny example of Jeff Bezos and his ineptitude towards paying taxes. New World was a fairly popular game when it just came out, being rated around 6/10 in most cases. In either case, the trading tax rates for New World are pretty steep and it is an unusual thing to have in an MMO in general.

Here we can see that a large percentage of MMO players are a bit older compared to the usual age of gamers in general, being around 18 to 24 years old. We can’t say exactly why this stat is the way it is, but we can be sure that the age of the rest of the MMO players in the world is a bit lower, just as you would expect. This is because the games are usually quite inclusive and players from many age ranges can play them comfortably.

One of the most common stereotypes that come with the MMO genre pertains to the idea that all MMO players are unemployed basement dwellers, but this cannot be further from the truth. From this line of stats, we can see that the vast majority of male MMO players are actually full-time employees, implying that they simply play the game in their free time as a way to unwind.

While these statistics are fairly old considering that World of Warcraft has been out for a very long time, they are still useful for some perspective on how massive the game is. World of Warcraft players tend to be quite dedicated to playing the game, and we are sure that all of these numbers have only been steadily increasing over the years.

Alright, in this section we are going to take a look at the Twitch stats surrounding some of the most popular MMO games to see what their user engagement looks like. MMO games are massively popular in the gaming community so we can be sure that we’ll see some impressive numbers in the Twitch category. Aside from that, we are going to also be taking a look at some of the esports earnings that a few of the most popular MMO games have made, just for the sake of perspective.

This just goes to show that World of Warcraft is definitely the most popular MMO game in the world as it acquired hundreds of millions of dedicated Twitch viewers throughout the entirety of 2022. The numbers that the game has pulled in 2022 alone are epic, but the interesting thing we’ll be taking a look at is in the next line of stats.

Lost Ark was released in 2019 and it immediately gained notoriety as one of the most popular MMOs of its time, quickly becoming a hit in the gaming community. The plot of the game is about gaining power by collecting fragments of the Lost Ark. The gameplay is interesting and it feels quite smooth in a game market where you have developers just churning out games for the sake of it. It had nearly the same amount of hours watched on Twitch as World of Warcraft, the domineering MMO of the last decade.

The World of Warcraft esports scene has awarded $7.6 million in prize money.

While MMO games are not that popular for their esports scene as they lack the replayability and competitive nature of games with more stable esports scenes such as Dota 2 and League of Legends. Nonetheless, the game still has a relatively healthy esports scene that has seen plenty of tournaments and millions of dollars in prize pools.

The most successful World of Warcraft player is Rene “Swapxy” Pinkera with $214,724 in earnings.

The final line of stats we have for you is concerned with the World of Warcraft player that has earned the most money from tournaments and can be considered the most successful player in general, at least on the pro scene. Swapxy is definitely a veteran WoW player and you can be sure that you can turn to him for any PvP or PvE questions you might have!

And that would be all we have to say about the magical world of the MMO genre! As you can see, MMO games have been around for a very long time and they have spawned some of the most epic and memorable titles, many of which are going to be remembered for years to come. Although this genre of gaming has received its fair share of criticism over the years, from comments about it ruining people’s lives and being a waste of time, the vast majority of MMO players are down-to-earth and they are some of the best members of the gaming community! We sincerely hope that you have enjoyed the information presented here and we hope that you learned something new!