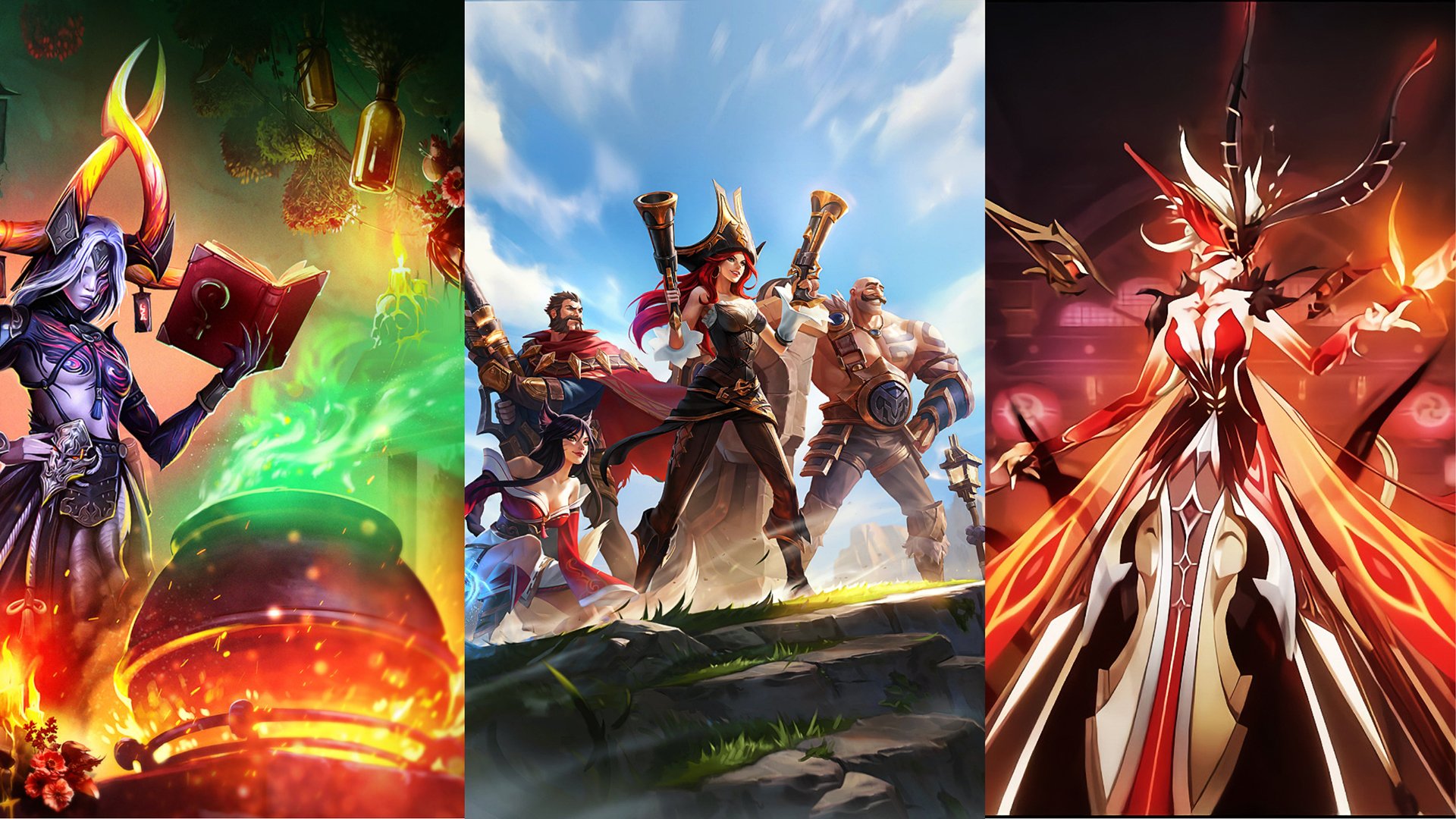 Bring your charger and jump into these amazing mobile games!

Most people in the world have played a mobile game in some capacity. They are an excellent way to pass the time and have some casual fun, while not requiring an entire PC or console. They range in themes from puzzle games to full-fledged adventure games you can get lost in.

Because of the wide scope of mobile games, we have created this list to narrow down the options of the best mobile games while maintaining a good deal of diversity so there is something for everyone.

If you want to specialize in a specific genre of mobile games, you are always free to read our other articles. If you prefer adventure, you have the best mobile RPG games, and if you’re of a competitive spirit, then the best mobile multiplayer games are for you!

You’ve probably heard of this game when it first came out since the Internet was absolutely plastered with ads promoting it. The ad campaign was so aggressive that it eventually got turned into a meme. Nonetheless, Raid: Shadow Legends is one of the best mobile games where you collect various champions as you make your way through the campaign, fortifying your group and growing in power. The places you can get to in the campaign take heavy inspiration from classic fantasy settings such as castles, forts, and much more. For a complete fantasy experience with a lot of content to uncover, you can always count on this game!

Another very popular gacha game, Genshin Impact has a notable anime theme to it, with a similar premise as Raid. You manage a party of heroes with different stats and playstyles, creating a very diverse experience that you can play for dozens of hours before getting bored. Each character in your party has mixed damage stats that make them an asset to the team, and creating synergies among characters can lead to massive gameplay improvements. As you progress through the game, you will unlock many characters and discover items that will help you, and if you’re the type to enjoy games with a friend, there is also a well-made co-op mode where you can tackle the world together! There is a ton of content to discover in this game and it will show you exactly why it’s considered one of the best mobile games.

League of Legends is one of the most popular games of all time, and this new version of, Wild Rift, brings all of the action and appeal of the original to your mobile device. It has done this so well that it has received acclaim as one of the best mobile games. It encompasses all of the gameplay of the base game, but it is optimized in a way that places all of the controls in a smooth interface, which makes the game easier to play and more accessible to new players. When you play the game, you can pick any champion from the huge roster and go into battle for a very intense and fun experience. In-game fights can get hectic and hard to follow so there is a considerable learning curve, but once you cross that, the game is incredibly addictive and satisfying.

Now we have a game that offers one of the most relaxing and immersive experiences you can have in mobile gaming. Alto’s Odyssey is the sequel to the 2015 viral game Alto’s Adventure (which can also be considered one of the best mobile games) and changes the setting from snowy mountains to the somber desert. The gameplay is quite simple — snowboard across the endless desert, jump across obstacles and perform aerial tricks. While the premise seems to be quite simple, the game has added many new features where you have to interact with the environment in new, innovative ways. Something that caters to people with anxiety is the addition of a zen mode, where you don’t have any obstacles or goals and you can just vibe with the endless environment. This is best enjoyed with headphones.

One of the most popular games and best mobile games of 2019-2020, Among Us is a fantastic game where a crew of jellybean-looking astronauts is tasked with performing various repairs on their spaceship. The catch is that not everyone can be trusted since one of the crewmates is actually an impostor who has to stealthily kill the crewmates one by one until no one is left. Of course, dead bodies are bound to be discovered eventually, at which point anyone can call an emergency meeting to discuss the situation and figure out who did it. The key here is to be such a good liar that you can convince 10 other people that they’re wrong. As you can imagine, this can lead to some pretty heated arguments, and as much comedy as you can ask for. While playing Among Us, you’re sure to gain friends, and probably lose them in the same fashion.

From heated space debates, we move to calmer pastures. Crossy Road is a very simple game that is based on the popular “why did the chicken cross the road” question. In the game, you control a chicken that has to jump from lane to lane, avoiding traffic, water, and many other obstacles you come across. Tapping the screen sends you forward while swiping moves you from side to side. That’s it, easy as pie! As you play, you can encounter coins on the ground that you can redeem for a chance to win a new character that replaces the standard chicken. Some characters have themes that can change the dynamic of the game, like replacing obstacles in the environment. Overall, it’s one of the best mobile games that is great when you just want to kill some free time.

Geometry Dash is a rhythm platformer game where you play as a square that moves along the map, jumping over obstacles that are progressively generated as you go. The addictive nature of progress is what hooks you to the game and why it’s considered one of the best mobile games around. At the start, everything is simple as you jump over simple obstacles like blocks and spikes, but the challenge becomes real when the pace picks up and you find yourself in more complicated situations that require you to think quickly. The soundtrack of the game is phenomenal and groovy, making the whole experience more enjoyable, even though you will find yourself screaming in frustration because of how difficult the game gets.

This is one of the most popular card collecting games on the Internet. Not only that, but its mobile adaptation has been considered a titan of the best mobile games. The main theme of the game is the Warcraft universe and many of its characters converted into card form with attached values for health and damage. In a match, two players flip a coin, and whoever wins gets to go first. The loser gets the coin as a card. Each round, you get one mana point that you can use to summon your units and cast spells, up to a maximum of ten. One card is drawn from the deck each turn. From here, all you have to do is do your best to outwit your opponent ad reduce their health to zero. It’s a very fun and addictive game that you can play for hours on end.

Monument Valley was an absolute hit in 2014, amassing almost 30 million downloads from players who loved it and wanted more. The sequel, Monument Valley 2, was even more popular on release, getting over 30 million downloads. It’s an indie game where you control two characters, Ro and her child as they make their way through beautiful isometric puzzle levels that can be solved from multiple angles. Depending on the goal of the level, you can control only one of the characters, and the goal is usually to clear a path for them by moving them to different points of the level or manipulating the environment, it all depends on you. If you’re looking for an unforgettable experience in one of the best mobile games, you will not be disappointed!

The creators of Dota 2 came up with the idea for this game by taking inspiration from the arcade game inside Dota 2. Dota Underlords is an auto battler where you play “chess” with the various characters in the game, each with its own damage numbers, abilities, and class. Heroes with the same class can be put on the same board to create synergies, giving them bonuses. The gameplay is designed in a round-based system, where players pick a hero from a random selection at the beginning, place it on the board and fight a random player and their Heroes. Winning matches gives you gold, allowing you to buy new Heroes. If three of the Heroes on the board are the same, they merge to create a stronger unit. Dota Underlords is one of the best mobile games that accommodates new players very well.

That would be all we have to say about the best mobile games you can play at the moment. As you can see, we have included many genres of games so there is something for everyone. If this isn’t enough, you can also take a look at our best IOS games article, as well as our best naval games article!