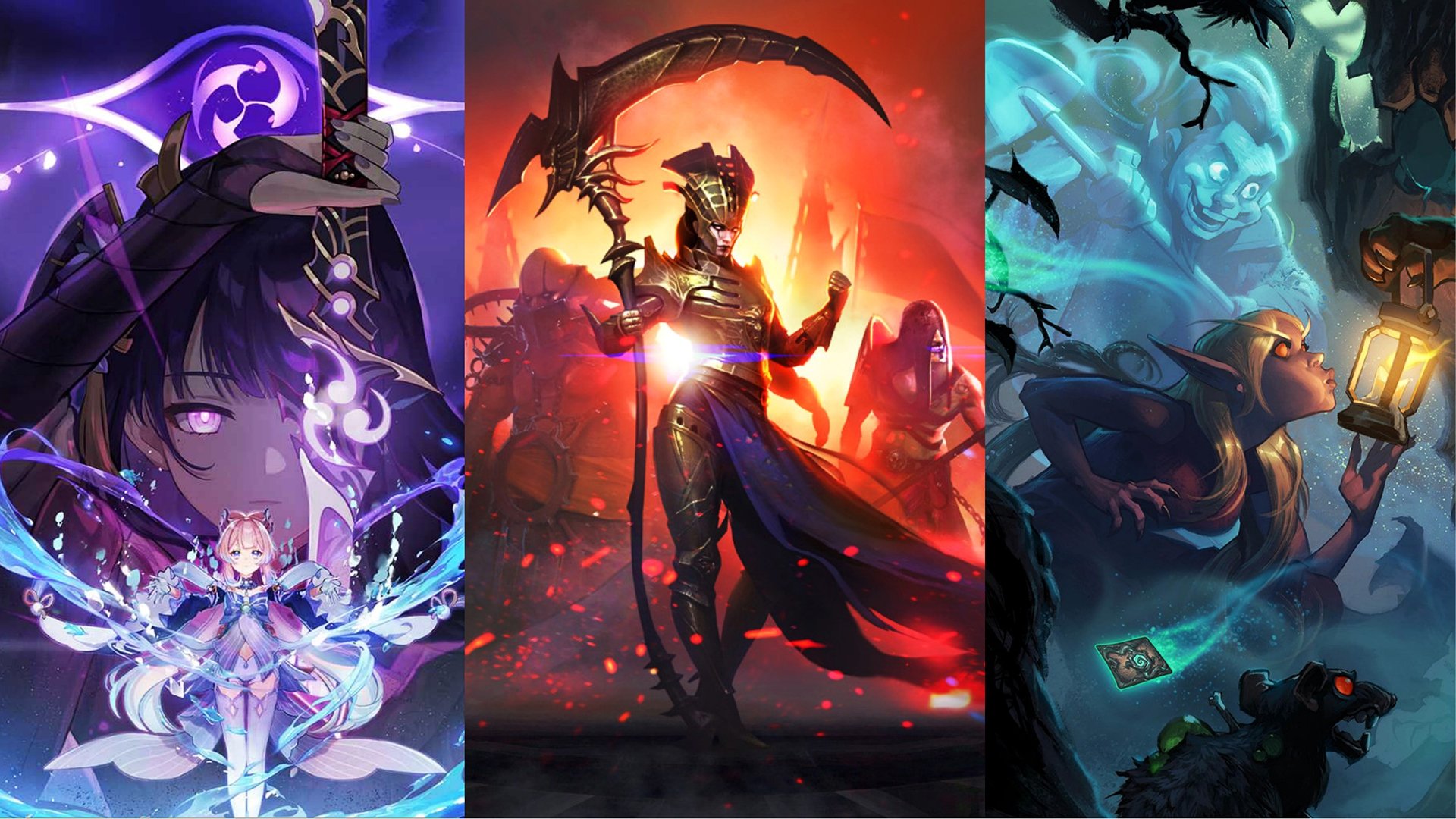 Whip out your phone and your charger, these games are ready for you!

Years ago, you used to only be able to play mobile games with other people through the in-game leaderboards to see how you were doing compared to other players. Nowadays, the mobile gaming sphere is filled with many games that have a dedicated multiplayer section where you can go toe-to-toe against anyone around the globe seamlessly.

The only problem can be choosing the right game for you out of all the ones available. We’re here to help you narrow the list down by giving you some of the best mobile multiplayer games available today so you can have some fun with your friends and make friends along the way!

A relatively new game that is taking the Internet by storm, Raid: Shadow Legends is an innovative gacha game that is set in the land of Teleria. Your job is to amass an army of champions to defeat the dark lord Siroth. During your travels, you’re going to come across many different enemies to defeat, as well as many castles and strongholds to siege. The campaign is rich with 12 action-packed missions ready to be conquered. To engage in battle, players need to expend a certain amount of energy that can be replenished over time, by purchasing it from the in-game store, or by the use of Raid: Shadow Legends promo codes. What makes this one of the best mobile multiplayer games is the amount of content you get to enjoy for no money. Overall it is a very fun experience that is worth coming back to.

From the dark land of Teleria, we instead turn our attention to the much lighter land of Teyvat. In Genshin Impact, you control a party of four powerful characters, each with their own abilities as you go through the world looking for quests to complete and for enemies to defeat. Once you get into the story you can expect a solid amount of combat. Of course, combat can be made a little easier if you use Genshin Impact codes, but that’s up to you. The combat itself is quite intense and fast-paced because you can switch out your active character at any time so you can combo your abilities effectively. Genshin Impact is a gacha game that doesn’t have the many pitfalls of other gacha games on the market, so you should check it out if you want a solid experience playing one of the best mobile multiplayer games.

It comes as no surprise that a game as popular as Among Us also has a mobile version. In this version, players are able to do anything that the PC game allows, so you have the same depth of gameplay. In this game, you are placed with a crew on a spaceship, with one of you being a murderous imposter. Players must complete tasks to repair the ship while trying not to get killed by the imposter. Should you see some suspicious activity, you can call an emergency meeting to discuss what everyone saw to vote for who you think is the imposter. It is a game with a lot of depth to it and the added betrayal function is great when you want to have a good time with your friends! This is one of the best mobile multiplayer games that have saved many people from going insane in quarantine.

One of the most popular games at the moment, as well as one of the best mobile multiplayer games, Roblox is a sandbox game focused on the idea of creative players designing their own games covering various themes. Once you get into the game, you can choose from tens of thousands of interesting titles and jump in to participate. There is also an element of character creation and customization where you can modify your blocky character as much as you want to point out your own style. Game themes range from simple obstacle courses to full-blown remakes of other popular games you can play on high-end PCs. If you want to learn more about this amazing game, take a look at Roblox statistics and facts.

Ah yes, the Facebook classic. 8 Ball Pool is one of the best mobile multiplayer games where you play billiards with your friends or strangers. The game is set in a top-down perspective where you can see everything that is going on, and the gameplay rolls out like any other game of pool you might play in real life. There is a lot of customization in the game, believe it or not, as you can modify all parts of your table, as well as your pool cue. More modifications are available of course, but those take time to obtain as you need to win games and tournaments, or you can purchase them with real-life money instead. 8 Ball Pool is a great game when you just want to relax and have fun with friends.

A titan of card games, Hearthstone is set in the world of Warcraft and basically, all aspects of the game take after the Warcraft universe in some way. A game of Hearthstone is an action-packed, intense experience where players need to think about their moves strategically, almost like a game of chess. Players expend their mana points to play cards of varying power, and the longer the game goes on, the stronger the cards you can play get. The multiplayer aspect of Hearthstone is the most important as players can climb the ranks by defeating others, netting them better cards at the end of the season. There is also a strong single-player presence where you can complete campaigns modeled after Warcraft battles and quests. All of these aspects come together to make Hearthstone one of the best mobile multiplayer games ever.

In 2016, Playerunknown’s Battlegrounds achieved global fame as the best battle royale game available. Two years later we saw the release of the mobile version of PUBG, which was incredibly popular among the mobile gamer community and cemented its place as one of the best mobile multiplayer games out there. The gameplay features either a solo mode or a squad mode, depending on what you choose, and players are tossed out of an airplane to parachute down to the map. Last person/team standing wins. During combat, there is a ring of noxious fumes closing in, so you have to move accordingly unless you want to get involuntarily fumigated. You can find weapons and vehicles across the entire map, so need to put an emphasis on exploration.

Clash of Clans is a very interesting game where your goal is to construct a solid village complete with defenses, barracks for your army, as well as constructs to give you resources. You can progress the storyline by attacking goblin settlements, earning gold to upgrade your own village. The multiplayer side of Clash of Clans is apparent when you finally get to the point where you can raid another village to destroy it and climb the leaderboards as the best village chief. Take a look at Clash of Clans statistics and facts to learn more about one of the best mobile multiplayer games around today!

The mobile version of Minecraft is not as good as the original, you have to admit that. However, Minecraft features a very complete open world where you are free to explore as much as you want and do whatever you want. There is a lot of complexity that allows you to approach playing in multiple ways, allowing you to get creative. Should you wish to enter the multiplayer section of Minecraft, you can simply join a multiplayer server and enjoy the game with other players. Some servers are quite simple with the purpose of just adding another player into your world, while others are much more complex with rules, factions, games, property, and much more. Together with the PC version, Minecraft Mobile is definitely one of the best best mobile multiplayer games available.

One of the best mobile multiplayer games you can play, Terraria has many similar features to Minecraft, with the exception of being a side scroller rather than a 3D open-world adventure. You can modify almost any part of the world in Terraria by digging and excavating, and collecting resources allows you to craft supplies and construct buildings. As you progress in the game, you’re going to discover some bosses which can be quite tough to beat. No worries though, as everything I have just mentioned can be enjoyed in the company of a friend of your choice!

That would be all. We sincerely hope that you have found what you were looking for, as these games are true masterpieces of the multiplayer genre and deserve to be played. This selection of the best mobile multiplayer games has been curated to suit everyone’s tastes. If you are a hardcore mobile gamer, take a look at our best mobile RPG games article to find a brand new selection just for you!