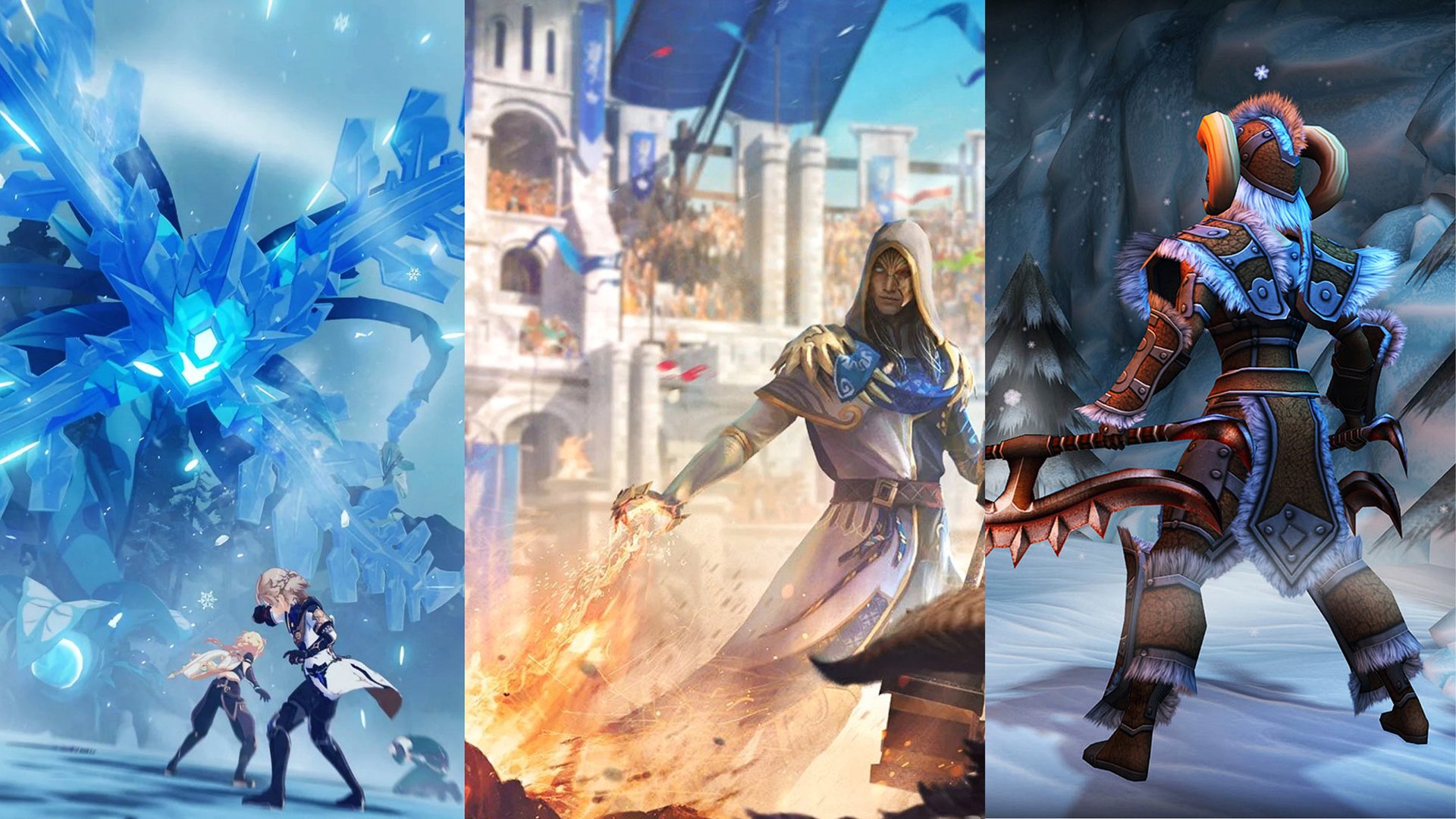 Embark on an epic quest to achieve glory with these fantastic games! Bring your charger, too.

Some of the most popular games we have today are RPGs. The goal in these games is to create your own character and go on an adventure in the game’s world. Because of the massive popularity of RPGs in general, the genre has migrated to mobile, as well. While they might be a bit scaled-down, there is still a lot of content to discover in mobile RPGs as they can provide you with an amazing experience no matter what.

We have constructed this list to help you get an idea of what some of the best mobile RPG games are today. They range in theme from simple side-scrollers to full-blown open-world adventures with all of the complexity of other modern RPGs on PC and console. We sincerely hope you can find that one game that clicks with you so you can play it regularly.

The role-playing genre might not sit well with everyone at first glance since there are so many different gamers out there with many different tastes to satisfy. If you’re one of those gamers and want something with more combat, some extra kick, then you should take a look at best war games or best WW2 games.

While being a gacha game, Raid: Shadow Legends is a very good representation of what an RPG is supposed to be, and deserves to be considered one of the best mobile RPG games of all time. You don’t pick a single character here, but rather, you collect champions that you can deploy in a single party to do battle with enemies and siege castles as you make your way through the rich and intense campaign. There are twelve missions in this game in the single-player mode, while players can also form Clans to take on bosses in a multiplayer setting, as well. One of the only things holding Raid: Shadow Legends back is the fact that you can’t go into combat unless you have enough energy, which recharges over time. If you don’t want to wait forever for your energy to come back, take a look at some Raid: Shadow Legends promo codes to help you along.

A game that falls into a similar vein as Raid: Shadow Legends, Genshin Impact is an anime-themed RPG where your goal is to assemble a party of heroes to cross Teyvat, the world where the game is set. Because of the party system, Genshin Impact provides players with an intense combat experience. When in combat, players can quickly switch between members of their party to unleash powerful combos onto the enemy. You have to utilize these tactics against enemies you come across, including the bosses of the lands of Teyvat. The game is best enjoyed after you read up on its specifics so you’re not too confused when you start playing. Take a look at Genshin Impact codes to learn more ad get more items. If you’re a fan of the best mobile RPG games, you can’t go wrong here.

This game is amazing. The review should stop there but there is more to say about Stardew Valley. It’s a very pleasant and wholesome experience to go through because the game is masterfully crafted to have many different mechanics, storylines, and characters all melt into something cohesive and easy to understand. You are a farmer tasked with taking care of the farm your grandfather left you after his death. You can do most things a regular farm enables, such as growing crops, raising animals, creating products derived from animals, and much more. Everything you could ever want out of the best mobile RPG games is here and anyone looking for a good experience where you can just chill should take a look at this game.

Chrono Trigger is a Japanese game from 1995 that has remained a staple for anyone looking for a good RPG experience. The gameplay is top-down, similar to the perspective of old Pokemon games, and other examples of the best mobile RPG games, where players have to traverse the massive map to complete the story. Along the way, you might get ambushed by enemies lying in wait or you can actively look for fights with enemies that are out in the open, after which a menu pops up where you select which attacks to use, as well as see other status effects. Fighting people is not the only thing you can do, seeing as you can also solve puzzles and complete quests along your path, so you’re never going to have a dull moment.

One of the older RPG games on this list, Eternium paved the way for other developers to create their games. Eternium is set in a dark world where your goal is to traverse the map in search of demons and skeletons to destroy in order to level up your character and become stronger. As you progress and complete more of the story, more tactical options will make themselves available to you, so there are layers of complexity to the game. It is a classic experience, to say the least, and it would be a shame for you to try the rest of the best mobile RPG games without taking a look at the OG.

This one is for all the cat lovers out there. In Cat Quest, you assume the role of a humanoid cat as you embark on a journey to recover your kidnapped sister. Since it was based on Dragon Quest, which can easily be considered one of the best mobile RPG games ever, it has many of the same features of the game and of many modern RPGs today, like dungeon crawling, and item progression, and intense combat. You wouldn’t expect it, but Cat Quest has some very nicely detailed parts of the world and a very well-defined storyline so it is very enjoyable on top of being very fun!

Severed is a darker game than others, but the thematic that surrounds it is incredible and it is a wholly unique experience for anyone looking for the best mobile RPG games to play. You assume the role of Sasha, a warrior who only has one arm as you make your way through a very dark and scary world searching for your family. On the way you’re going to meet many different creatures you can defeat in combat and, if you’re lucky, you can also sever their limbs to give yourself more power. It also has dungeon combat and a heavy focus on exploration, so you should check every nook and cranny of the world to get the most out of it.

Arcane Quest 3 is set in a derelict world where you and your adventurer guild aren’t in the best of positions so you need to fight to restore peace to the world and to bring your guild back to its former glory. You can play many different missions in a dungeon style, clearing room by room until you either clear all the rooms or get to a boss. Either way, you’re going to be doing a lot of fighting. Defeating the host of monsters in the dungeons will allow you to level up your character and get stronger to be able to progress the story further. The story itself is quite long and spans many areas aside from dungeons, you can expect to have a D&D-like experience for as long as you play. Of course, some of the best mobile RPG games would be modeled after D&D!

A fairly cheery game, Postknight has you step into the shoes of a postman who is also a knight as you make your way along the world. During your trip, you will be assailed by many different monsters which you can attack in order to pass. The combat is very simplified where you can either block attacks, charge enemies or heal your wounds to restore HP. It doesn’t get more complicated than that, other than the fact that you can woo certain female NPC you come across along your journey, building up your relationship with them. As you can see, some of the best mobile RPG games do not have to be too complicated to work well.

Finally, a platformer set in the realm of the best mobile RPG games! Grimvalor has a strong focus on hack&slash gameplay where the combat is very intense and high-paced. You battle enemies in many different environments where the brilliant story gets emphasized to the maximum. When it comes to the end goal of the game, you are a single warrior whose goal is to restore peace to the realm you’re in. This ties in very well with the dark fantasy aspect of the game and is an overall great experience for anyone looking for a story-driven masterpiece.

And here is where our quest comes to an end, weary traveler. We sincerely hope that you have found what you were looking for because these games are truly genre-defining and they are marvelous representations of reconstructions of fantasy literature and more popular PC games. They are the cream of the crop when it comes to the best mobile RPG games. Should you find yourself wanting a new experience that isn’t tied to only mobile gaming, check out best cross-platform games to get a few ideas.