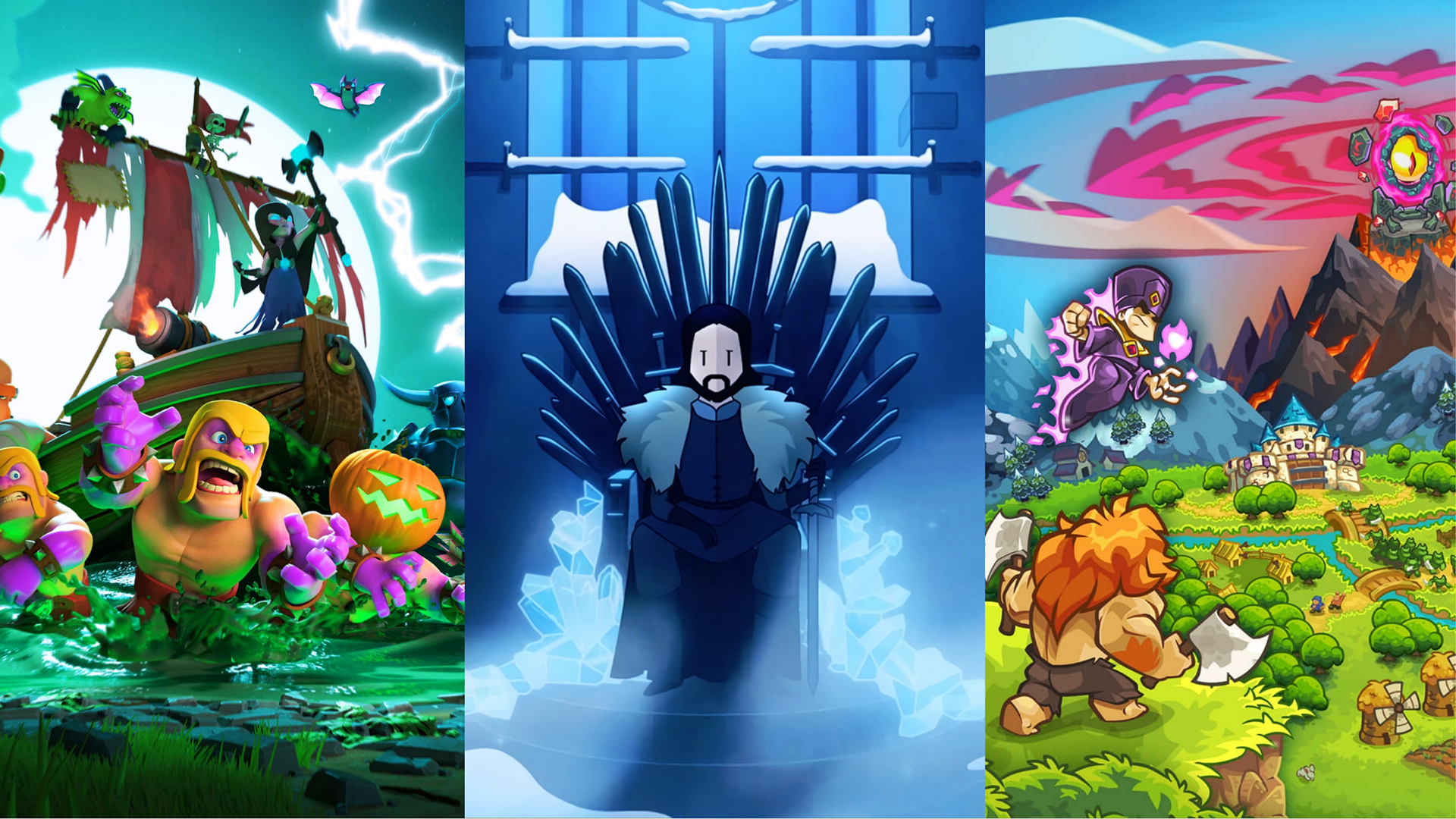 No more mobile strategy games in your library? Look no further!

Strategy games are always fun when you want to let the old cogs spin and come up with new solutions to a wide variety of different problems. Usually, you have to plan ahead, outsmart the enemy, and achieve victory in the most creative and efficient way possible. Strategy games also range in theme from quite cartooney to grim and serious, so there is something for everyone.

How about you try to test your skills in the best mobile strategy games? We’ve curated this list of the best of the best to give you quite a challenge while remaining fun and intriguing throughout the entire process.

We always try to give you the most accurate information available, as well as across a wide variety of topics. If you’re still not satisfied after reading this, you can also check out our other articles, such as best gacha games and best RPG games.

Plague Inc. is one of the best mobile strategy games you can play, namely because of its fantastic premise. In this game, your job is to make sure a virus of your choosing can infect the entirety of the world, and then become lethal enough to kill everyone while they’re infected. To help a virus spread, you are periodically given virus points that can be used to upgrade your virus in some capacity, such as infectivity, so it’s more easily transmitted between people, or resilience, which will make it harder to doctors to find a cure in time. There are a lot of things that make Plague Inc. an enjoyable game, and most of those you should discover yourself once you start playing.

The destroyer of middle school productivity, Clash of Clans is a management experience that has attained popularity as one of the best mobile strategy games. In this game, you are a Chief that has to manage a clan. Your job is to manage everything in a way that allows you to progress as much as possible. To do this, you need to collect resources that you can use to upgrade your Town Hall, and the Town Hall will grant your new structures, units, and defenses to use on your village as you see fit. The only problematic thing when it comes to managing the village is fending off attacking forces from other villages. If your defenses aren’t set up properly, enemies will have no problem capturing your village and destroying your Town Hall. This is why you should try your best to think ahead and set everything up in the best way possible.

The Battle of Polytopia

The Battle of Polytopia is a wonderful city-building strategy game that is set on a very simple map — a square floating through space. Despite its simple graphics, this game can provide you with hours of fun due to the way it is presented in. To start, you have the freedom to choose from a variety of different tribes, each with its own playstyle and characteristics that make it useful. Once you make your selection, further progression is secured by conducting research into different technologies and social advances, which will make you stronger in the long run. Your ultimate goal is to become the ruler of the world by overthrowing and conquering the other tribes on the map. Once you get into the game, it becomes quite addictive and hard to get away from. The best mobile strategy games should always have a level of creativity similar to this one.

To be honest with you, Game of Thrones was a fantastic show up until season 7, by which point it had devolved into a steaming pile of crap. The fanbase disappeared overnight and people only mention it to point out its flaws. However, there is redemption! Reigns: Game of Thrones is a strategy game that allows you to make your own decisions within the same narrative of the series. This is great because we can enjoy the thematic of Game of Thrones through one of the best mobile strategy games. Very similar to the perspectives in the novels, you switch between all of the different characters, influencing different parts of the kingdom to obtain a specific outcome. Depending on which paths you choose to take, the story can go in any direction and any person could end up on the Iron Throne. The tricky bit is to pull the right strings so the person you want is on the throne, not Bran the Broken…

An incredibly colorful game, as well as one of the best mobile strategy games, Bloons TD 6 is a tower defense game where you have to place towers strategically along a predetermined path. Once you have everything placed, waves of balloons will start marching in a single-file line and your towers will do the rest. In the beginning, everything is simple, but as the waves progress into higher levels, new types of balloons will spawn, which are much more difficult to pop. This is where the challenge of the game lies and what makes it so addictive. There is something about progressing so far into a game only the be thwarted by a single balloon that makes you want to try again. Either way, the game is wonderful and cheery, great for players who are looking for a fun experience.

Moving on, we have a very simple and minimalistic game that is all about building your space station. Minimalism does not stop it from being among the best mobile strategy games, for sure. The entire station is comprised of shapes you might see in Tetris, with each shape corresponding to one type of room. You have workers that are in the same shape, and each one is designated to work in that room for it to increase in size and support the rest of the station. Each worker can research a different type of monolith which can give them bonuses in various areas. As you progress, you will get attacked by space creatures that can get quite difficult to kill if your defenses aren’t set up properly. The goal is to either survive 28 waves, research all of the monoliths in 45 minutes, or research four monoliths in general. While the game has no story to speak of, it still provides you with a nice reward response for managing the station efficiently.

This is one of the best mobile strategy games that has gained massive popularity over the years. The premise is quite simple — you have a map with a path that enemies will walk down. Along this path, there are focus points where towers can be placed. Your job is to place the towers in such as way as to stop the enemies from reaching the end of the road. Killing enemies will provide you with gold that can be used to unlock tower upgrades, as well as new tower branches. You have mage, archer, artillery, and barrack towers, and each of these has some sort of benefit against different enemies. The trick is to take note of which enemies are spawning and place towers so that the enemy’s weakness is exploited. The game is super fun and there are a lot of levels available, so you can come back to it all the time!

Civilization VI is one of those games that you can just love to bits and play time and time again. In this game, you are the ruler of a specific nation from a period in history. You start by selecting your nation and from there you can choose what to do with it to make it prosper and flourish. Research can be conducted depending on what you need and what you want to focus on. There is also the option of choosing your government/religious system, which has a substantial impact on the way things are run when it comes to diplomacy and general management. Civilization VI is a classic strategy game that carries all of the conventions that the best mobile strategy games should have, so it’s a perfect starting point if you’re just getting into this genre.

Good art direction and a unique style are sometimes all a game needs to be considered one of the best mobile strategy games. This is the case with Kingdom Two Crowns, where the entire perspective of the game is shown in a 2D, sidescrolling perspective. The player is given a random king or queen, as well as their steed, which they can use to traverse the lands of their kingdom, meeting new additions such as builders and simple peasants. You can interact with these individuals to get them to join your kingdom, eventually giving you coins to use to improve the land. The whole aspect of gameplay is reduced to simply either going left or right, but there is so much substance to the narrative and to the characters that you don’t even mind the controls. Visiting landmarks can also get you coins. The whole goal of the game is to expand the kingdom to new horizons, one person at a time.

This game was published by Nintendo back in 2017 as a spinoff version of the Fire Emblem series, only for mobile. Over the years and especially around its release, the game amassed a huge number of fans and received numerous awards. The best mobile strategy games always have to have a strong fanbase to help the developers improve it. The gameplay is party-based, where you can control a party of 4 Heroes as they go on a journey to defeat enemies. The gameplay and combat are presented on an 8×6 grid where your characters can move according to their class and movement restrictions. Some units have more freedom to move than others, but they are all balanced in a way that allows them to be useful in some respect. The combat is turn-based, with an enemy phase, as well as a player phase. During your turn, you can freely move your units and attack enemies, provided they’re in range. To win, all you have to do is kill all of the enemies you encounter. The rest of the game involves you going on missions where you will encounter many more enemies to defeat.

That would be all in regards to the best mobile strategy games for this year. We tried to include as many different themes as possible, so no one is left out. If you still need more titles, please consider checking out our other articles like best mobile multiplayer games and best free PC games!