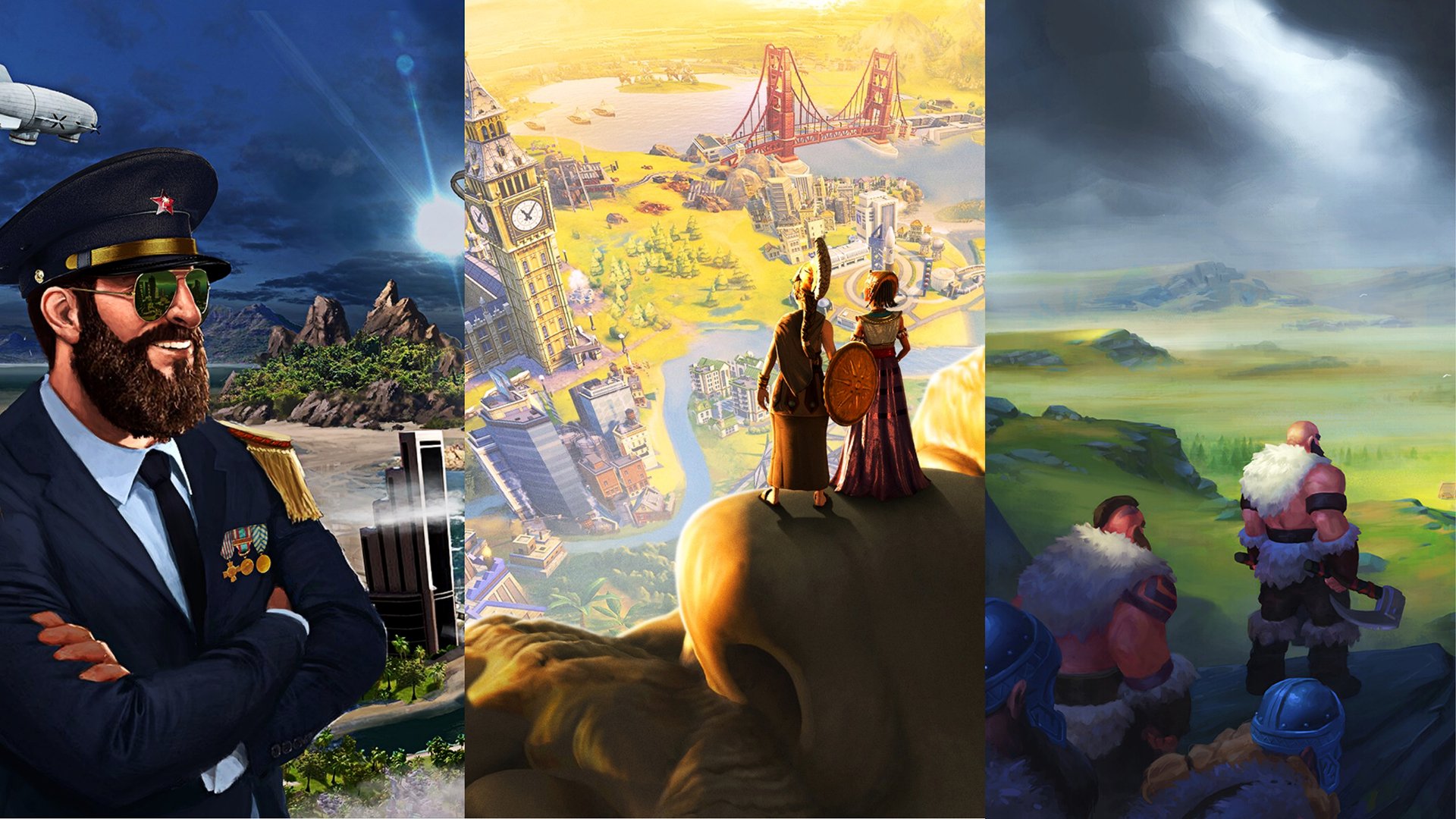 Design your dream city in these fantastic titles!

City builder games are great when you want to take a break from the real world and design your own, with your rules and standards. There is a very wide variety of city builder games to choose from, but some of them tend to be a bit pay to win, so it might be a tad difficult to find that one game that has a good balance of complexity and appeal that can draw you in and keep you occupied for hours.

Lucky for you, you’ve got us! We prepared this list of the best city builder games so you never have to be unsure about what you want to play. Each entry here is extremely well-designed and gives you a fair bit of freedom to do whatever you want, so you won’t be disappointed!

It’s important to know when to take a break when it seems like you’ve been playing games for too long, and you might want to have a new, refreshing experience before you head back to your regular game. If you’re looking for something new and fun, by all means, check out our other articles like best mobile multiplayer games as well as best mobile RPG games.

This is one of the best city builder games that rotates around single sessions of playing, where the player (that’s you) is given a small island. You are also given the choice of a building to place anywhere on the island so long as it makes sense. For example, you wouldn’t place a sawmill in the water, but near a forest. As long as your buildings are placed in their respective spots, they’ll earn points for you which will allow you to unlock more kinds of buildings, as well as upgrades for existing ones. You can’t destroy buildings you place, so you have to be careful and plan ahead to make sure something you do in the early game doesn’t come back to bite you. Islanders is a wholesome, casual game that can give you a lot of hours of fun if you give it a chance.

Keeping with the island theme, Tropico 6 places you in the role of El Presidente, a wealthy entrepreneur who wants to build the largest cluster of islands in the world. Usually, Tropico games only give you a single island to manage, but the sixth installment of the excellent franchise takes a different direction, where you can control multiple islands and connect them with bridges as soon as you get to the appropriate era. Speaking of which, Tropico 6 features 4 eras that you can evolve through, and those are The Colonial Era, World Wars, Cold War, and finally, the modern era. A progression system like this means that you can expect a lot of variety when it comes to the buildings you can construct, as well as activities for your people. Overall, Tropico 6 is one of the best city builder games from a long-standing series that should not be missed.

Let’s take a break from all the water and islands, and look at a game that is more inland. In Civilization VI, take assume the role of a manager over a civilization of your choosing. The Civilization series has had a lot of time to make sure that Civ VI is one of the best city builder games around. Each civilization has its own specific ruler, and you have a very wide selection of them, ranging from Queen Victoria to the likes of Gilgamesh. Naturally, this carries a lot of variety with it, since every civilization also has its benefits that make it better/weaker than others. The way your rulers handle other civilizations can also make an impact, since you will not have the same relations with others if your ruler is someone like Gandhi, as with someone like Chandragupta. This adds some historic realism to the game where you can see that the demeanor of others can have a huge impact on the diplomatic process. Anyway, to win the game, you have to manage your civilization efficiently, researching new technologies and updating your systems of government to suit the times. It’s an incredibly complex game that anyone with a penchant for strategy will love!

Next, we have a game that is a great representation of how you can take real-world ideas and add a twist to them so you have a new experience that is even better. Northgard takes a classic approach to city building, where you manage a clan of Vikings who have sailed across the seas to find a new continent to tame — Northgard. You have to manage different facets of society inside your clan, such as hunting, gathering, shipbuilding, and lore collecting. There is also a story mode where you can partake in an adventure reminiscent of the Viking sagas, where you scour the continent looking for a stolen ornamental horn. This is one of the best city builder games, and it’s not very graphically demanding, so everyone can try it out!

Frostpunk is one of the best city builder games that is set in a post-apocalyptic environment where the world has frozen over and everyone is suffering, unable to find warmth and shelter. You assume the role of the Captain, who has to manage a small settlement of survivors so they don’t die from starvation or the cold. Your base is set around a generator, which requires coal to run properly and give warmth to everyone. You can assign roles to people so you have a constant flow of resources coming into the camp, such as wood, coal, and supplies. The more you play the game, the further you can increase the range of your generator’s heat, which will allow you to construct more buildings. There are also systems of either government or religion that you need to keep in check, otherwise, your camp might fall into anarchy. While the game is tough, the experience is well worth it and you should not miss it!

Let’s be honest, if you want quality, sometimes you can’t go wrong with the classics. SimCity 3000 was released in 1999 and remains one of the best city builders ever. In this game, you assume the role of the Mayor, who has to construct a full-fledged city from nothing. The building time is slow but very worth it in the end when you have a prospering city with a lot of people living in it. You can manage many different things in your city, from waste management and electricity to education and taxation. Speaking of taxation, this is one of the ways you can get income, and the more buildings you have, the higher the taxes, making you a very rich businessman! You can get lost in this game, constantly improving your city and adding new things to make it more efficient. The SimCity series paved the way for everyone else to make some of the best city builder games, and the reasons why are very obvious.

Moving on, we now have Cities: Skylines. This is one of the best city builder games because of the freedom it gives you to do whatever you want. The basic premise of the game is “Here’s some money and some land, have fun.” From here, you construct any building you want to have, branching your infrastructure out to make a complex system of buildings intertwined with basic services like plumbing, electricity, etc. Like many other city builder games, you also have the option of upgrading your buildings when you get to a certain point, further increasing their efficiency. Something you don’t see too often in these games is a well-designed transportation system but Cities: Skylines has you covered there, as well. Overall, the game is very complex with a lot of replayability so you can re-visit it at any time and have just as much fun as before!

Factorio is one of those games where you start playing, you realize how complex it is, and then you decide “yep, this is gonna ruin my sleep schedule”. This is no exaggeration. In Factorio, you are an engineer stuck on an alien planet with crude resources and you have to use the land to create supplies for yourself. To give you an idea of the scope of this game, you have to chop down trees and mine rocks with the intent of creating a functioning spaceship to get you off the world. Naturally, there is a lot of progression so you can go from using hand tools to adding conveyor belts that transport resources to “factories” that make more complex things. Electricity management and oil refining are also a thing, so you can imagine how much stuff there is to do here. The fact that the game is presented in a top-down perspective makes it much easier to follow and lets you more easily manage everything. Complexity like this is what we all look for in the best city builder games.

The reviews of this game have been overwhelmingly positive, and that’s for a good reason. In Dorfromantik, you are given a blank world with some hexagonal tiles placed in the middle of it. If you look at them, you’ll notice that the tiles have some sort of landscape on them. Each tile can have multiple types of land on it, such as housing, forests, water, desert, and this is a very important gameplay mechanic. To get points and win the game, you have to place new tiles that correspond to the ones already on the map. It’s essentially like picking the top card from a stack of cards and adding it to the pile. Tiles can be rotated to fit where they need to, so you can look at the game from different perspectives to plan everything and decide the best course of action. People have described this game as one of the best city builder games that offers a very relaxed experience where you do not need to exert yourself to create a perfect world.

If you’re a fan of space-themed city builders, the Surviving Mars is perfect for you! In this game, you tackle the same challenges that modern-day scientists struggle with when they try to approach the topic of colonizing Mars. You have to manage a group of colonists as they try to make the planet habitable. This Sci-Gi setting is very popular among the best city builder games. Similar to how Civilization works, you can choose a group of your choosing that has different benefits for survival. To create a habitable zone, you first have to manage the most necessary infrastructures such as water and electricity, and after that, your group can move in. From here, all it boils down to is efficiently managing everything to make sure your group does not suffocate on the barren planet.

It would seem that our list of the best city builder games has come to an end. We sincerely hope that you have found what you were looking for and that these games can give you hours of enjoyment. If you’re still looking for games to play, then we strongly suggest you check out some of our other articles like best IOS games and best naval games!