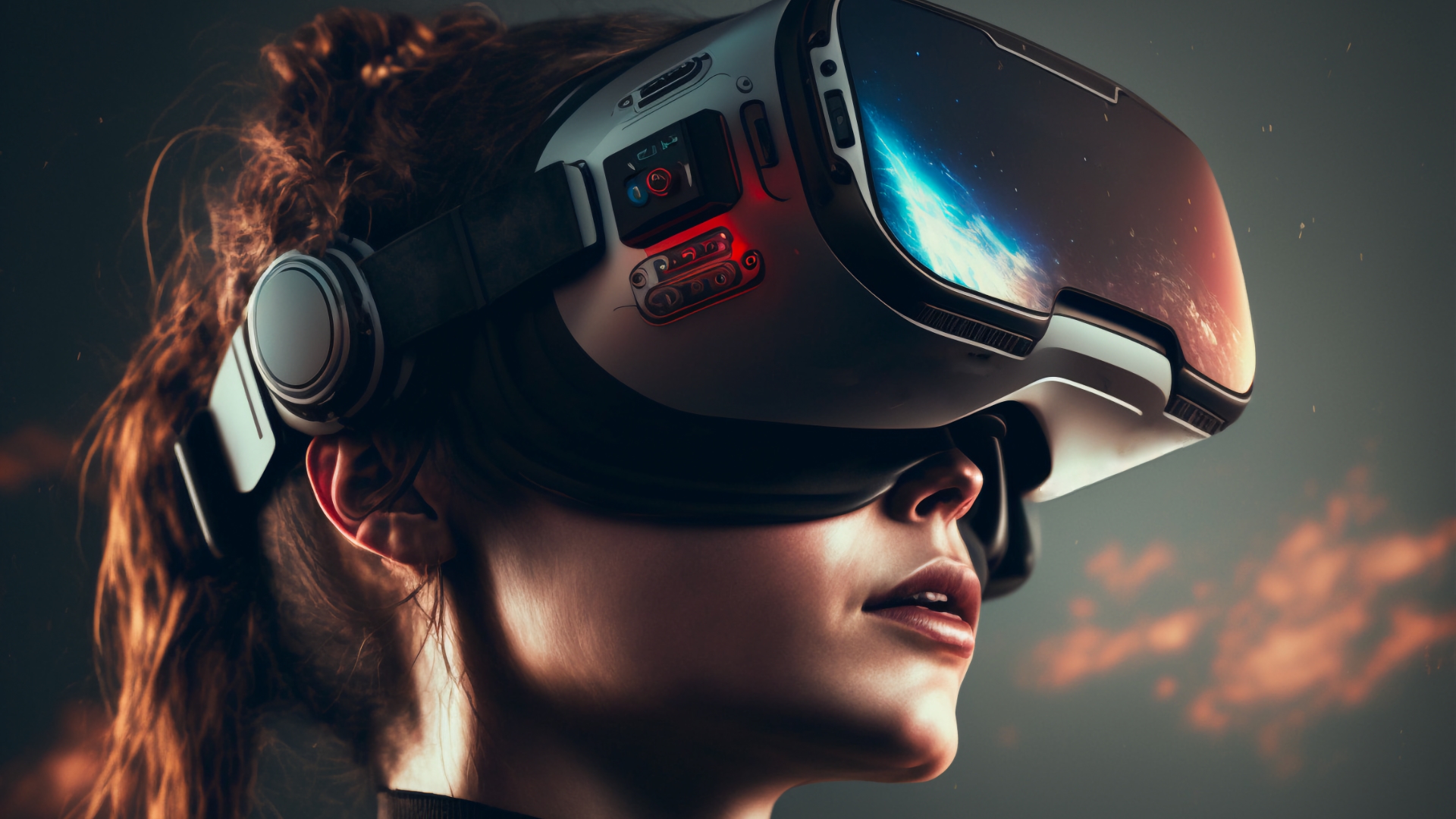 The ultimate escape from reality without actually leaving your couch.

Something that every gamer looks for when they want to purchase a game is immersion. Immersive games really drive their story to the fullest and make you experience everything to the fullest, and one of the best ways of increasing that experience is VR gaming. VR gaming utilizes special hardware such as VR headsets that cover the eyes and controllers that capture your body movements to perfectly transfer everything to the game you’re playing. VR gaming is a booming industry on the Internet that has millions of monthly users and its hardware is constantly getting updated for optimization. To gain a new perspective on how successful the VR gaming industry is, and how much it is going to grow, we are going to take a look at some VR gaming statistics. We always like to provide you with the latest in gaming news, so if you want to know how much the video game industry is worth, we have you covered!

In this first section, we are going to be taking a look at some of the key financial statistics concerning VR gaming as well as some interesting milestones regarding its addition to the gaming industry. The first mention of VR gaming was in the 2010s when Oculus-based hardware came out and games started slowly streaming into the market. Although these games look silly in the 2020s, they were the ones to introduce a new concept so it could evolve into what it is today.

From these stats, we can see that the community that enjoys VR gaming daily is quite large and it is constantly growing as Internet connections are improving and more affordable hardware is coming out. Nearly 20% of the United States belongs to the VR gaming market, and the general trend is even more popular in Asian countries, so we can expect some solid growth in the VR gaming industry in the coming months and years.

With a large community, it is fair to expect that the total value of the market would be highly-valued, and that is exactly what the situation looks like for the VR gaming industry. With a value of only $19.4 billion in 2019, the projected increase in value by 2026 is absolutely massive for the industry and that is sure to usher in some new advancements, from games and software to new and upgraded hardware.

China is the leading investor in VR tech with $5.8 billion invested.

This is no surprise at all since China has investments all over the digital market and is a large shareholder in many fields of the Internet. Consumers in Eastern countries have definitely fallen in love with VR gaming because it denotes ideas of technological progression and general coolness.

VR headsets are the prime staple of VR gaming as they are the only way for anyone to enjoy VR gaming to the fullest. While these types of headsets are fairly expensive for casual gamers, more dedicated gamers might find themselves right at home with the prices. When it comes to the size of the VR headset market, it is growing just as fast as the VR industry in general, reaching into the billions by 2026 at a respectable CAGR of 29%.

Gaming is the best industry for the XR (extended reality) market.

Here we can see that the nature of extended reality, which encompasses both VR and AR, AR being augmented reality, looks quite promising for multiple markets outside the gaming industry. VR and AR technology is being used in the medical sector for life-altering surgeries and advanced monitoring techniques. This is a prime example of the potential of the VR and AR industry, and it is very impressive.

Startup founders and executives believe bulky hardware is the biggest obstacle to AR adoption, at 26%.

Naturally, like any other budding platform, AR and VR are going to have their limitations before being adopted into general use by consumers. The most prevalent obstacle that manufacturers have yet to cross is the bulkiness of AR/VR hardware. This is completely fair because every VR headset released so far, despite being comfortable and easy to use, has been inherently bulky and awkward to manipulate.

The Oculus Quest 2 is the highest-selling VR headset since 2016 with over 14.8 million sales.

Oculus was acquired by Meta in 2014 and since then, they have refined the at the time rudimentary VR console into something that every VR gamer intends to purchase at one point or another. Of course, that does not mean that the Oculus Quest 2 is the only VR headset you should consider for your setup, as you also have Playstation VR and HTC products.

The Oculus Quest 2 is estimated to have generated over $2.99 billion.

Given that this VR headset is the most popular in the world at the moment, it is no surprise that it has generated so much impressive revenue. The VR headset market is on the rise and it is definitely getting improved by the revenue that some of the top VR headsets are generating each year.

Now we are going to be taking a look at some of the user stats concerning VR gaming to see how it has been received by the community and to see what sorts of milestones the VR gaming community has crossed from the 2010s to the 2020s. While VR gaming initially started as a cool thing that you can use to spice up your gaming experience, over the years, it has evolved into something that many gamers intend to try out as soon as they get the chance, and AR (augmented reality) is becoming prevalent in esports events. Without further ado, let’s take a look!

7% of Americans have never heard of VR gaming.

If you were to take a look at these statistics and compare them to NFT gaming, you would see that VR gaming is much more widespread than the former, indicating that VR gaming is already an established enterprise that is much clearer and easier to understand than NFT gaming. Nonetheless, we can see that the majority of Americans have heard of the term “VR gaming” but have no in-depth knowledge about it.

55% of Americans do not want to get into VR gaming because it is too expensive.

This is another hurdle that is keeping VR gaming from fulfilling everything it can since the hardware required to run VR games is still relatively pricey, with the Oculus Quest sitting between $400 and $500. Of course, this is a lot of money to spare for a headset so it is no wonder people are hesitant to purchase them. Other than that, people tend to avoid VR gaming because of nausea, isolation, and a limited selection of games, but these aspects are something that we expect will be improved in the future of VR gaming.

VR is most popular with users between 25 and 34 years old.

Here we can see that the vast majority of VR players are quite young, which is also the main demographics for the VR market in general. The second-highest percentage of the VR gaming user base is in a lower age range, and we can see that those two generations are the leaders in this context. It makes sense that older users would not have that much engagement with the relatively new industry, but that is more than likely to change.

VR and VR gaming have often been portrayed as bad ideas because you can get sick and addicted to them, but the complete opposite is true. This platform has been on the rise for years, amassing millions of fans around the world, and its entire branch of the industry is worth several billion dollars, which is a massive increase compared to its humble beginnings. You can clearly see the contrast between the earlier versions of the Oculus Rift compared to the newest VR headsets, and that is a great way to look at the progress of the industry in general. It is constantly evolving and we can only imagine what strides the VR gaming industry is going to make in the future. Until then, we sincerely hope that you are happy with the information that we have presented here and that all of your questions have been answered!