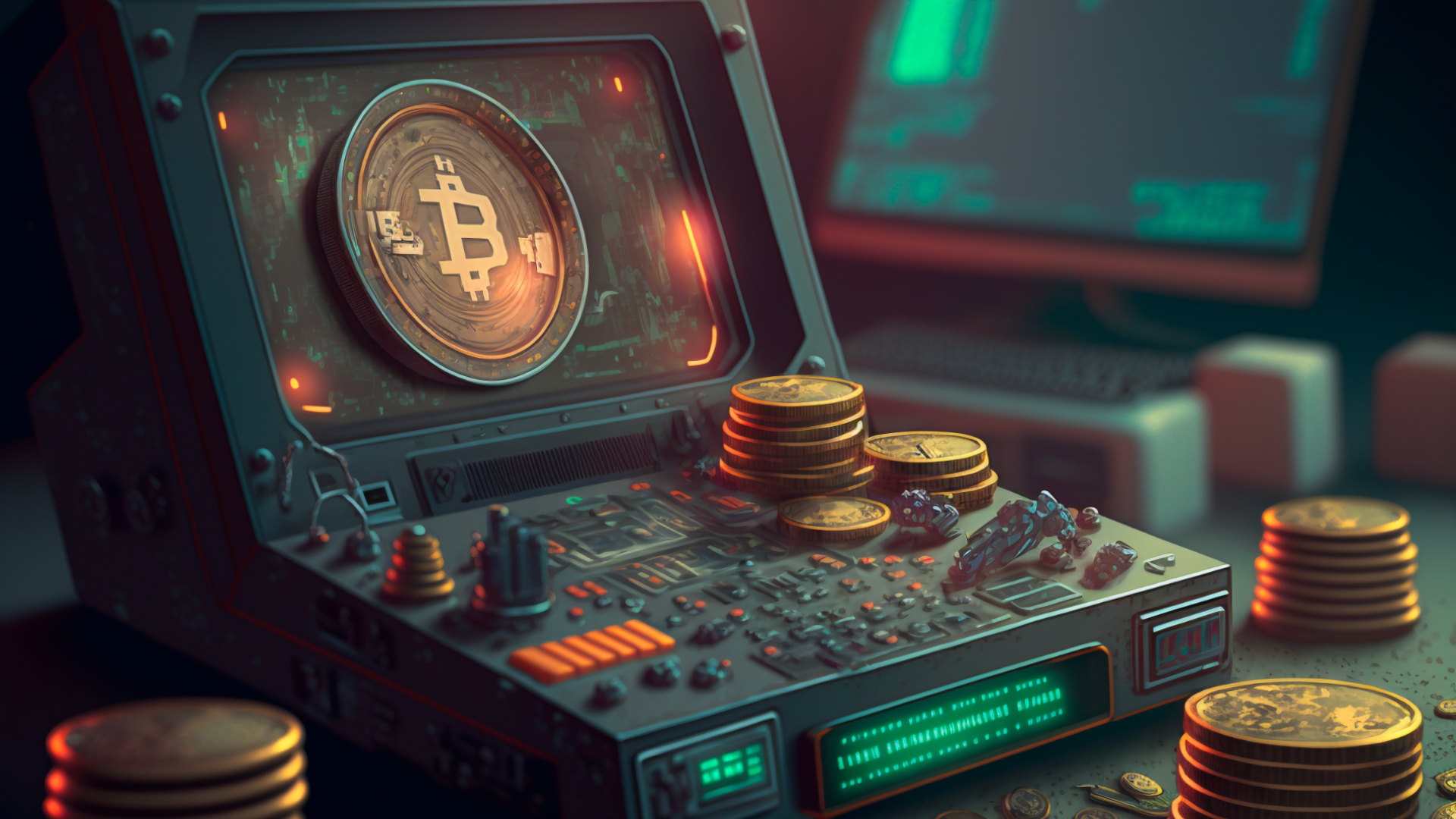 Where virtual items are worth their weight in digital gold.

In the growing age of the Internet and market digitalization, one of the most confusing, yet profitable trends to emerge in recent years are NFTs. NFT is an abbreviation for Non-Fungible Tokens, special digital/physical items that have their metadata stored on a blockchain so any other user cannot own them. Some of these NFTs can be worth hundreds of thousands of dollars. Why is that? Frankly, we have no idea but we’re here to talk about some NFT game statistics anyway, so we should get into that. NFT games, while a particular niche of gaming in general, are still quite prevalent in the gaming world, and tend to rake in a decent amount of profit wherever they are introduced. Before we delve deeper into some crypto mysteries, if you want to know how much the esports industry is worth, you can check that out too. Some extra knowledge never hurt anyone.

In this first section, we are going to be taking a look at some general stats concerning the NFT gaming scene in general, from the total revenue in the industry to some of the most popular games and the strides they have made to improve the gaming industry. The games themselves are fairly interesting even though we are talking about a very new gaming platform that may or may not even exist in the years to come, so the information surrounding it is bound to change in the coming months/years.

Axie Infinity is the most popular NFT game with $1.3 billion in earnings in 2022.

The first line of stats we have for you is concerned with the most popular NFT game on the market right now — Axie Infinity. This game is a great representation of what NFT gaming is at its core, where you have a relatively simple game concept overlapping with the modernity and marketing strategies of NFTs as a concept.

The freemium gaming skins industry became a $50 billion industry in 2022.

GameStop has seen a fair bit of popularity in 2022 because of the hedge-fund stock market fiasco, and we can see that GameStop has also gotten into the NFT trend where they offer the possibility for anyone to purchase an NFT and use it in various games. Because of this, the freemium gaming skins market has seen a dramatic uprise in profits, wherein it was officially worth $50 billion in 2022.

Meta has spent over $36 billion on its VR platforms.

NFT gaming is on a steady rise on the Internet, and the Metaverse, a virtual-reality platform created by Mark Zuckerberg is on an even faster rise. Since Meta is a global company that owns made social media outlets, it is only expected that it would invest billions of dollars into its “next best thing”, which is the Metaverse and Metaverse gaming directly. A good deal of the NFT games you can play can also be enjoyed in the Metaverse, so you should check that out if you have any interest in the budding industry.

The reason a large population of the United States does not even know what P2E/NFT games are is that they usually understand it as a complicated world of new things to understand, as well as the fact that it is simply a new trend, so it hasn’t had the time to get around that much anyway. In either case, Burn Ghost is trying to establish an NFT gaming platform that is accessible to casual gamers so they can experience NFT gaming in a simpler light and maybe even earn some money doing so.

And for the final line of stats in this section, we can see that, while the NFT market was definitely worth a lot of money in 2021, it doesn’t even come close to the levels of profit expected in 2028, which are projected to reach nearly $3 billion.

Of course, when anyone talks about NFTs and NFT gaming, their main focus in the discussion is going to be money. Money is what NFTs are based on, so it only makes sense, but something that people don’t usually talk about in these sorts of settings is the stats regarding the people that play these games and fuel all of the profits. That’s exactly what we are going to do in this section — we’re going to take a look at what NFT game players are up to these days.

In this line of stats, we can see exactly how new the NFT gaming market is as a vast majority of people in the United States have never even heard of an NFT game, let alone played it. These sorts of statistics represent the western world a bit more, but, as we shall see in the further statistics, NFT gaming has seen much more success in Asian countries than anywhere else.

Just like with general gaming trends, we can see that NFTs are much more widespread among men than women, indicating that they have much more interest in the topic and are more likely to pursue NFT gaming at some point.

17% of Millennials are likely to play P2E games.

A Millennial is a person that is between 18 and 34 years old, and they alone form the highest percentage of people who have had a positive experience with P2E games. Since the NFT gaming market is still a budding industry that has yet to see its peak, we can expect the general engagement for younger generations to increase as the years go on, and newer generations roll in.

As we have stated before in previous lines of stats, countries in Asia have a much higher percentage of user engagement for NFT gaming, and India has the top spot with 33.8% of its total gamer population belonging to the NFT genre in some shape or form. While we are expecting the NFT gaming genre to boom in more countries, it is still a high possibility that the market is going to continue being the most popular in Asian countries.