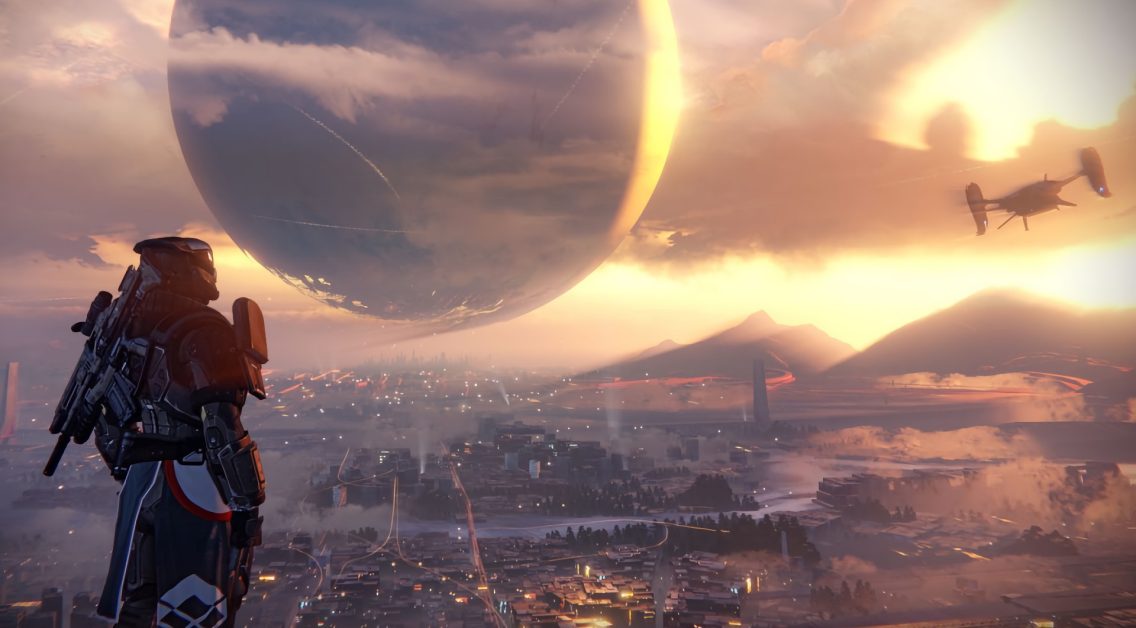 We do not often see Bungie making headlines, but certainly not because they do not do their job properly. The studio started the Halo franchise and also owns the Destiny IP (intellectual property). However, the week started with a bang, as the public learned about their acquisition by Sony. Not just as a parent or for a limited period of time: no. The company is now fully part of Sony’s -already- large family of independent studios.

Bungie is not part of the exclusive family of big studios/companies such as Square Enix, Capcom, Ubisoft, or Activision. Nonetheless, the studio has a rich history and has been around for three decades now. Founded in 1991 by video game developer Alex Seropian, Bungie started in its bedroom, from where he would mail all the ordered games, with funding originating from friends and family. After the success of its first game, he and his classmate Jason Jones decided to partner up to publish Jones’ game, Minotaur: the Labyrinths of Crete. They decided to continue working together and from one success to the other, Bungie started growing in staff and in reputation. Thing is, with each new game and with how technology was progressing, Jones and Seropian had to always think about new ways to improve their games and keep them appealing. And that would require more people, more money and bigger space.

In the beginning, Bungie was focused exclusively on Mac systems. However, the two Myth games, in 97/98, pushed them also on Windows for the first time. Bungie started thinking about Halo as soon as 1999, sparking Activision’s and Microsoft’s curiosity. The project only reached completion in 2004, 2 years after Seropian left and 4 years after Microsoft had acquired the studio. In 2007, Bungie split off from Microsoft to become independent, leaving the giant with ownership over Halo. In 2010, the studio signed a 10-year contract with Activision Blizzard: it only lasted 8 years before Bungie left, taking Destiny’s IP with them. And today, the firm has been bought by Sony itself for $3.6 billion.

Here are the most significant Bungie statistics and facts. If you still have an appetite for figures and data, after this piece, head on over to our video games industry statistics to learn something new about the gaming industry.

Bungie does not have the biggest portfolio out there, but it does its job perfectly. It is a good representation of “quality over quantity”. From the beginning, Bungie has managed to provide games that were taking players seriously, providing entertainment in all aspects, even when on a smaller scale, from a bedroom. Plus, being behind the titan that is Halo and adding both Destiny games in the fray is no small feat and says quite a lot about their skills.

1. Bungie’s first big commercial success, Pathways to Darkness, was released in 1993 and sold more than 20,000 copies.

The beginnings were very humble for Bungie. Alex Seropian was taking care of all the packaging and mailing himself, from his room. But it was a fact that, right from the start, Bungie had behind it a really talented team. The first games, the ones that cemented the studio as one to keep an eye on, often came with innovations and new ways to enjoy the games. However, Pathways to Darkness was their biggest success when they started, the one that allowed them to finally move into a proper office and hire a bigger staff. The game received several awards and was praised for its texture mapping, its 3D, its story, its sound design, and the design of the monsters. It was actually supposed to be a sequel to Minotaur, but Seropian and Jones did not want to have to deal with another multiplayer game that needed the then-rare modems to function.

The Marathon trilogy might well be the ancestor of Halo as we know it today. The FPS (First-Person Shooter) brought a lot of innovations, with the idea of an AI supporting the armed character and an engine superior to the one used for Doom. Somewhat superior. It was heralded “the Doom of Macintosh”. It was also one of the first games to use free look, giving the possibility to use the mouse to look around while staying stationary. Furthermore, it was even possible to look up or down! All three games feature a multiplayer mode that kept getting improved and even enjoyed several modes to try with seven of your friends over a LAN connection. It might look like nothing that they did not manage to reach 200,000 units sold in their lifetime, but do not forget the context: we were still in the 90s and those numbers were already pretty good.

Myth was Bungie’s -successful- attempt in the real-time strategy genre. In fact, the studio was working on a new shooter, but Quake (released way before that new title) was way too similar. To avoid controversy, Jones shared with his colleagues that it would be better to develop something new, and why not “a game with 100 guys fighting 100 other guys”? Then again, both games transcended all expectations. The games were, of course, using 3D graphics, but the sprites were in 2D. Both featured a single campaign and a multiplayer mode. Myth garnered a big following, one that would stay active years after the game had been released, and the servers shut down. Some groups even released new expansions using the mapmaking tool offered by Bungie. Even today, it is still possible to find Myst fans still engaging with the game. Like many other games from Bungie, Myth received many awards and accolades and was inducted in several lists including the best games of all time.

There is surely no need to introduce Halo by now. The game is a household name in the industry and there is a good chance you know it, even if you have never touched it. The first title was slow to pick up the pace, but it quickly turned into a phenomenon. Mostly linked to Microsoft, a lot of people tend to forget that the idea and concepts were from Bungie, and that way before the Xbox was even a bleep on our radar.

4. After its release in 2001, the first Halo sold one million units in four months, making it the fastest-selling title among all sixth-gen consoles.

Under Microsoft, Bungie finally had the means to fully give shape to what was to become Halo. The idea had been around since the late 90s, but the studio did not have the budget nor the technology to realize what they had in mind.  In fact, Microsoft urged them to leave Myth behind in favor of Halo. With all their experience in FPS and their innovative ideas, Bungie revamped the genre. To the point that games in the same category were either seen as “Halo copies” or “Halo killers” if they looked better or as good. Both Halo and Halo 2 had multiplayer, but the first version had the annoying constraint to force the 16 players to play over a LAN since the Xbox Live was not a thing back then. That changed for Halo 2.

Continuing with their strong growth, Bungie made sure that Halo kept the momentum high. New titles were always highly anticipated way before release. Each game brought its bundle of novelties, some well appreciated, others not as much. But the negative never killed all the positives found in the Halo franchise. It is also important to note that every new release literally helped Microsoft to double the sales of their console, whether it be Xbox or Xbox360. That is actually why Microsoft never hesitated to spend millions on marketing campaigns. Halo 3: ODST got some mixed reviews, but it had more to do with the fact that the game was $60 when the solo campaign was considered to be too short to be seen as a full game. Otherwise, in terms of production value, it was up to the standards of the franchise. Halo: Reach was the last title to be developed by Bungie.

Fast-forward to 2014. Bungie is now working for Activision Blizzard and releases the online multiplayer shooter, Destiny. Showing the gaming community that they still have it, Destiny is an acclaimed success. The game is praised high and low for its high production value and intuitive gameplay. It was even crowned at the BAFTA 2014 as the Best Game of the Year. And when their vision started to collide with Activision Blizzard’s, Bungie gladly took Destiny with them when they left after eight years and developed and published Destiny 2 themselves. Another success for the studio, with even more praise as Bungie actually corrected most of their flaws.

6. Upon release in September 2014, Destiny shipped $500 million worth to retailers in the US and worldwide.

Destiny is another product that enforced the fact that Bungie’s expertise in FPS was the real deal. The gameplay was considered the best thing for both games. The public took a real liking to the first title, even if it was criticized for lacking a proper story, showing a disjointed narrative, or even a lack of inspiration in how the different worlds were visually represented. People and critics also agreed on the fact that the game was forcing people to play with someone, and it was quite irritating to have to play with a stranger most of the time. But with the possibility to enjoy PvE and PvP, several modes, and a series of expansions that would bring even more worlds to discover, Destiny gave quite a lot of content to players. Bungie even tried to fix the lack of story through those expansions. Destiny 2 had a difficult start, but slowly made its own nest and is doing well now. Most of the past mistakes were corrected, and the negative points were out-balanced by the positive.

Sony’s new acquisition might come as a surprise for some, while others will see in it some kind of retaliation after Microsoft’s last stunt. However, the truth really is somewhere else. To start off, talks between Bungie and Sony started back around June 2021. Microsoft started theirs with Activision Blizzard King in late 2021. Secondly, Bungie and Sony already had a certain relationship as the latter concluded a deal that would give special and exclusive timed content to players on PS4 and PS5.

A lot of people keep asking why Sony has decided to buy Bungie and fail to see the end goal here, blinded by the amount of money put on the table. “It is not as much as Microsoft, so it has no value”. Clearly, they are forgetting that business is not all about the highest amounts. Bungie is a veteran that has managed to stay afloat in the industry, more as an independent studio than under a bigger company (namely Microsoft and ABK). They have navigated these waters while holding onto their creative freedom, not hesitating to part ways when they would feel the need to do so. Microsoft had been after the studio for quite some time before they actually accepted to be bought. Why? Simply because it was a mandatory need that everyone was on board to accept the deal.

What Sony got out of this new transaction is a solid and acknowledged expertise in multiplayer, first-person-shooters, and free-to-play/freemium business models. They did not only get Destiny, but they are about to cash in with every new IP Bungie is about to develop. And that will happen, as the studio has been talking for a while about bringing forth new titles. Plus, following its policy when buying a new studio, Sony has assured that Bungie would retain its independence and that no title would be exclusive to the Playstation. Something echoed by Bungie itself. This discourse offers a stark contrast with the one issued by Microsoft when suggesting that Call of Duty might well become exclusive after the next three titles.