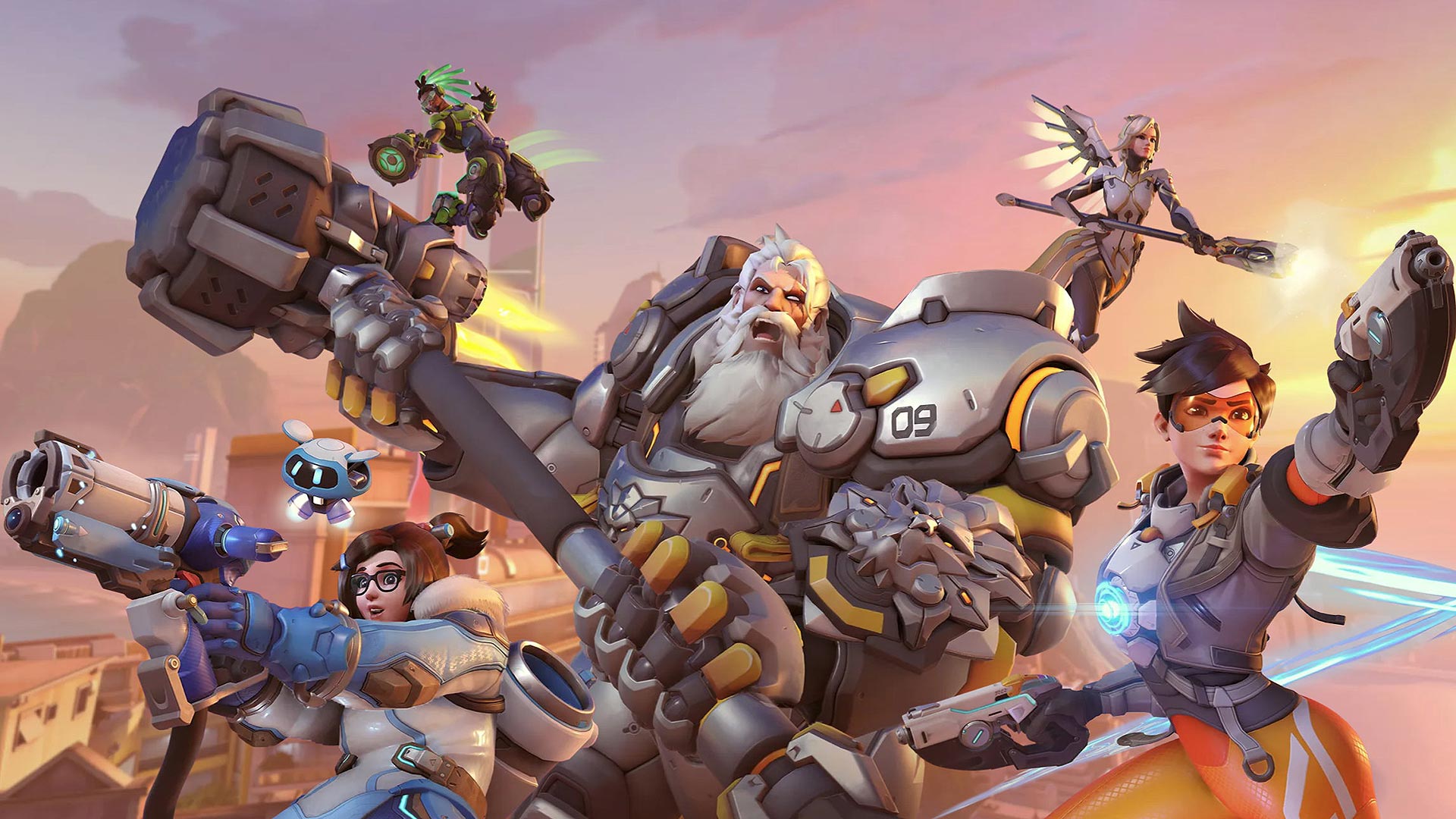 Released in 2016, Overwatch is a multiplayer first-person shooter, with a big emphasis on teamwork. The game was an immediate success and a social phenomenon that not only enticed gamers, but also more casual players and even people not into video games at all.

Overwatch was created by Blizzard Entertainment, the studio behind big names like World of Warcraft, Diablo, or Starcraft. After the cancellation of Titan, a massively multiplayer online role-playing game that was supposed to be the next big thing, part of the staff working on it decided to use some of the concepts they already had ready for Titan to create another game. They also wanted it to be Team Fortress 2 with a twist for the first-person shooter side and give something better than the other multiplayer online arena battle games that were really popular back then.

Overwatch was born. And with it, a group of heroes with different skills, stats, and gameplay. It would allow players to form groups with diversity in mind, so that they could cover each other’s backs and form strategies and plans to win the rounds. The game offers nervous gameplay, quick on its feet, with vibrant environments and colors, and a character design that is all the rage in cosplay conventions.

It’s been five years since its release and a good time to see what the current Overwatch statistics and facts are. If you’re into facts and figures then we have a great piece about the video games industry statistics that you might enjoy, so check it out.

There was a point when it was impossible to escape Overwatch. It was everywhere, being streamed everywhere, pushed on the front page of Youtube, recommended to you because you also watched a video about giraffes’ necks getting longer…and that all happened because players and watchers were actively making it happen. Are they still?

Overwatch was, from the beginning, a real magnet for the young crowds. It is said that part of the reason why the number of active players went down is that Fortnite appeared on the scene. But even without that, you just have to look at the teams in the League and you will notice that none of them even reach 25 years of age. So many players are so young that Blizzard had to enforce a rule preventing under 18 players from entering the competitions.

60 million users have been playing Overwatch since its release.

Despite the fact that the game has not been adding new heroes or modes for ages now since the studio is working on Overwatch 2, 10 million new players joined in the fun last year. Even when at a standstill, Overwatch is still bringing in new users.

Clearly, Overwatch 1 is not a dying game. It even gained its steam back in Q3 compared to Q2. And then again, all that without adding anything new to the game and just making small updates to ensure stability.

With such success, everyone is a bit curious about topics focused on revenues, profits, the number of downloads, and more information about the game itself.

Overwatch has generated over $1 billion in revenue.

Activision Blizzard literally invented the concept of loot boxes in multiplayer as we know it nowadays. Yet, though it is fairly popular with players, there are also a lot of users complaining about how monetization in-game is practiced with such a system. Blizzard has not updated the public about its revenue in the last few years, but it has obviously increased since then.

2017 was the biggest year, but even if the game was winning fewer awards, it was still recognized and part of the nominations. And that, over 5 whole years, is a good indicator of its popularity still existing. Plus, the studio has already announced Overwatch 2, which means that there is no real recognition needed for Overwatch 1 as not much is done at the moment.

The countries with the highest number of players are the US, Russia, and Brazil.

This list does not represent professional players. It is just about the normal and casual players.

D.Va is the most played heroine chosen by professional players with a pick rate of 66%.

D.Va has always been an all-time favorite, not just for professional players. In fact, there are quite a lot of players who decided to specialize in playing as young women. Her lines are relatable for gamers, she has a great character design (a hit among female players) and she is adaptable in her -aggressive- gameplay. She was so good that Blizzard actually nerfed her over the years.

Reinhardt has been the go-to hero to use as the tank as he was the favorite for players on all consoles.

The real question is: do PlayStation and Xbox players know that they are scarily similar in their tastes?

Overwatch is ranked #36 on Twitch.

Blizzard said that they were not focused at all on the eSports aspect of Overwatch, but the facts clearly show something else. The game is literally made for such and the company is even the only publisher/developer in the industry funding and managing its own league.

A solid start for the first edition of the Overwatch League. Blizzard demonstrated that a publisher can perfectly take care of its eSports community and events. In 2018, China was included in the stats.

The numbers obviously look way smaller since this time, China was not broadcasting the event. However, those are still pretty good. The Grand Finals was the last nail in the coffin confirming that Overwatch was eSports golden.

The prize pool for Overwatch League Playoffs 2021 amounted to $3.2 million.

It is now definitive that Overwatch League is losing viewership year after year. Those numbers include China, but otherwise, the average number of viewers did not even reach 100,000. The question is: why are people tuning in way less?

There is no surprise to see South Korea as #1. Its players have been recognized for their superior skills and it is to a point that there is literally no team out of the 20 teams in the League without a Korean player. Congratulations to China for their breakthrough as, not that long ago, they were part of the big minority and mostly known for losing all their games.

The top 3 of highest-earning Overwatch players are dominated by South Korea.

Again, the South Koreans are dominating. However, an American took the second spot for himself. Fourth is another American (super) and fifth is a South Korean (Rascal).

Overwatch started as a big trend. It was part of those games that can actually attract people with no interest in video games. A lot of that was also due to all the hype that “normies” generated around it until they decided to give up on it. But, does that mean that the game then died? No, absolutely not.

When things like that happen, it is really after the temporary residents leave that you can fully assess the interest the crowds had for the game. And Overwatch still retained a huge amount of players and a big community. So, the game is all good. It went on to provide new characters, new maps, new upgrades, new skins…And even at a standstill, like right now because of Overwatch 2, it still manages to garner a lot of active players and even draw in new ones. How swell is that?