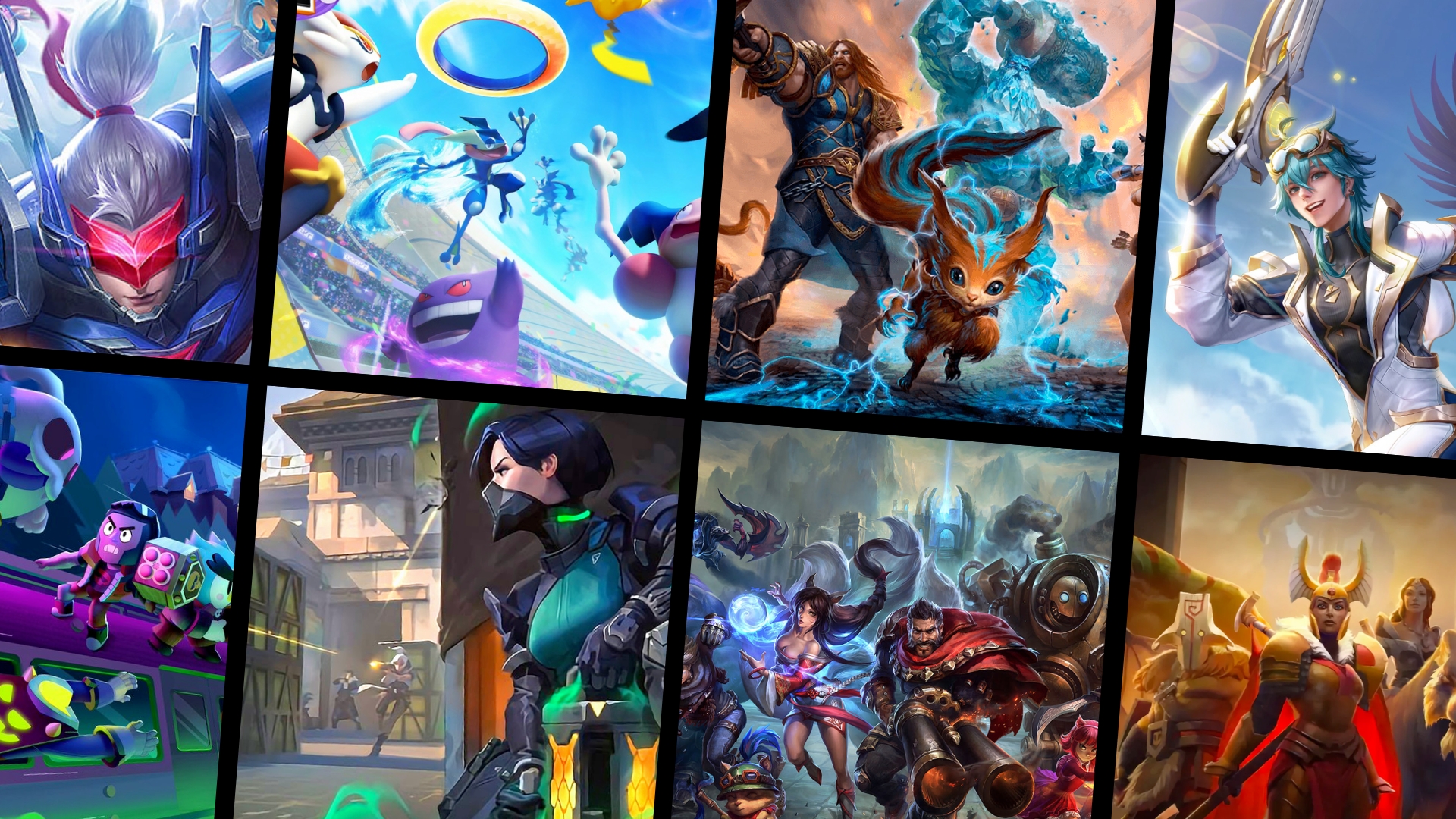 MOBA (multiplayer online battle arena) games have been around for a very long time and they were created as a way for more players to come together and test their skills against each other. The very first MOBA game came out in 2003 as a mod for Warcraft III and it was later adapted into one of the most popular MOBAs of all time — Dota 2. Of course, that is not the only MOBA game out there, and the MOBA genre has had nearly 20 years to develop itself into what it is today. The reason MOBA games are so popular is that they have endless replayability and they are constantly updated with new content and their universes are being expanded without end. One of the most notable things about this video game genre is that it accounts for a massive portion of the industry’s esports revenue. We are going to be taking a look at some MOBA statistics to present the genre in a clearer light and see what sorts of strides it has made since the first one.

All right, for the first section, we are going to be taking a look at some key stats regarding the MOBA genre to see what user engagement is like for some of the most popular games, as well as examining the most popular game — League of Legends. The MOBA market has generated billions of dollars in revenue, both for mobile and PC game releases.

League of Legends is the most popular MOBA game with over 150 million monthly players.

While there is no disputing the fact that the MOBA genre has a massive following on the Chinese market through mobile MOBA game releases, the king of western MOBAs is definitely League of Legends. This game was made by a branching team that worked on the original Defense of the Ancients, or DotA, and was released in 2009. Since then, the game has gained notoriety as one of the most toxic, but fun games for gamers of any age group to play.

The MOBA industry is projected to exceed $490 million in sales by 2025.

The revenue that the MOBA industry generates on an annual and monthly basis is very impressive considering that there are some game franchises that are not even near earning the monthly earnings of a MOBA game. With the rising popularity of the games themselves, we are sure that the industry is going to continue growing exponentially.

Honor of Kings is the world’s first $10 billion mobile game.

Now this one is a bit of an interesting case of the Chinese video game market shining through and displaying its massive success with Honor of Kings. The game was released in 2015 by TiMi Studio, which is a subsidiary of Tencent. For some perspective, Honor of Kings earned three times more money than Bethesda is worth.

Pokemon Unite was released in 2021 and came as a bit of a shock to the gaming industry since you don’t usually group Pokemon and these sorts of games together, but it has received some relatively favorable reviews from IGN and SlashGear at 6/10. From the gameplay we have seen, Pokemon Unite is quite colorful and simple for new players to grasp, so it’s a great introductory game to the MOBA genre.

It is not too often that we can see updated details about the total sales of mobile MOBAs, so this information from July will have to suffice. From what we can see, Mobile Legends: Bang Bang is cruising ahead of the competition comfortably with nearly 5 million downloads in a single month. However, this does not mean that the rest of the highest-selling mobile MOBAs are in poor standing. The three titles below Mobile Legends: Bang Bang have several million downloads, with League of Legends: Wild Rift nearing one million downloads.

The highest-grossing mobile MOBA game in July 2022 was Honor of Kings with $162.28 million in revenue.

In this line of statistics, we can see an even bigger gap between the performance of all these titles, with Honor of Kings standing above the rest again. $162 million is absolutely insane for a simple mobile game to earn in a single month, and its earnings are relatively consistent month over month, so we are sure that they are doing something right!

Now it’s time to take a look at the number of viewers that some of the most popular MOBA games pull on Twitch, as well as the progress that all of these games have made in their respective esports scenes. There are a lot of games and even more numbers to consider, so let’s get into it.

SMITE, Dota 2, and League of Legends had over 2.1 billion hours watched on Twitch in 2022.

Here we can see that these three MOBA games managed to accumulate more than 2 billion hours watched on Twitch, which is a massive number considering that there are quite a few streamers broadcasting the game at any given point. There are more MOBA games on the platform, but these three can be considered the most popular at the moment. For those of you that don’t know, SMITE is essentially just a 3rd person MOBA featuring gods from various mythologies.

SMITE, Dota 2, and League of Legends had 38.4 million broadcasting hours on Twitch in 2022.

Dota 2 has given $310.4 million in tournament prize pools.

This line of stats just serves to show us how much money is on the table for a successful Dota 2 player. N0tail is legendary in the Dota 2 community for being a great player, as well as a bit of a meme here and there. While it takes a lot of work to achieve a world-class level of skill to win The International, it definitely pays off.

League of Legends has given $98.3 million in tournament prize pools.

League of Legends doesn’t have a similar system to collecting money like Dota 2 has, so it is understandable that the prize pool for the World Championship will be considerably lower. However, most of the teams and players on the League of Legends esports scene have sponsors, so that’s another bonus.

The most successful League of Legends player is Lee “Faker” Sang Hyeok with $1.4 million in earnings.

The final line of stats we have for you is in regard to the most famous and most successful League of Legends player, the Unkillable Demon King — Faker. Faker is one of the most famous professional gamers in general and has had a long history of dominating the esports scene and producing some of the most amazing plays and clips in the history of the game.

As you can see in the information we have presented, the MOBA genre is one of the most successful gaming genres in the gaming industry, amassing millions of fans and earning their studios billions of dollars in revenue as a result. These games had humble beginnings where the first MOBA game started out as a simple mod for Warcraft III, named Defense of the Ancients. This was a stepping stone for more content to be added to that game with many more following in its footsteps. Nearly twenty years after the first game, world championships have been held, memes were made, and greatness has definitely been achieved by the MOBA genre. We sincerely hope that you have enjoyed the info we’ve laid out and that all of your questions have been answered. Oh, by the way, nerf Aurelion Sol.