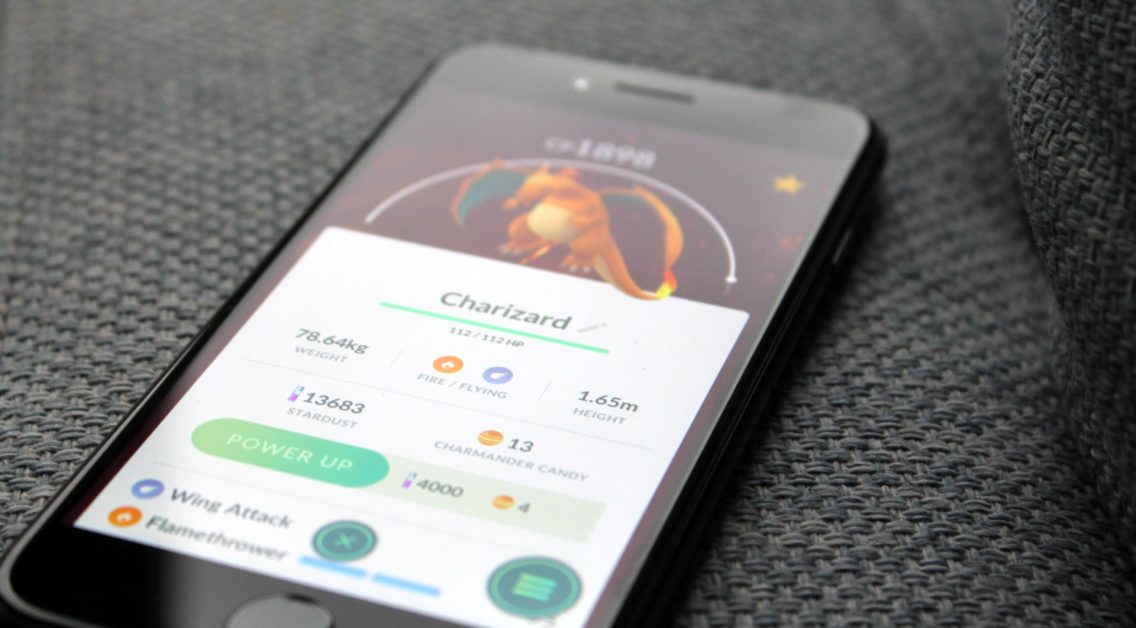 How many people play Pokémon GO? —statistics and facts 2022

If there is one timeless video game franchise that gathers crowds from all age groups and social statuses, it is Nintendo’s Pokémon. The old heads among us can still remember 1998 when the Pokemon tsunami flooded the West, and throughout the years, we grew up with those games, and more youngsters joined in. As with Sonic, Mario, or Final Fantasy, Pokémon is one of those giants of the video game industry that has been able to keep its fanbase since day 1, as getting old does not impede all the pleasure, fun, nostalgia, and dreams they provided to their audience.

Thus, listening to all those prayers to the PokéGods, Niantic released Pokémon GO in 2016 on mobile devices. The San Francisco-based company used its savoir-faire in augmented reality to deliver a game where players would not only be able to catch and encounter Pokémon in specific locations in the real world with just their phone or tablet but to do so they would have to hunt in the outdoors and engage with other players actively. If you ever see someone fiercely staring at their phone before breaking into a run while yelling, “I’ll get you this time,” it is a Trainer.

But you might already know that: when the game was released five years ago, people simply went crazy for it. The title turned into a smashing global phenomenon worldwide. Whole crowds of Trainers were invading all public spaces, noses on their screen, filling their Pokédex, hoping to become ‘the very best.’ It was crazy then, and it is still crazy now, only less pervasive maybe. Yet, the community is still massive and engaged, the numbers generated are still astounding, and the game is more than alive and well. And as you will see, COVID-19 did not stop the PokéFrenzy.

Let’s check out the latest Pokémon GO statistics and facts and get the most out of them because we “gotta catch ’em all”! In the same spirit, why not learn it all, too? Check out our video games industry statistics piece to learn everything there is about the gaming industry and its data.

Pokémon GO allows players to be the masters of their odyssey, literally going through their own “leaving Pallet Town” story. Players are always part of the formula for success, and the Pokémon GO community has been said to be one of the best.

Pokémon GO attracts people from all walks of life. The game is not violent, easy to play, promotes physical activity and discovering your neighborhood, and interaction with more people. However, it is easy to understand why millennials are the most active group of players considering that they have grown up with Pokémon at its beginning. Even in conversations on Reddit, you can see that most players are at least over or around 25.

The Top 5 also includes Sweden and Canada (in this order), and we can also see that it is pretty popular in Europe on the iPhone. However, let’s not forget that statistics have also shown that players are way more active and present on Android. A shame that those numbers were not shared.

3. Pokémon GO was under controversy in August 2021 for removing the bonuses they had implemented because of COVID.

Niantic has corrected its mistakes with the locations little by little. Still, it is certainly not the company’s fault if players are willing to disrespect important places and trample all over people’s privacy. Or follow the law and wait to be out of their car to play. This trend was the worst during the summer of 2016. But with the fad dying and only real players staying, it got way better.

With such success, everyone is curious about topics focused on revenues, profits, downloads, and more information around the game itself.

Pokémon GO broke records left and right as soon as it was released. The game was quickly the most anticipated of 2016.

5. Pokemon GO generated $5 billion in player spending over its 5 years on the market.

Being free-to-play, it is perfectly normal that microtransactions take a prominent place in the game. It is practiced quite reasonably in Pokémon GO, and players do have a choice and are not forced. But, the items available are so interesting that no one complains about having to spend real money sometimes.

6. Pokémon GO made $23 million during the first week of the COVID outbreak in the US.

You thought COVID had an impact on the title because it involves going outside? Try again. Niantic reacted quickly and took all the proper measures to ensure that the players could continue to enjoy the game. Some of those new rules were so popular that players petitioned for them to stay even now that life resumed.

7. The studio caught five Guinness World Records a month after its release.

From the BAFTA to famous video games ceremony awards like The Golden Joystick, Pokémon GO has been everywhere. And not only in 2016 but over the years.

The game has an addictive nature that makes you want to come back as often as you can. And once you are in, it is difficult not to be engrossed in all the activities Niantic has in store for all Trainers and the excellent spirit of the community.

8. Most players spend an average time of 1-2 hours on Pokémon GO daily.

Here, it can be tricky because it depends on what people understand by “playing.” Is it being in front of your screen and actively engaging with the game? Is it the fact that you are not playing yourself but leaving your PoGO+ to do the work? The general opinion is that it takes you between 1-2h on average to sort through all the gifts, the new items, the news, the hunt, and the socials.

Do not be fooled by the seemingly low numbers. Pokemon GO is first and foremost interactive. Not many people would be thrilled always to watch someone catching a bunch of Pokémon when they could be the ones doing the catching and be all excited about it.

Sponsored locations are an excellent addition for Niantic and the businesses. Niantic can make some extra money, and businesses get extra customers and traffic. McDonald’s in Japan saw their numbers climb even higher after starting the program with Pokémon GO. Unfortunately, they stopped and deleted all their gyms and PokéStops because COVID was keeping customers at bay.

The game is only accessible on mobile devices, which makes sense considering its gallivanting nature. It also makes it easier for players to keep an eye on timed events and always be ready for some swapping if they meet a fellow Trainer randomly.

Android was the favorite of the crowds. In less than a week after release, the game was already installed on 5% of Android devices in the US.

Apple users have gained a reputation over the years that they are playing fewer games than Android users and spending less money on microtransactions.

Staying true to its “let’s do this thing outside” origins, Pokémon GO does not have traditional conventions. With PoGO, the fans all meet outdoors and enjoy many fun activities where a lot of walking is involved. Niantic also seized this opportunity to promote some non-profit initiatives.

13. Pokémon GO promotes a really tight-knitted social bond amongst Trainers through their events and activities.

One thing you cannot take away from Niantic is how close they are to their community and how they also keep them together. The Pokémon GO fandom is known to be one of the friendliest and most welcoming. They are cutely called Trainers, and they nurture their spirit of friendship well.

Events in specific are open to all Trainers meaning that Niantic is bringing in money for tourism in North America and Europe.

This success can also be explained by the fact that millions of trainers could fully participate since it was online. With real-life events, not everyone can travel. But this time, all you needed was your phone and good Internet!

Same as above, but let’s add to that the new Trainers and the fact that Niantic had also made sure to organize something in several countries to allow players to have fun outside and make new friends. PokéFests are the ultimate social gatherings!

When the fad died after the summer of 2016, people thought that Pokémon GO would also die before the end of the year. So they stopped checking it because we were not seeing hordes of players trampling all over the pavement anymore. Only, the game was still alive and is doing more than well. The players who stayed are the ones who matter since they are the ones who, from the beginning, were genuinely involved with the game. Whether it was nostalgia, a recommendation, seeing it on the first page of the App Store, etc., players were there for the game itself and not a quick dash of adrenaline.

Niantic keeps providing a lot of excellent content (with 721 Pokémon running around), and community life is vibrant and heartwarming. Looking at Pokémon GO, you just want to belong for the game does show that it is open to everyone (and even more so now that the new radius allows people with disabilities to enjoy it from home). The title has more years full of prosperity awaiting, and one day, maybe, all those pesky technical issues will be part of the past.

So next time someone says, “Uh?! Pokémon GO still exists?! Who plays that dead game?”, show them this article.

Dedicated vs. integrated graphics card — which is better for you

GPU fan not spinning? — why it stopped & how to fix it