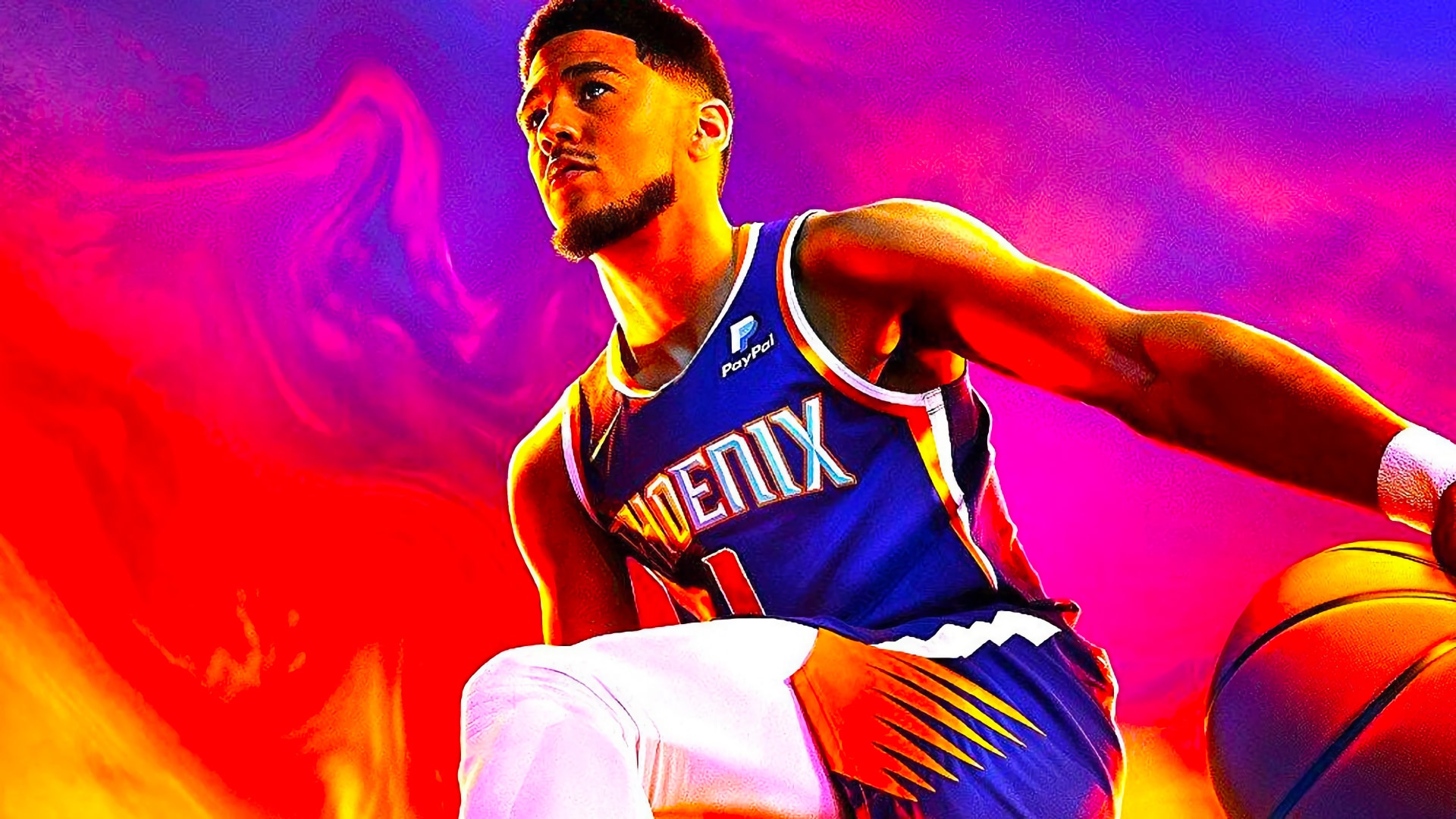 The cash cow franchise continues to have slam-dunk earnings.

NBA 2K is one of the most popular gaming franchises in the world, alongside FIFA, Madden, PES, and a few more. The games, which are developed by Visual Concepts and published by 2K Games, are centered around the National Basketball Association, where you can enter games with other players where each of you selects a team from various points in the history of the NBA to see who is better. The gameplay is very immersive and in-depth, offering a wide variety of mechanics and features to make it more enjoyable.

Aside from multiplayer, you also have Story Mode, which allows you to create a custom character and go through the whole NBA drafting process from college ball to becoming a professional. These two gameplay aspects are present in all NBA 2K games, and that is exactly what makes them so enjoyable. Since the games are so massively popular, there have been some notable accolades and achievements, as well as some impressive accumulated numbers. Because of this, we are going to be presenting you with some NBA 2K statistics and facts to see how well the series has been performing over the years. If you want some more information on more topics, take a look at some of these video game industry statistics and facts!

The NBA 2K franchise has sold over 125 million copies since the first game.

The NBA series has accumulated an absolutely massive amount of sales over the years, and that is largely due to the fact that the games appeal to a broad range of gamers who appreciate the NBA before all else, and they love the experience each NBA 2K game provides.

The NBA 2K franchise accounted for 65% of the developer’s revenue.

TakeTwo definitely had its share of success with the NBA 2K franchise, as is readily apparent with the success in revenue the company has experienced since the release of the first NBA 2K game. 65% is a fantastic percentage to aim for in any company, and considering that TakeTwo’s other main publishing label is Rockstar Games, the percentage is even more impressive.

NBA 2K22 was a very popular title for TakeTwo Interactive as is evident when you look at their reports for the 2022 fiscal year, where aside from revealing the 65% net revenue for the NBA 2K series, they also stated that their general revenue increased by 11% as well. What is very impressive about this statistic is that this increase in revenue brought TakeTwo Interactive one step closer to becoming a billion-dollar company.

Now that we have looked at the sales stats for the franchise at its most relevant points, we can now take a look at some of the stats in regard to the dedicated fans who play the games and enjoy them daily. The games are very popular when

There are some discrepancies when you want to monitor the data for the current player count in NBA 2K games, and that is basically because it is much more difficult to track the total number of players as there is no reliable information telling us how many people play the game on consoles. Because of this, we can only track the total number of people that play the games on Steam. Nonetheless, the one piece of information where TakeTwo announced that NBA 2K22 had over 1.9 million daily players perfectly shows the difference between PC and console gaming for NBA 2K games.

PS Timetracker is a fantastic source of information when it comes to tracking the time PSN users spend in a game, and when it comes to NBA 2K22, we can see that quite a few players invested a ton of time into the game, as is evident through the total number of sessions.

NBA 2K23 is the newest title in the NBA 2K franchise, but we believe that it is also slipping into the field of redundancy that other games in similar franchises are slipping into. The reception of the game is not that good, with only a 6/10 rating from IGN, but other platforms have given the game some better reviews. Nonetheless, NBA 2K23 has taken in one-sixth of the total playtime the previous game took one year to accumulate within one month, so that is looking good for the general look of the game.

This stat section is the same as the first daily players section we have mentioned so far, where we cannot reliably show the total number of players that play the game on both PC and console, so the only stats we can show are in regarding the daily number of Steam players. We can see here that the total number of daily players for NBA 2K23 is still fairly impressive, and we’re expecting the number to keep increasing the longer the game is out.

Sales stats and user stats are not the only things that make up a great game, so now we are going to take a look at some of the gameplay stats that have made the NBA 2K franchise such a hit in the gaming community.

One of the most appealing aspects of a great game, be it a fighting game like Tekken or a basketball like NBA 2K is the variety of the characters and the teams you can play. This is where NBA 2K23 shines as you can choose between 97 teams when you’re playing against other players. This number includes the teams from the current NBA lineup as well as some of the most iconic and memorable teams from various points in the league’s history, ranging from 1964 to 2019.

The MyCareer section of NBA 2K23 has 12 college teams to choose from.

When you step into MyCareer mode in NBA 2K23, you are going to be presented with a broad variety of choices, whether it is the look of your character or your preferred college team. Having such a wide variety of teams to choose from is perfect for players that want to feel immersed in the game and who want to feel like they are really competing against other college students.

The achievements in NBA 2K23 are great because you don’t have to go through various hoops to try to complete all of them, as they are all tied to just playing games in the game modes the game has. With an achievement system like this, you can just sit back, and play your best, and they will just roll in!

The NBA 2K franchise has over 400 songs in its soundtracks.

One of the most memorable and appealing aspects of playing NBA 2K is the soundtrack that comes with each game because they are always up-to-date with the best songs you can jam out to while you play the game. 400 songs in a franchise are no joke, and you can be sure that whichever NBA 2K you choose to play, the soundtrack is going to be epic!

Since the NBA 2K games are very competitive, you can be sure that there is also a strong esports scene within the franchise that has been going on for a few years now. The NBA 2K League was founded together by TakeTwo Interactive and the NBA itself. In the NBA 2K League, the best NBA 2K players from around the world gather to test their skills in a tournament featuring multiple game modes, which is very fun and exciting to watch. We’re going to be taking a look at some of the stats regarding the League as well as the progress it has made over the years.

As we can see here, the prize pool that comes with competing in the NBA 2K League is fairly sizeable considering that the game is not as popular as other games such as Fortnite. Nevertheless, we are sure that the NBA 2K League is on another level when it comes to its organization, and we can also expect the prize pools to increase as time goes on.

The NBA 2K League had over 624 million views across their different social media platforms.

A strong esports scene is almost always defined by the marketing and social media outlets that spread the word about the event. In the case of the NBA 2K League, we can see here that it attracted over half a billion views since its conception, which is a formidable number even among the biggest influencers.

The highest number of points an NBA 2K League player has scored in the 2021 season playoffs is 232.

The final bit of statistics we have for you are concerned with the performance of the players in the NBA 2K League, and through the stats, we can see that there have been some fairly impressive numbers thrown up by the League competitors. This information is pivotal in understanding the quality of the players that compete in the NBA 2K League, as well as the caliber of the general players that compete here.

That would be all we have to say about these NBA 2K franchise statistics and facts! As you can see, NBA 2K has been around for a long time and has established itself as a titan in the gaming industry, amassing millions of fans around the world and leaving a massive imprint in pop culture as a result. The series has always been popular for many people, largely due to the sheer quality of the gameplay and the attention to detail for all of the modes you can play through, from general skirmishes to MyCareer and much more. We are massive fans of the NBA 2K franchise and we are happy to be bringing you all of this information so you can look at the series in an even better light. We sincerely hope that you have enjoyed this content and that you have learned something new!