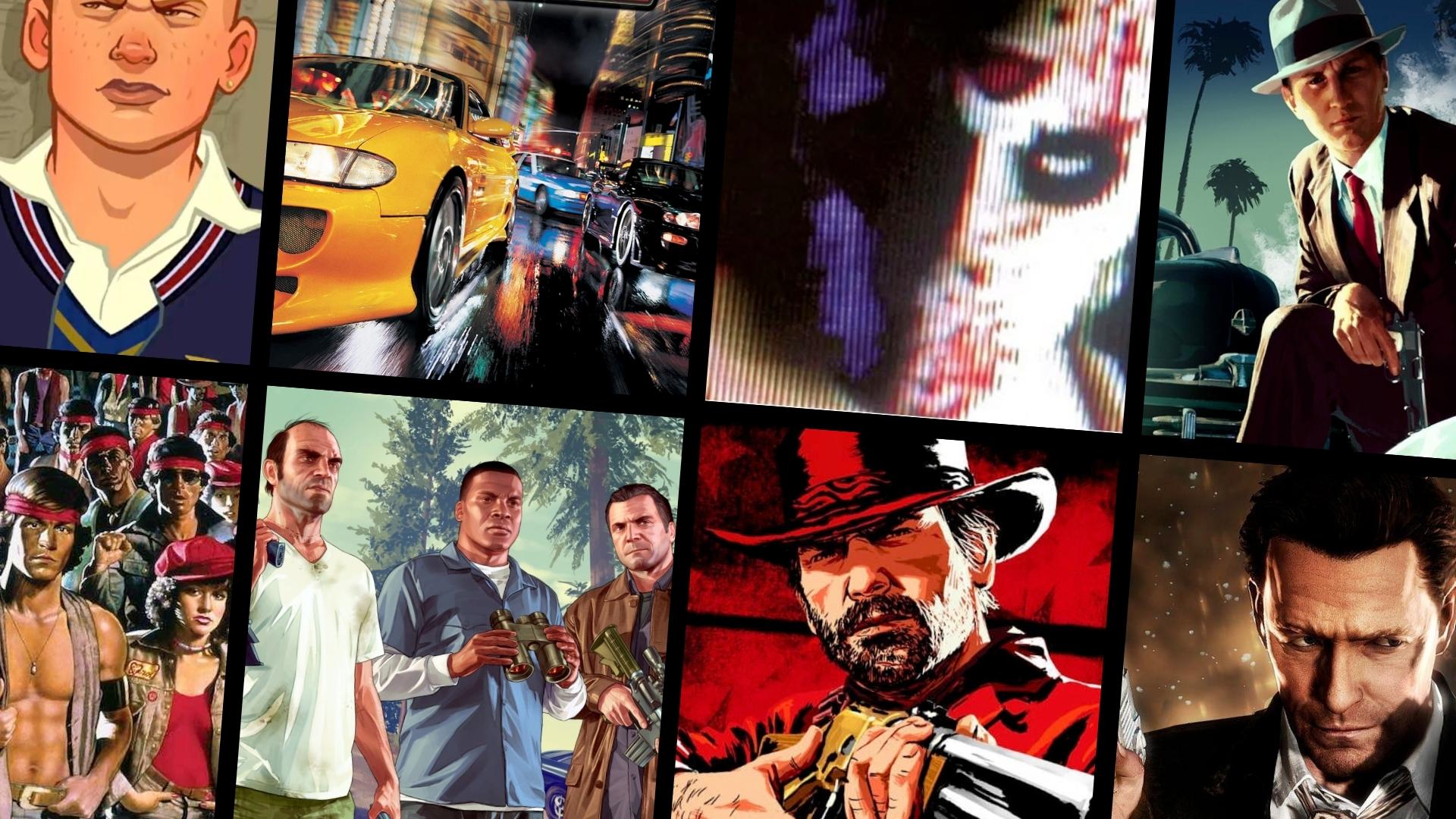 Some of the best games most of us have experienced in our childhoods were a product of Rockstar Games. Games like GTA San Andreas, Vice City, and Liberty City were the pinnacle of gaming in their time as they presented gamers with fantastic stories and captivating gameplay to keep them hooked for hours, as well as warranting multiple playthroughs. Over the years, Rockstar Games has evolved as a company, broadening its knowledge and experience by enhancing the user experience and producing games that are stunning, as well as immersive. The hard work and effort that goes into designing good games are commendable, and we are going to be presenting you with some Rockstar Games statistics and facts to see how the company has improved over the years and what they have accomplished. If you want to learn more, consider reading up on some video game industry statistics and facts as well!

The first thing we have to take a look at is the revenue stats concerning Rockstar Games and how much money it earns each year as well as across its titles. This is important because quite a few of their games have in-game transactions that allow players to get more items to help their gameplay or just cosmetic items that change the look of their characters. Let’s take a look.

Given that Rockstar Games is a billion-dollar company, you can be sure that the demand for jobs is going to be high, something which the total number of employees and the average revenue imply. A large portion of Rockstar Games’ revenue comes from in-game purchases and general title sales, so you can understand why they are pushing constant updates into GTA Online.

Grand Theft Auto V is the second highest-selling game of all time, just after Minecraft, which sold a total of 238 million copies. While the difference between the two is high, Grand Theft Auto V still has the reputation of being a timeless game that anyone can pick up and instantly enjoy. The financial numbers are astonishing as $15,000 every ten minutes is no joke and it paints a clear picture of the success of Rockstar Games.

The Grand Theft Auto series has sold over 380 million copies.

We’ve taken a look at the sales stats for Grand Theft Auto V, but we can also see that it is the shining star of Rockstar Games, netting the vast majority of sales in the entire series. The second-highest-selling game of the series is Grand Theft Auto San Andreas, another hit title and one of the most popular games of all time. The rest of the series has posted some fairly impressive sales considering the time they were made.

The Red Dead Redemption series has sold over 67 million copies.

Now, when it comes to the Red Dead Redemption series, it has accumulated noticeable fewer sales compared to the Grand Theft Auto series, but that is because the Grand Theft Auto series was always the pride and joy of Rockstar Games, so people were bound to gravitate to them instead. However, the popularity of Red Dead Redemption is nothing to scoff at, since they have one of the best stories and immersion you are going to find in any game today.

Red Dead Redemption 2 made $725 million in its opening weekend.

Something that Rockstar Games always manages to do well is generating hype for their games months before they come out, so it is only natural for Red Dead Redemption 2 to have a fantastic release weekend, raking in nearly $1 billion. This is comparable to the performance GTA V had where it generated over $1 billion within the first three days of its release.

Now that we have checked out the sales stats for the company, it is time to take a look at the community aspect of things and see how many people play the games and what their accomplishments have amounted to since they were released. As the second-highest-selling game of all time, you can be sure that the content that Grand Theft Auto provides is more than good enough to show some nice stats! The same goes for the Red Dead Redemption series and its fantastic storytelling.

Grand Theft Auto V is a game that you can easily play for over a hundred hours, not including multiple playthroughs, but every game is bound to get boring eventually since you can’t do much once you have achieved everything the game has to offer. However, the good thing about Grand Theft Auto V is the multiplayer mode where every single session brings something new to the table. That is the reason the game has so many players nearly 10 after it came out.

This line of statistics is basically the same, just a scaled-down version of the monthly player information. The interesting thing is that the game had nearly the same percentage increase in both daily and monthly active players over one year.

It makes sense that the game would be the most popular in the United States because Grand Theft Auto V is mostly based on North America and the various stereotypes that come with big cities such as Los Angeles. The rest of the stats, while limited, show that the distribution of players is from all around the world and is generally less than 10%.

The stats surrounding platform distribution might be a bit dated, but it still gives us a good view of the distribution of players that play the game regularly. It is very difficult to gauge how many players truly play the game on consoles, but we can be sure that the real numbers are staggering.

GTA Online had over 33 million players in the first year of release.

Rockstar Games is not as popular for keeping track of global stats through infographics as other companies do, but through the ones we have, we can see that 2013 was a productive year for GTA Online as players raked in the stats and showed us just how fun GTA Online can be.

This is the point where we have to face the reality of some situations. Red Dead Redemption, while a great game on its own, simply could not keep up with the quality and replayability of other Rockstar games, so it has been in a steady player decline for quite a few years. Of course, this is completely normal as the usual thing that happens is that the new games will overshadow the originals, leading to them having fewer players as a result.

These statistics were accumulated within the first two weeks of Red Dead Redemption’s release, and through them, the enthusiasm and curiosity of its player base are shown very well. They raked up significant numbers in various fields, similar to how GTA Online performed in its first year.

There you go, those were some of the stats that the community surrounding Rockstar games racked up over the years, and you can be sure that those numbers are only going to increase from there. However, the fans that actively play the games are not the only ones that we have to consider when it comes to these games. Another very important aspect of any game franchise is the fans that tune in to Twitch every day to just relax and watch the game. We are now going to be taking a look at some of the most relevant Twitch stats for the GTA series as well as Red Dead Redemption.

Since these stats are displayed throughout most of 2022, we can see that the game still saw some considerable broadcasting hours and especially the total hours watched. While the stats are impressive, we are still expecting them to decrease the more time goes on. Until then, if you’re a fan of the original Red Dead, watch as much as you can!

The final line of stats we have for you is the same as the previous two, where we can see some very solid broadcasting hours as well as hours watched for Red Dead Redemption 2. The reason people love watching this game is that it is massive and playing it yourself can get quite exhausting, so being able to sit back and watch someone else explore it in its entirety is much more manageable.

Online play is a massive aspect of Rockstar Games and it is a core part of their identity. You are completely free to enjoy their epic games through the single-player mode, but when you want to interact with other players and have fun online, the transition is seamless, and you can expect the highest quality. We have analyzed Rockstar Games in depth to give you all of the information about it you can need, and we have established that it is a billion-dollar company that does what it does masterfully, bringing us awesome games with infinite replayability and a multiplayer scene worthy of envy. While certain games like Red Dead Redemption and Max Payne have been fading over the years, they were still epic when they were just released, and we will cherish those memories for sure. We sincerely hope that you are happy with the information we’ve provided and that you have learned something new!