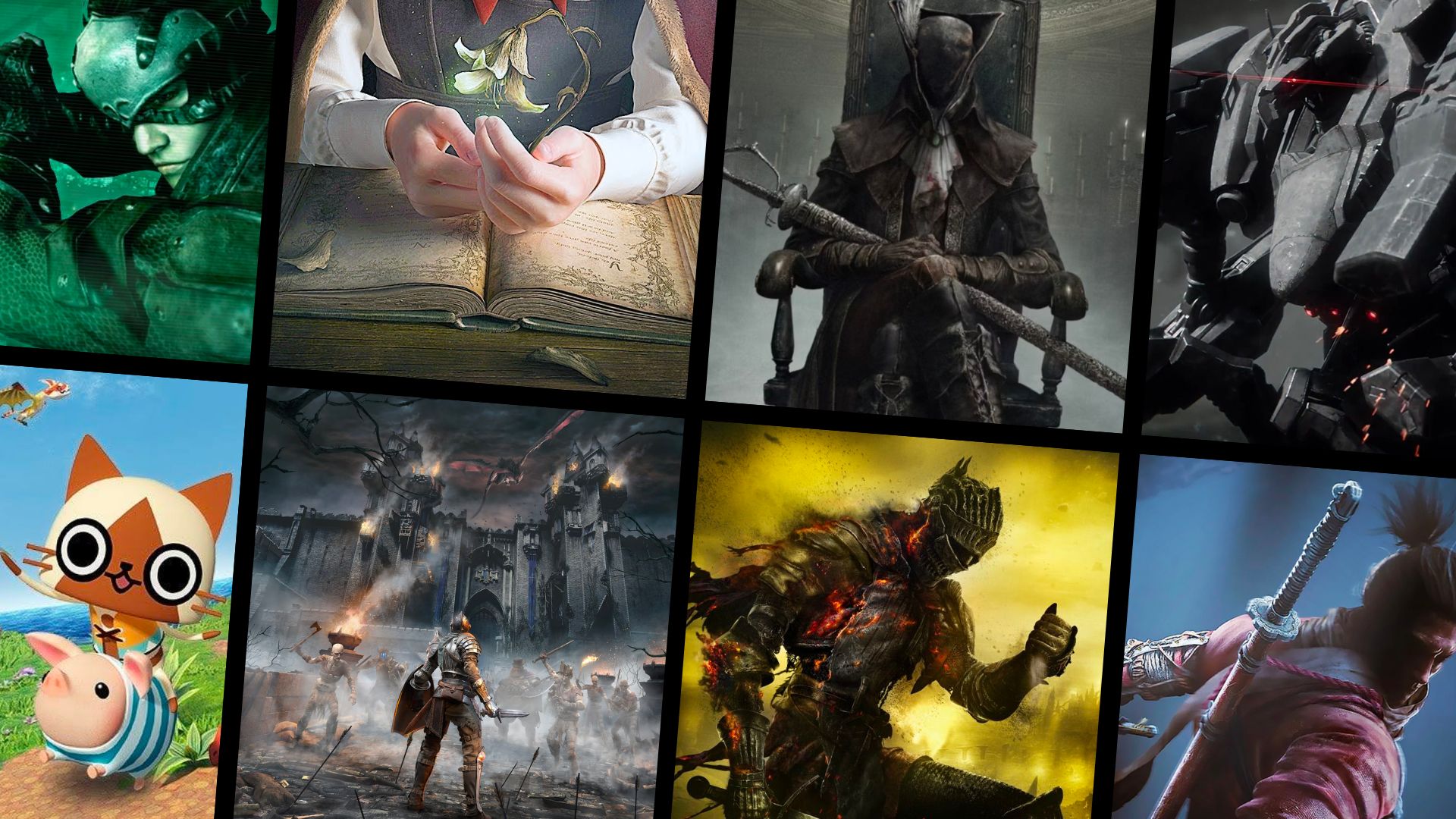 The numbers don't lie, these games are slayin' it!

There are many different types of video games. They range from story-driven games to sports games to puzzle games and many more, but very rarely do you see a game franchise spawn an entirely new genre. That is exactly what happened with FromSoftware, a game development company that has released some of the most challenging games on the market, leading to the term “soulslike”. FromSoftware has had a long-standing reputation for releasing games that are incredibly challenging but also have some of the best storytelling and settings of any games you can find, as is apparent with Elden Ring, the game of the year in 2022. Because of all these accolades, we are going to take a look at some FromSoftware statistics to see what the company has achieved over the years. If you’re interested in similar topics, like the total video game industry revenue, we have you covered!

The first section we have for you is going to examine some general statistics regarding FromSoftware as a company, from its annual revenue to its total net worth. These stats are vital for any company because it helps you gauge how successful the company is and if its revenue is decreasing or increasing year by year. After we’re done with this section, we will examine some stats regarding their games in general and some Twitch stats to see how invested the community is in FromSoftware games.

FromSoftware has made $928.9 million in lifetime revenue.

In this first part, we are going to highlight one of the most important statistics regarding the total revenue that FromSoftware managed to generate during its time producing games. The company generated nearly $1 billion across all of its games so you can quite clearly gauge how successful it is and how well they make its games. Despite some claims by employees that the working conditions at FromSoftware are not ideal, they still manage to do everything on time and produce top-tier content.

Elden Ring is FromSoftware’s best-selling game at 17.5 million in sales.

The hype surrounding Elden Ring was immense as it wasn’t very known for a long time, so much so that the Elden Ring subreddit essentially turned into a cult that clung to any information they could get about the game, even suggesting to turn the subreddit into a Bugsnax subreddit at one point (weird, we know). However, the expectation and anticipation paid off when Elden Ring was confirmed and it amassed a record number of sales during the first two weeks it was out. It was a massive milestone for the magnum opus of Hidetaka Miyazaki and we can only assume what kind of DLC is going to come out for the game in the future.

As we have just mentioned, Elden Ring was the biggest FromSoftware release of all time, largely because it catered to a wider audience of gamers that can more easily digest the difficult nature of the game and appreciate the nuances of Soulsborne games. Because of its massive launch sales and excellent reception on the market, it is no surprise that Elden Ring amassed such excellent revenue on Steam.

And now we come to a fairly surprising fact concerning FromSoftware, and that is that they are reviving one of their original series that started in 1997 — Armored Core. Armored Core is a third-person mecha shooter in a dystopian setting. While it was relatively popular back when it just came out, we have a feeling that the setting of Armored Core coupled with the quality of next-gen graphics is going to be revolutionary.

The average rating of all FromSoftware games is 74/100.

The last line of general statistics we have for FromSoftware is just to showcase and prove how highly rated the games are, wherein none of the Soulsborne games have a lower rating than 79/100, which is excellent considering that they also have some games with lower ratings, like Tenchu and Steel Battalion. While these games didn’t shine in the FromSoftware library, the Soulsborne and Armored Core series more than made up for them.

In this section, we are going to take a look at how much the Twitch community likes to spend time watching FromSoftware on Twitch. The Soulsborne… ekiro… ring, yeah sure, the Soulsbornekiroring series is much more popular than the Armored Core series, and that is because the former has a lot more replay value than the latter, and people just love watching speedruns. Also, we are going to cover speedrunning FromSoftware games in this section simply because players have done some mind-blowing runs in the past.

These stats were accumulated across the entirety of 2022 and we can see that the older Soulsborne games get considerably less attention than the newer ones, with Elden Ring taking the charge at nearly 300 million hours watched across all games. However, just because the newer games get more attention does not mean that they are not still popular since Demon’s Souls, the game with the least amount of received attention still managed to accumulate nearly 3 million hours watched.

The Soulsborne series had 15.5 million broadcasting hours on Twitch in 2022.

This is directly correlated to the previous line of stats and we can see that Elden Ring is still the most popular Soulsborne game by far, with the rest of them trailing behind considerably. When it comes to the Dark Souls trilogy, Dark Souls III has the most broadcasting hours likely because Bloodborne is still a PS4 exclusive and the audience for that game is a bit smaller.

bearzly has the Guinness world record for most alternative controllers used to beat Dark Souls.

Now we come to what is perhaps the most interesting section for the Soulsborne games, and that is the ridiculous range of controllers that people have used to beat the original Dark Souls, as well as Dark Souls III. Some streamers and YouTubers had the incredible idea of making custom controller configurations using everything under the sun, from dance pads to steering wheels. Not only are these sorts of runs interesting to watch, but they also showcase the ingenuity of the gaming community and the ends they will go to spice up games.

Dark Souls III was beaten using a bunch of bananas.

This is essentially repeating the same thing we said about the previous line of stats, except for the fact that some madman named ATwerkingYoshi came up with the idea of connecting multiple bananas to create a controller that he could touch and input commands into the game. Like, who does that? That was definitely one of the best and most ingenious runs in gaming history, and it was repeated in Elden Ring as well.

Within 2 months of its release, Elden Ring’s speed runs were reduced to under 10 minutes.

This was one of the most surprising things about Elden Ring speedrunning, and it is fairly hard to top as a result. In the world of speedrunning, you have different categories for glitchless runs and for runs that use glitches. This Elden Ring any% unrestricted speedrun employed what is called “zipping” which allowed you to literally skip entire areas and sections of the game, which brought the total time it took to complete the game to under 4 minutes, which is ridiculous, even for the Soulsborne series.

Streamer dinossindgeil beat the Soulsbornekiroring series in a single run without getting hit.

And the final line of stats we have for you is centered around dinossindgeil, a streamer that managed to complete what can easily be considered the biggest feat in gaming history — beating the entire Soulsborne series including Elden Ring in one run without getting hit. Beating one of the games like you’re supposed to is hard enough, doing it without dying is crazy, beating one game without getting hit is next-level, but doing what this streamer did is nothing short of godly. It is going to be a long time before something in the gaming industry comes even close to this level of skill.

And there you have some of the most relevant statistics and facts surrounding one of the most difficult gaming franchises in history. FromSoftware games have been around for a very long time, and they have proven to be cult classics that are instant hits the same year they are released, as is apparent when you look at their popularity in general. Although the Armored Core games are definitely not as popular as other FromSoftware games, we can be sure that they might just spark in popularity because the newest Armored Core, Armored Core VI: Fires of Rubicon is going to bring back the core ideas of the epic franchise in a fresh, AAA graphics package!