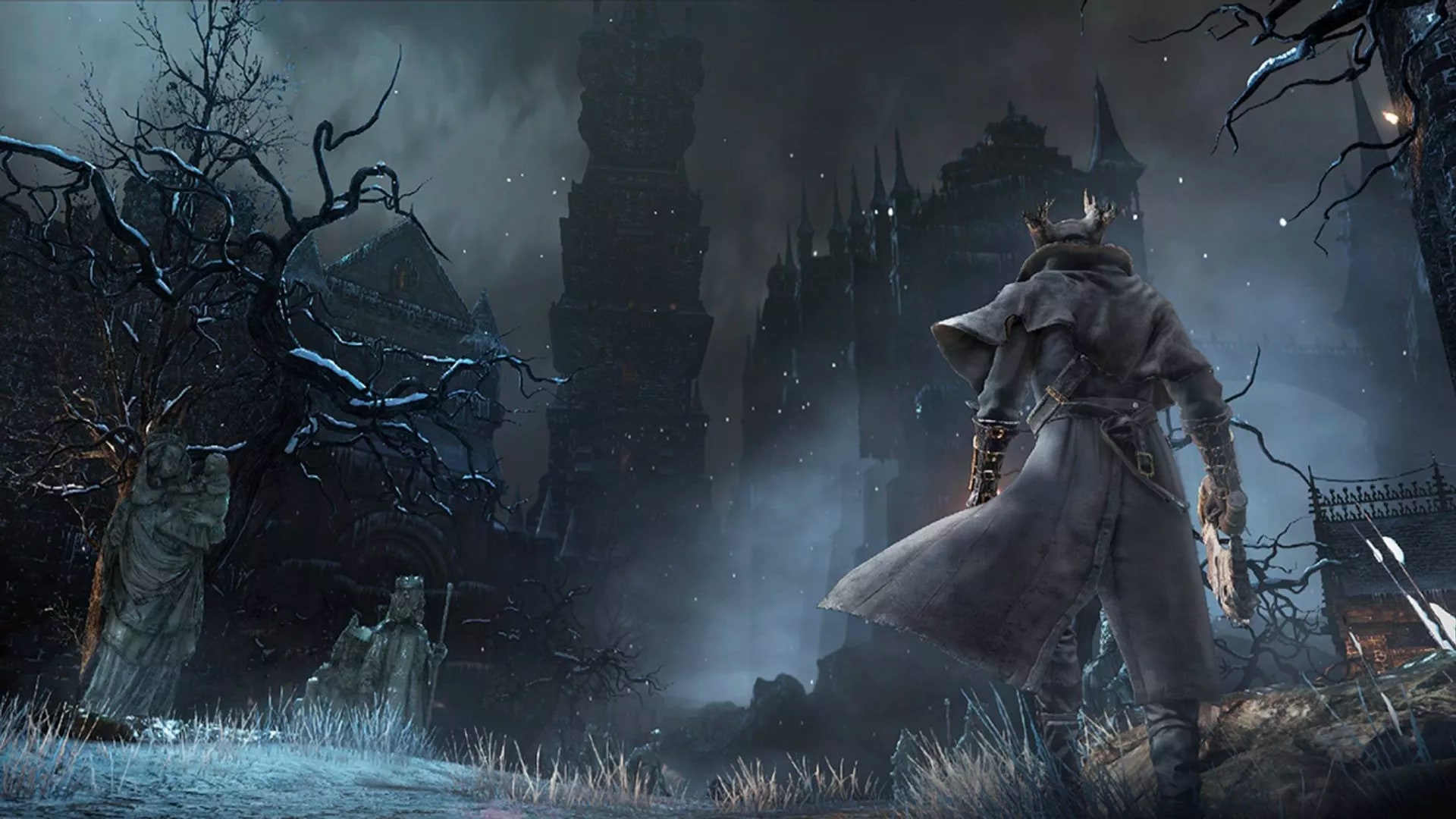 While the most prevalent characteristic of FromSoftware games tends to be their borderline unfair difficulty, what really sets them apart from other games is their art direction and worldbuilding. A common idea that the FromSoftware worlds express is a bleak reality where everything is hopeless and the player has to face all adversity to overcome their situation. One of the best FromSoftware games, as well as one of the best games of all time, is Bloodborne, an action RPG set in a Victorian-era city that is infested by all manner of beasts and aliens. Since the game is so beloved in the gaming community, we are going to be listing some Bloodborne statistics to show what kind of success the game has seen since its release in 2015. If you prefer more general statistics concerning the growth of the video game industry, we have talked about that as well!

In this first line of stats, we are going to give you a brief overview of how many people play Bloodborne and some other general facts surrounding the game. Bloodborne is one of the most popular FromSoftware titles because of its unique gameplay dynamic and notorious difficulty. There are a lot of numbers to go through, so let’s step into this gruesome world and see what’s real and what is a dream!

Of course, since Bloodborne is still a PS4 exclusive, there is no reliable way of tracking the exact number of players in the game at any given time, so we are relegated to using information based on the number of users who interact with Bloodborne-related content online, so the actual numbers are hard to come by. Nonetheless, when a 2015 game has over 100,000, it’s a good sign that the game is still healthy and loved within its community.

When it comes to the sales stats for Bloodborne, unfortunately, it is the same situation as the stats regarding the total number of players. FromSoftware does not make a habit out of releasing its revenue stats for many of its games, so we can never have a clear estimate of how much Bloodborne has managed to earn since its release in 2015.

Bloodborne got a demake before it got a remake.

This is perhaps one of the more unexpected things to happen when it comes to Bloodborne since fans were clutching dearly to any and all news about a Bloodborne remake, remaster, 60 FPS patch, literally anything that would hint at the game getting updated. However, the community did get a pleasant little surprise in the form of a Bloodborne demake, a small game that features some areas of Bloodborne in a PS1 style. Even though this is not what the community asked for, it is a welcome addition to the Bloodborne universe. Now, all we have to do is wait for Bloodborne Kart and we can cope for yet another year…

As a game with a cult-like player base, Bloodborne is notorious for its speedrunning scene as well as switching up the way you approach the game in the form of interesting builds and challenge runs. And of course, you can’t have all of this gameplay variety without anyone to share it with, so we are also going to examine how popular Bloodborne is on Twitch!

Bloodborne had 7.9 million hours watched on Twitch in 2022.

Given that Bloodborne is a fairly old game at this point, it is no surprise that its total hours watched on Twitch in 2022 are going to be significantly lower than some of the newer AAA games, as well as some FromSoftware games. Nonetheless, the Twitch stats that we have gathered about Bloodborne across 2022 tell us that the game is still very healthy on the Twitch scene, likely due to some of the challenge runs that people have come up with, as well as speedrunning prospects. Even if these two things are not the case, the game is still quite appealing to watch for anyone, be they a fan of action RPGs or not.

The any% Bloodborne speed run is 18 minutes and 49 seconds.

And finally, we have some stats regarding the speedrunning statistics that people have managed to rack up since Bloodborne came out. Now, it is important to note that FromSoftware games are difficult, and notoriously, smash your controller levels of difficult, yet players have managed to slash down the time it takes the game to be completed to literal minutes, either through the use of shrewd glitches or just plain skill. You can rest assured that anyone who managed to enter the leaderboards of Bloodborne speedrunning is, what you would call, a god gamer.

And this is the point where our dream has to come to an end and we can awaken to a new morning. The world of Bloodborne is one of dread, blood, and terrifying monsters around every corner, and that is precisely why it’s so appealing to so many people. Even though the game has been around since 2015, a remake or a 60 FPS patch is still nowhere in sight, and the Bloodborne community is on its last legs in both sanity and hope for the future of the game. In either case, there is absolutely no disputing the fact that Bloodborne is one of the best games ever made and it is going to remain at the top of the list of FromSoftware games along with Elden Ring, based on its sheer quality. Fear the Old Blood.