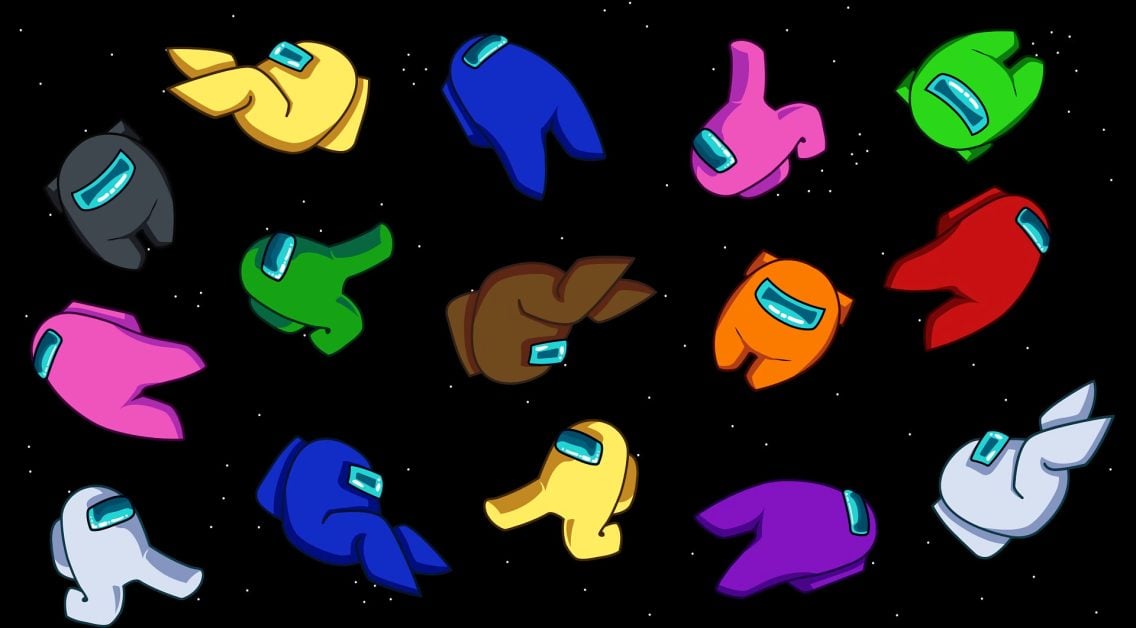 Among Us statistics and facts 2022

Launched in 2018 by InnerSloth, Among Us is a cops vs thieves game that will require the players to use specific skills: deduction, manipulation, communication, deception, and resilience under pressure.

The game takes place on a damaged spaceship that needs to be repaired by the crew before it can explode. Unfortunately, hidden among the sheep are the wolves, ready to sabotage the whole operation. Whether by killing other players or by meddling with the equipment, impostors are ready to do it all to achieve their goal. And it is in that ‘friendly’ atmosphere, that players must then expose the real impostors via a voting system. Crewmates can force other people to gather and discuss the suspects to then vote: get ready for a lot of secret alliances, backstabbing, and strategies.

Among Us was not the huge success story we know today. It started really humbly, with less than 700 players playing at the same time during peak times and servers crashing regularly under the burden. Until the COVID-19 fiasco started in 2020 and then the game hit the jackpot. With everyone forced to stay at home, Among Us’ popularity soared through the roof and was everywhere.

All the ingredients necessary for success during a pandemic were here: the game allows you to play with up to 10 players, it is exhilarating and exciting, easy to understand/play/follow, and easy to stream. It took over Youtube and Twitch and even helped streamers to expand their community as some were being discovered and some others seized the opportunity of being able to play with big streamers and enjoying that kind of exposition.

So, what do Among Us statistics say exactly about the success of the game? If you’re still craving some more information about video games, we think you should head over to our video games industry statistics next, for more facts and figures.

Among Us user stats

Players made the success of Among Us and are fully part of the formula. What can be said about them when it comes to that game?

Among Us is popular with everyone, but particularly with young adults and teenagers. Older people do play it too and several often notice how the lobbies seem to be full of really young people. The number of players under 13 might actually be bigger, but it is the kind of crowd you see often on Reddit.

2. At the end of September 2020, the game reached 3.8 million concurrent players on PC and mobile combined.

2020 is the year Among Us was at its busiest, as it was steadily gaining steam. It then reached astounding numbers before the end of the year, enforcing its status as the favorite.

Nowadays, those numbers are lower but still good. Unfortunately, InnerSloth is not sharing them often since they are not record-breaking.

4. Some controversies hit Among Us, but they were not the game’s fault.

As usual, when a game gets big and has a multiplayer mode, we have to endure the trolls. Thankfully, their clowneries did not affect the reputation of the game. In the case against Epic, it is sadly a perfect example of how indie developers are treated by bigger companies. A shame really, considering that indie games lately have demonstrated way more creativity than most AAA games.

Among Us direct stats

With such a success, everyone is a bit curious about topics focused on the money made, the number of downloads, and more information around the game itself.

It is not possible to find the exact numbers for other platforms, but one thing is certain: most players are using their mobile phones to play the game.

Not only does the US have the highest number of players, but it looks like they are also quite light with their wallets. It is a good way to support this small studio.

7. The game has an in-game boutique with microtransactions.

DLCs have been a thing for a while now, the audience is pretty used to it. It is a good way to make some extra money and diversify your income. The items in Among Us are mostly just to alter the visuals, but they can be really funny. Players enjoy customizing their astronaut.

8. The game is pretty lucrative on PC accounting for 64% of Among Us’s total earnings.

The discrepancy is mostly due to the fact that you have to pay for the game on Steam and then we can add to that that most players also want to create their own style for their character and will buy the DLCs.

9. It lost some steam in 2021 on mobile where it has its biggest community.

If we think about it, it is not that alarming. The game has already been heavily downloaded around the world. It would be weird to see the same surge right now when most people already have it.

10. The studio received 6 accolades & awards over the last 2 years.

You can only say “well deserved”! The game has been smashing through that glass ceiling to even be ranked #3 on Twitch, before big names like League of Legends.

Among Us usage stats

The game gained traction in the whole world, but let’s not forget that it is a South Korean streamer who shone a light on Among Us, then picked up by Brazil that popularized it and finally heavily streamed by American streamers. Which country is going loco for the schemes and drama?

11. The countries with the highest number of players are the US, Brazil and India/Mexico.

If the US and Brazil are constant, the third spot is a battle royale between Mexico, India and South Korea.

12. Congresswoman Alexandria Ocasio-Cortez streamed Among Us on her Twitch channel to over 430 000 viewers.

AOC is known to be an actual gamer and she used her stream to urge young people to go vote while also having a lot of fun with her viewers. The stream was a good example of how modern politics can get closer to their younger potential voters.

13. Among Us gathered a tremendous amount of views on Youtube in 2020.

From edited Twitch streams served as digests to compilations of the best moments to Top 10, Among Us has been the topic of a lot of different types of videos. The most popular are the cartoons and parodies.

It might be smaller than before, the Among Us is still pretty active. And not finding someone playing the game is pretty rare. Compared to before, the numbers might look trivial, but they are still doing well.

The small indie game went where a lot of his fellows have never been before and made it a point to allow all players to share the fun. Starting on mobile, Among us can be found on 2 other platforms and 3 more to come in December.

It is possible to see how and when the game lost big chunks of its players. With life resuming where it stopped during the quarantines and lockdowns, there is less time to play as much. However, the release of the new map in March 2021 brought back a lot of curious cats.

Cross-platform is a smart move in the video game industry when you want to reach a larger audience. For a game such as Among Us, it is the best choice if they want to convert more fans. It might also present a nice alternative to people who have it on their phone, but would rather play on a bigger screen, for example.

The format and gameplay of the game are perfect for tournaments and Among Us did offer a chance to the community to play on the big stage.

As always with eSports, the prize money is pretty good. And the bigger the game, the better it is. For a small indie game developed by only 4 people, Among us is doing well in tournaments.

18. The Top 3 of the highest earning players is dominated by the US.

The US players occupy most of the leaderboard, leaving only 2-3 spots for other countries (UK & Canada).

Signs of the time, tournaments started when the pandemic was the biggest issue the world was sharing. Therefore, LAN eSports events could not be held thanks to the restrictions and rules implemented.

Life as an indie developer is never easy. Between the restricted budget, the lack of notoriety, the AAA games getting released at the same time, and the pirates, it is difficult to have a breakthrough. But when it happens, it has often to do with timing and luck. Which does not mean that it is bad and it simply was lucky. All the opposite: the game got indeed lucky but it continued to thrive because it is good. Look at Five Nights at Freddy’s, Amnesia, or Poppy Playtime.

Among Us deserves all the attention it was given as the game was a breath of fresh air with its simple -but well-executed- mechanics and the social fun it had to offer in the really tense climate of the global quarantine. People made friends playing the game and there is a good chance that they also lost after a bit of backstabbing and cunning strategies…but they also had fun.

All the best to the developers at InnerSloth for the future!