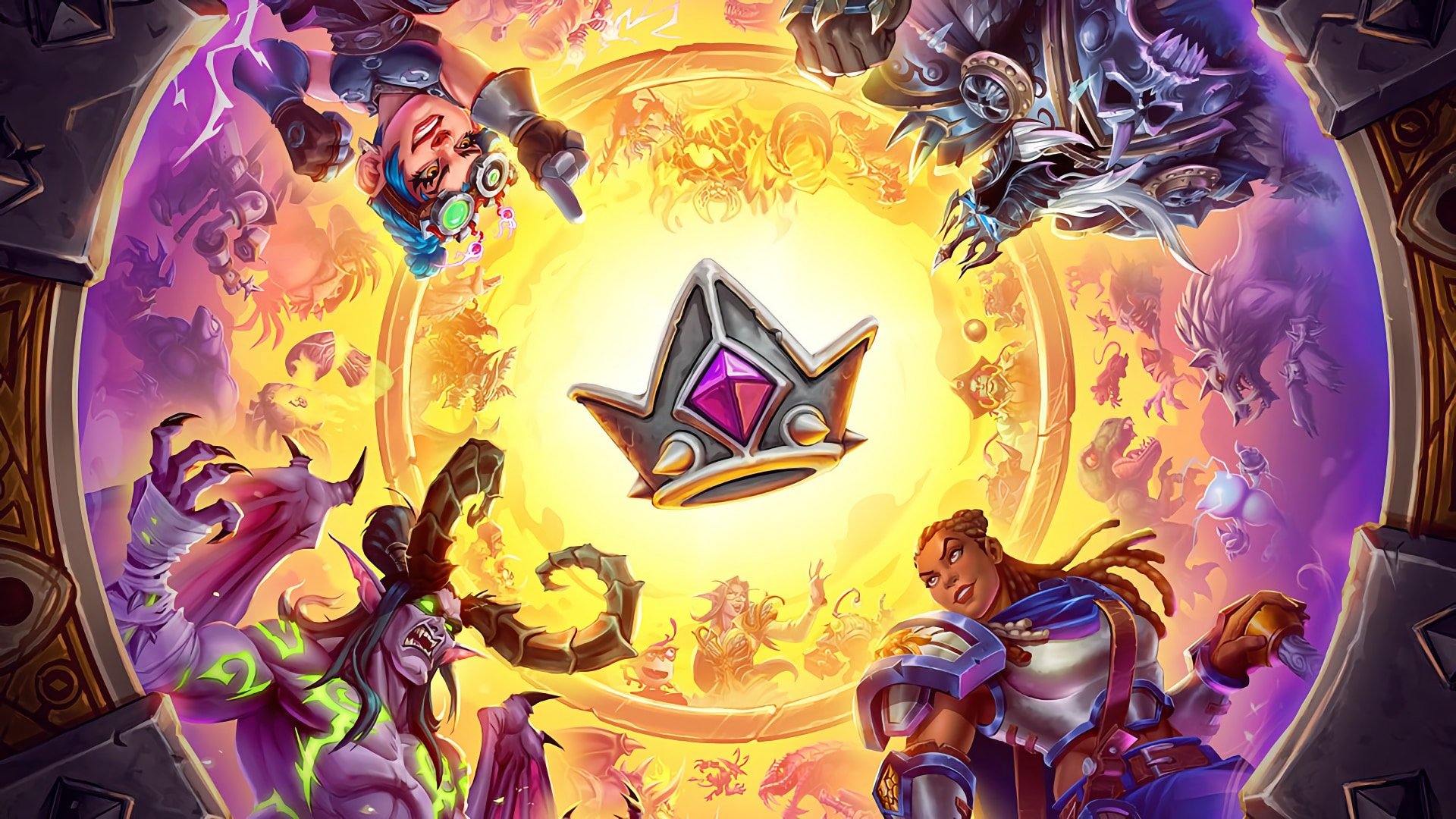 Card games are some of the oldest games in the history of the Earth, and they have been evolving over the years, even getting to the point where you can play as many card games online as you want against anyone in the world. One of those card games is Hearthstone, a game that is based on the Warcraft universe and features a tremendous amount of content as well as a vast majority of the characters you can encounter in World of Warcraft itself. The game has seen millions of players over the years and billions of games, both from casual players and veterans on the professional scene, and there have been some interesting numbers that we would like to take a look at. We are going to be presenting you with some Hearthstone statistics and facts to display the game in its full glory so you can get a perspective on its performance over the years. Hearthstone has a very good esports scene, but if you want to know how big is the gaming industry, we can give you some info there, as well.

The first section we are going to be taking a look at is related to some Hearthstone user stats to see how the game’s user base has been performing and contributing to the game since Hearthstone came out in 2014. A global game like Hearthstone is nothing without its community, so let’s get to it!

In the first line of statistics, we have answered your most burning question — how many people play Hearthstone? The answer is a whopping 4.5 million people who play the game actively each month. This is a fantastic number of active players which serves well to indicate that the game is very alive and doing quite well. Other than that, we can also see that the number of active players is also impressive, with a third of a million players active during the day.

Heartstone has accumulated over $660 million in mobile revenue since its launch.

One of the best things about games like Hearthstone is the fact that the game is not very demanding, so it can run quite comfortably on basically any mobile device. On top of the game providing you with some incredible gameplay, it’s great when you want to kill some time during your commute, or in class (we know you do it too), basically anywhere you can save some time, some Hearthstone is a fantastic tool. This is why Hearthstone has accumulated so much mobile revenue over the years. When you play something every day, you’re more likely to buy something as well!

Hearthstone made $165 million from mobile players in 2018.

This is an extension of the previous section that covered Hearthstone’s overall revenue but only for a specific year. Unfortunately, Hearthstone does not usually post its revenue statistics year after year, so the only source of information we have is from 2018. Nevertheless, since Hearthstone is a constantly-evolving game, we can assume that it has seen some similar profit in 2022 as well.

18.31% of Hearthstone players are from the United States.

This is a very common occurrence when we take a look at some of the geographical statistics surrounding games. Most of the time, the largest percentage of a popular game’s player base is going to be in the United States. Similar to the previous line of stats, we cannot exactly discern the exact percentage of players in each region, but PlayerCounter tends to provide us all with accurate information, so we can trust this, for sure.

Hearthstone tends to have a slightly older player base compared to other games that target younger audiences such as Fortnite, which is apparent when you look at the statistics. What is also interesting is the fact that Hearthstone also has players that are over 55 years old, which means that the game is so popular that it attracts fans of all age ranges!

(Source: Out Of Cards)

Here we have some stats concerning the milestones that Hearthstone crossed in 2020, also known as the Year of the Phoenix in the game. As we can see, the players managed to accumulate a considerable amount of matches played, as well as a whopping 43 billion spell casts across the entire year. This is massive as it shows how much the Hearthstone community is dedicated to playing the game to the fullest!

One of the most prominent features of Hearthstone is its replayability and its competitive nature which can easily attract a large number of fans to come and watch some gameplay. This is why Hearthstone has such a good esports scene. In this section, we are going to be taking a look at some Hearthstone Twitch and esports stats to see what user engagement is like for this fantastic game!

Hearthstone had 213 million hours watched on Twitch in 2022.

From the Twitch stats Hearthstone has accumulated over the last year, we can see that it is still in very good standing, even if you take into consideration the fact that there have been a ton of viral games to come out in 2022, yet Hearthstone is till ranked 21st by average viewers. Although the latest Hearthstone expansion has been receiving a bit of flak, we’re sure that the game is still going to be raking in more viewers.

The Hearthstone esports scene has awarded $28.89 million in prize pools.

We can see here that being a professional Hearthstone player is definitely not something that is a waste of time, seeing as the rewards that some of the top players are earning are out of this world, especially for a single-player game. Even though the game has been out since 2014, it has already gathered a massive esports following and a massive total prize pool when you consider all of its tournaments.

The most successful Hearthstone player is Thijs “Thijs” Molendijk with $526,414 in earnings.

And finally, we’re just going to take a look at some stats concerning the most successful Hearthstone streamer and professional player — Thijs. Thijs is from the Netherlands and has been playing the game since 2013, so you can be sure that he is the person to talk to if you want some quality Hearthstone content. Overall, he has earned over half a million dollars from the game he loves to play, and that is awesome!

And there you have all of the Hearthstone statistics and facts you could have asked for! We believe that this is definitely one of the best digital trading card games of all time and the numbers behind it confirm that statement. Hearthstone is nearing its tenth year online and in that time it has amassed millions of dollars in revenue, and even more fans in the process. Although the game has received its fair share of criticism at some points, the amount of good outshines the bad to deliver you some of the best content you can ask for in a card game. We sincerely hope that you have enjoyed the information presented here and that you have learned something new!