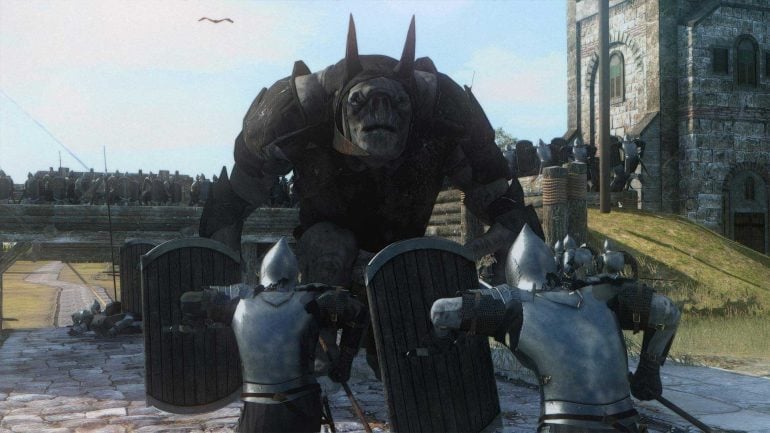 The Developers at the Creative Assembly have a fantastic franchise between their hands. With their flowing contribution to the gaming industry, we get to see great wars between two factions (or more). Even though they focus on two different genres (Turn-Based Strategy and Real-Time Tactical), there are always new ways to experience “war.”

Through your gameplay sessions, you always pick one army to begin your journey. Depending on the game you’re playing, it can either be a historical civilization or something with a fictional origin. Afterward, you load the campaign map, check your place in the “world,” and resolve any possible threats that appear near your lands.

All of it comes with limited movement between your units and a chance to improve some of your establishments. When you run out of things to do, you end up your “turn.” Later on, it depends on the other AI (Artificial Intelligence) or Human opponents. And wait for your turn to begin.

Between it all, you (and your opponents) have the opportunity to start a conflict between two available armies. When the fight begins, the map loads, and you get to see the classical strategy conflict between two factions. Most noteworthy, in any Total War game, you get to experience a vast army that moves around a field and prepares itself for the inevitable. Indeed, any Total War game feels like a pumped-up version of Risk that lets you organize and create outstanding strategies in a conflict instead of throwing the dices.

In this iteration of Total War, you have the opportunity to pick an Army that mostly has a historical origin. This time around, you can select a civilization between Europe, Middle East, and Africa. Furthermore, you have the chance to sail away to America (to fight the Aztecs) and conquer new lands. As you may already tell, the game’s goal is to become the strongest army above everything else. To reach this goal, you’ll need to play your cards right by making/undoing alliances and conquer any enemy territory.

As you move forward through your playthrough, you’ll need to make decisions that could increase/decrease your kingdom’s productivity. Therefore, try to take full advantage of your turns and act accordingly.

Most noteworthy, when this game became available to all of the gaming community, it came with revolutionary additions. The engine gave us the chance to create conflicts with around 10k units moving simultaneously on a battlefield. Secondly, the developers gave us additional tools that aid for any modding assistance. Hence, we have the opportunity to make and modify entire armies that could add more replayability to the game.

Considering this, we now give you the best mods you could find in M2TW, which could add tons of hours to your gaming sessions. All of these examples give you tons of new options, units, and ways to experience Medieval 2 Total War in other ways.

To start the Total War mod journey, we need to set some rules for this list. First of all, all these mods are the community’s favorites in no particular order. Secondly, you still have the chance to download any item on the list and start playing your new campaign. Lastly, all of them work with both versions (old CD version and Steam), which means anyone can play them. Remember that you’ll need Medieval II: Total War: Kingdoms expansion installed in your base game.

Without further ado, here you have the best mods for Medieval II: Total War.

1. Call of Warhammer: Beginning of the End Times

All the work from this modder became available to the public before the official Warhammer version of Total War hit the stores. Still, though, it contains excellent new content for the main game. The grand campaign map is now three times bigger than the original, where you can find different biomes and weather changes. Secondly, you have the opportunity to play with new units that belong to armies from Bretonnix, Lizardmen, Ogre Kingdoms, Wood Elves, and more.

Most noteworthy, the modder gave a lot of attention to the Chaos army and their unique properties.

This time around, the modders made a total conversion to the original game and making it based on The Lord of the Rings Franchise. Due to any Total War engine’s capabilities, you can take this strategy game and make it the best contender to replay the movies’ big fights. As you can already tell, besides the new map (which is a copy from the original), the add-ons come with new playable factions to try. Furthermore, you can expand the Third Age mod with multiple “submods” that aim to finish this theme’s full experience. Therefore, you can see the collective work from various modders that keep updating and making this fantasy universe (Middle-Earth) a lot better. Moreover, remember that you can even use multiplayer features from Medieval 2: Total War and play with your friends.

If you ever feel like you do not have enough Skyrim to play, well, this mod is your answer. With some tweaks from here and there, you now can play with different new factions within the Tamriel continent. As a result, you have a combination between the RPG elements of Skyrim and the Strategy part of Medieval II: Total War. Therefore, you can recreate the most significant battles that we get to read in different books across Tamriel when we journey across the Elder Scrolls games. Additionally, you can even change the outcomes of any fights by changing into the “bad” factions and conquer everything you see. Lastly, since this engine comes with a lot more optimizations than the one we had in Rome: Total War, the battles turn into another level.

Best dinosaur games to play in 2022

4. Game of Thrones: Fire and Blood

Even though the last season of the series wasn’t enjoyable for almost all of this franchise’s followers, you still can try this mod for free. Most noteworthy, you can relive all the crucial fights from the books and the series and fight alongside the famous characters. Furthermore, since the campaign map looks similar to the Westeros territory, you can see how all the factions interact. Additionally, since you can always wait for updates for the mod, we could see some improvements when the other books arrive. Therefore, we can have better endings and great battles.

Increase the immersion of Medieval 2: Total War with the outstanding work from these modders with Broken Crescent. When you install this mod, you’ll see the kind of “professionalism” they add with every unit and level of detail. Indeed, you’ll see historical encounters from the Middle East, starting from 1174 to 1300. Additionally, you get to choose between 18 new factions and tons of new models to try. Sadly, it seems that the developers left the mod and moved to different projects, but who knows; we could see something new shortly.

Besides adding new campaigns and playable factions, this mod increases the potential of the base game. First of all, you have more options to tweak when you load the mod into your game. Therefore, you can activate/remove settings to your liking or how much your computer can handle. For example, you could leave permanent arrows or javelins on the field, which adds realism to any mythical encounter. Additionally, you can tinker with the type of AI you want to face when you’re in the middle of the campaign. Lastly, it corrects the historic “miss happens” from the original Medieval 2: Total War, making things more accurate. Above all, you can check all the new changes to the game in a multiplayer match with a friend. Moreover, you can enhance this mod’s experience by adding submods to make it more accurate.

Learn a couple of new things about our history as you play with this mod for Medieval II: Total War. Indeed, the modders from this custom content change the game almost entirely. With the addition of multiple texts for different parts of the game, you can learn something useful even on the loading screen. Like the other items from this list, you also get new campaigns, playable factions, and new units. Even the new map has a lot of details and additions that increase the likeliness of the game. Still, the campaign increases the game’s difficulty, making it more challenging for those casual players. Therefore, you need to prepare your army accordingly and expand when you have enough resources at your disposal.

If you feel like learning new battlegrounds and multiple playable factions get too complicated, this is the mod for you. Therefore, instead of adding something entirely new (like adding things from other franchises), the modders aim to make the base game better. Hence, you get to see improvements that make Medieval 2: Total War more stable and prettier. Therefore, you can see a couple of additions to the map (with more details). It also adds a couple of historical factions that look and play like the original game. Most noteworthy, this type of mod doesn’t follow an almost perfect historical view. It is taking a little freedom here and there with some elements of the game.

When you become bored of all the game’s historical elements and want to try something entirely new, you should check this mod. Above all, it adds multiple units from random franchises and creates chaos on the battlefield. We leave all those surprises for you to test if you venture into something like Planetwar.