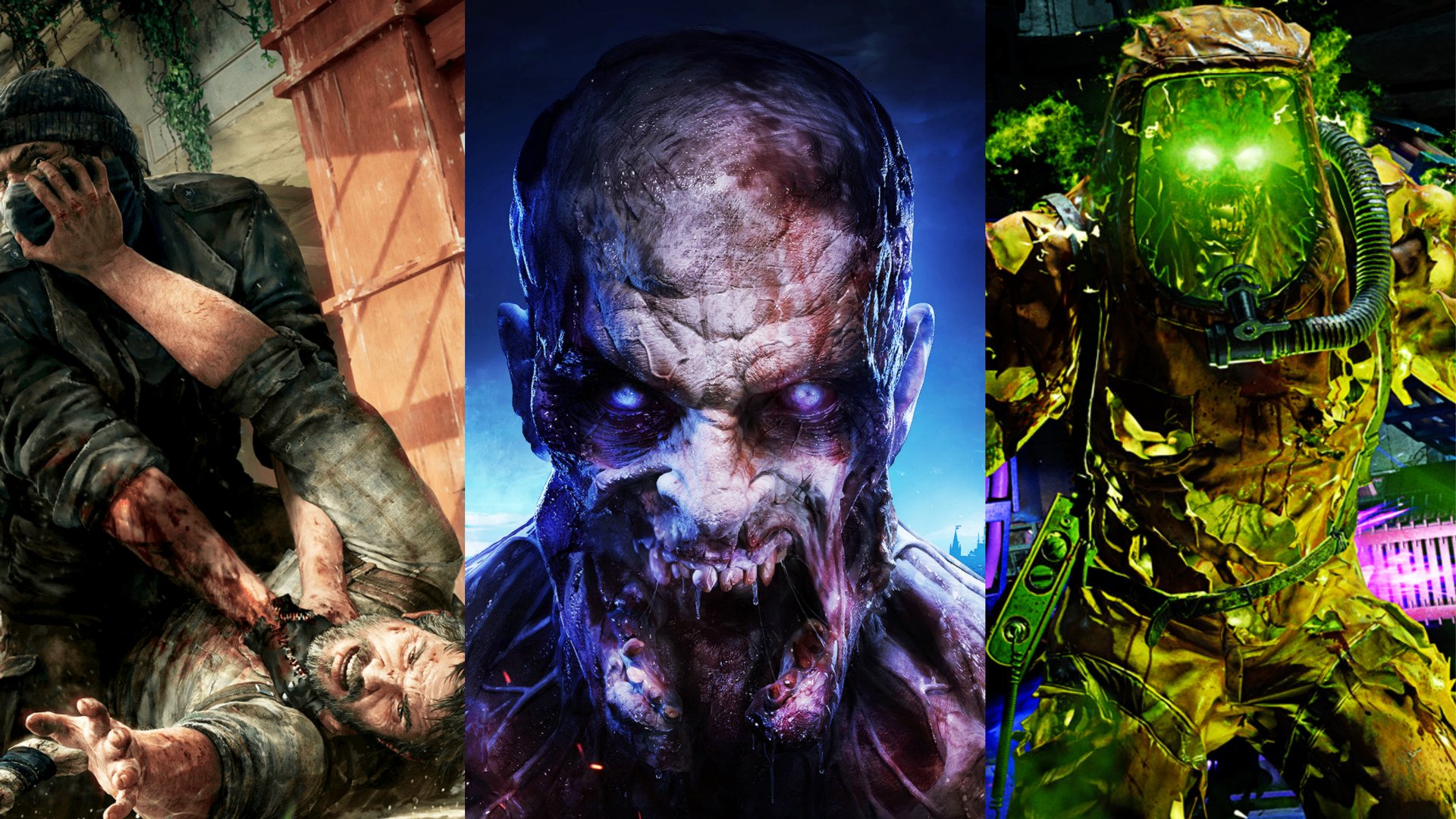 Ready to tackle hordes of zombies in rich, interesting worlds? Take a look at this list!

Zombie games are an all-time classic that many gamers have been enjoying for years. What makes them interesting is the survival-horror aspect, the intensity, and the coolness factor of it. You can team up with your friends to blast away some zombies for hours, never a dull moment to hold you down. The zombie games are masterfully made, and there are many on the market at the moment.

One of the most defining factors of the best zombie games is the multiplayer aspect and what better way to have fun with your friends than to play some awesome games with them? Well, if you’re looking for a new experience with intense combat, take a look at our best war games article, and if that’s not your speed, there is also best RPG games.

The sequel to the 2015 viral game, Dying Light 2 is a survival action-horror game where you assume the role of Aiden, an experienced survivor of a zombie outbreak, completing missions across the massive city of Villedor. The defining aspect of previous games, as well as this one, is the parkour mechanics. Most other games have little to no verticality to them, instead of focusing on slower, gun-oriented gameplay. This is not the case in Dying Light 2. Here, the gameplay is intense because you’re always on the run, always looking for the next ledge to grab onto and the next roof to jump on. You’d think that the tall terrain would stop zombies from coming to eat you but that isn’t correct. All of this realism makes Dying Light 2 one of the best zombie games. During the day, zombies are sluggish and easy to kill because the virus is weak against the sun. At night, however, new species of zombies come out to hunt, and your job is to either defeat them or manage to run away. You can also play this game with a friend in real-time multiplayer.

Let’s be honest, you can’t have a good list of the best zombie games without mentioning something from the Resident Evil franchise. Capcom has always been a master of delivering a terrifying experience comprised of brilliant gameplay and a fascinating story. The game we’re mentioning today is the Resident Evil 2 remake. Using the original base of its predecessor, the remake brings the story back to next-gen systems with absolutely insane graphics quality. In Resident Evil 2, you play Leon, a new addition to the Raccoon City Police Force as he walks into a new zombie outbreak. Most of the action happens at the police department as you make your way through the tight hallways managing your resources and killing zombies along the way. The quality is nigh-perfect so you can expect a wonderful and faithful experience brimming with terror and dread.

Diverting from story-based zombie games a little bit, we now have Call of Duty: Black Ops Cold War. This is one of the best zombie games because of the classic approach of CoD to the zombie genre. The bleak and dreary themes covered in this 2020 release can be offset by the vibrant and intense zombie mode. Here, your job is to just kill zombies as much as you want in round-based gameplay that offers a wide variety of weapons and different types of undead abominations to slay. The appeal of this game is the mixture of themes because some of the maps are set in cities that were ravaged during the Cold War, but it’s kicked up a notch when you add some monsters into the mix. Playing with friends will give you a great experience that you might find familiar if you’ve ever played the original Black Ops Zombies modes.

Remember Left 4 Dead 2? Yeah, that was a long time ago, wasn’t it? Well, in 2021 a new game came out that was a spiritual successor to Left 4 Dead 2 with many similar gameplay elements. It is primarily a team-based environment game where your group needs to make its way through tight corridors and treacherous places while fending off the hordes of enemies. The enemies are your classic zombies with finite heath that come in droves to devour you. Much like L4D, there are some interesting bosses that fill some of the variant archetypes from other games like giant zombies and other, more sinister things you’re just gonna have to discover yourself. When it comes to the gameplay, it is a bit different than traditional games and this is evident in the fact that the developers decided to add the element of decks. Decks of cards are used to modify your gameplay, be it decreasing your health, stamina, or damage. This is a great element that can change your gameplay in interesting ways, leading to a fantastic experience in one of the best zombie games.

Killing Floor 2 is an incredible game that takes a fantastic approach to gameplay. In this game, you join a group of soldier-esque survivors who need to make their way through a map while defending themselves from waves of merciless zombies called Zeds. The team consists of a welder who has to weld passages and doors shut to keep the zombies out while the rest of the team consisting of assault players defends them. What makes Killing Floor 2 a truly intense experience is the fact that the waves of zombies and enemy types are randomized near the end of the waves, so there are a lot of ramping difficulties. Also, when you clear a wave, the next one is guaranteed to contain more enemies, further increasing the difficulty. Overall, this is one of the best zombie games you can enjoy with friends because of the tactical approach to combat and the general horrific intensity of subsequent waves.

The Last of Us

The Last of Us is one of the best games of all time. In this game, you play Joel, a widowed father whose daughter died 20 years ago. The whole setting is dystopian and melancholy as you traverse the beautiful map accompanied by your teenage companion, Ellie. While other best zombie games might have a lot of intense combat with shooting and whatnot, The Last of Us puts special emphasis on stealthier gameplay because zombies are very dangerous if you’re not careful. If you do need to make some noise, however, there is a wide array of guns, melee weapons, and craftable traps that you can use to survive against both zombies and humans on the road. When it comes to the story, it is literally perfect. Your emotions are going to be all over the place because the narrative is both sad and adventurous, as well as scary at times since the story implies that there is some degree of evolution with the zombies — some of them are crusted-over with fungus and are incredibly deadly, and you have giant zombies that are tough bosses.

Now we come to a game where the story takes precedent over everything else. The Walking Dead is exactly what it sounds like: a game inspired by the viral TV show that has been running for far too many seasons. In the game, you take the role of Lee Everett, a man who is lost in the world with no one to accompany him. You make all of your own decisions as you walk through the rich world, meeting new characters with who you can interact, and depending on if you’re friendly or not, you can either make friends or enemies. Likewise, your actions as you play can have different effects later in the game, like if you tell someone to go somewhere, you might meet them there later to continue the story. The narrative makes this one of the best zombie games because it proves you do not need constant action all the time. The iconic and unique art style is great for this application as it allows you to get caught in the story and absorb every interaction and event to the fullest. It’s okay to cry.

This is one of the most ambient games you can enjoy today. Days Gone puts you into the shoes of Deacon St. John, a wanderer who makes his way in the world on his motorcycle, interacting with people and killing zombies. There is a strong narrative presence and a sense of community since you have a hub area where you can buy weapons, upgrade your bike, buy supplies, and initiate quests. When the gameplay is concerned, Days Gone emphasizes the large scale of Oregon, where the game is set. When you come across zombies in the wild, you can fight them by peppering them with machine-gun spray, running away from them to use the environment to your advantage, jumping through tight spaces so the enemies have to funnel through it slowly, allowing you to shoot them even more. Being tactical is a good move in Days Gone. It increases your chances of survival. The best zombie games have a strong emphasis on survival and Days Gone does that wonderfully.

The wackiest of all the best zombie games on this list, Dead Rising 3 is all about the carnage. Your name is Nick Ramos, a man who only wants to kill zombies. The thing that is most noticeable about this game is the sheer number of zombies present on the screen at any time. You can spend hours just killing zombies without end, creating hit combos and killstreaks to break your previous records. What makes the game even more awesome is the variety of weapons. You can’t go into a zombie apocalypse without anything to defend yourself with, can you? Well, in Dead Rising 3 you can create your own weapons by combining them with other things you find in the world. There is a crazy number of weapons to choose from, and the combinations you can make are insane. For example, found a chainsaw lying on the ground? Duct tape it to the sledgehammer you found earlier to create — The Sledgesaw! Pretty cool, innit? There are also some bosses you can encounter through the game and they are mostly individuals who have handled the apocalypse poorly and have been rendered insane and equally dangerous.

A mixture of Resident Evil 4 and John Carpenter’s The Thing, Dead Space is a third-person survival-horror game set on the Ishimura, a planet-cracking mining vessel that has gone quiet. Your name is Issac Clarke, an engineer whose job is fixing whatever is causing the problems on the ship. Once you and your group enter the ship, you are assaulted by some monstrous conglomerations called necromorphs. They are humans mutated by something deeper within the ship. You are cut off from your team and you need to somehow survive the hundreds of monsters on board the ship using whatever mining/repair tools are at your disposal. The gameplay can get really intense since the corridors are quite tight and the enemies are relentless. The ambiance is quite stressful, dark, bleak, and probably the best of all the best zombie games we’ve mentioned so far. It is a must-play if you’re a horror Sci-Fi fan, plus there is a remake coming out in late 2022, approximately.

Hopefully, you can adapt to these various environments as you cleave your way through the best zombie games in whichever way you please. These games come from different gaming eras so you have a nice blend of new and old games. This way there is something for everyone and you’re sure to find something of interest. If you’re looking for other games that aren’t zombie-related, then our best free PC games article is perfect for you! 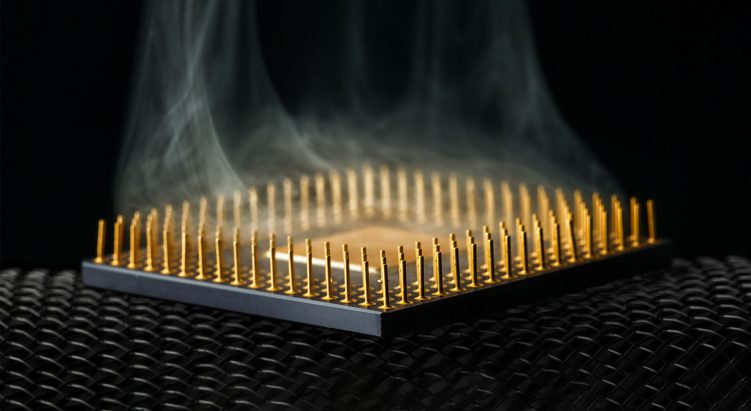