We looked at 276 gaming monitors & here’s what we learned 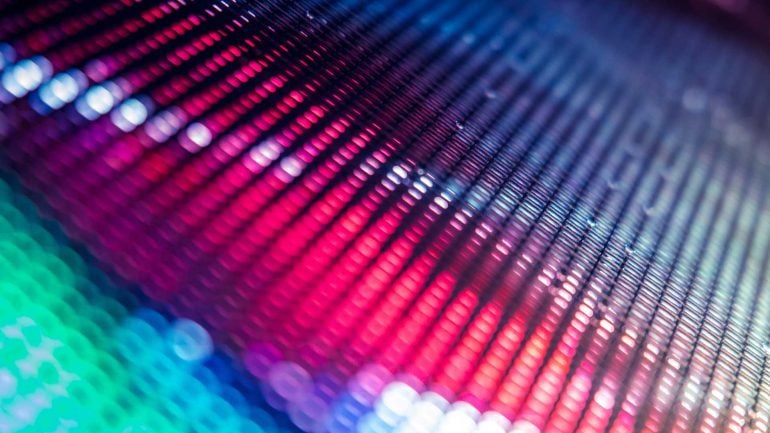 Lost in the sea of gaming monitors out there? Not sure what all your actual options are? This is the complete and definitive guide to what’s going on with gaming monitors in 2019.

We scoured the internet for all the latest gaming monitors out there to make it easier for you to know what your options really are. In the end we analyzed a total of 276 monitors.

This is what we found out…

Note: For our study we defined gaming monitors as monitors having refresh rates of 144Hz or higher. This is the standard widely used by pro gamers. We only looked at the latest up-to-date monitors and those soon to be released. Older models that are no longer produced and sold weren’t included in our analysis.

91.3% of gaming monitors these days come with some form of adaptive sync technology that prevents screen tearing and helps you have smooth gameplay.

Included in 64.9% of gaming monitors is AMD’s FreeSync, a royalty-free open standard that’s budget friendly. Making it by far the most popular adaptive sync tech included in gaming monitors.

This shouldn’t come as a surprise since FreeSync, unlike G-Sync, doesn’t require a proprietary module to be included in monitor – avoiding a considerable price increase.

NVIDIA’s propriety and premium G-Sync in comparison is trailing at just 17.4%. To open up buying options for gamers with NVIDIA cards, this year NVIDIA pushed a driver update to enable NVIDIA graphic cards to work with some FreeSync monitors.

With that said, FreeSync 2, announced at CES 2017, has been slow to be adopted with just a 5.8% share. FreeSync 2 monitors feature stricter quality certification, low latency, and guarantee support for Low Framerate Compensation and HDR content. In other words a higher bar for manufacturers to comply with.

Likewise FreeSync 2’s counterpart isn’t doing so well either. G-Sync Ultimate, previously marketed as “G-Sync HDR”, has been worse off with just 3.3%. It has a similar quality certification program in place and HDR support. Here NVIDIA isn’t lagging that drastically.

This is slightly misleading though. Something we noticed in our research is that manufacturers like to make both 24 and 24.5 inch monitors instead of choosing one or another as a standardized size. Grouping the two sizes gives us a 32.4% share – not that dramatic as a difference with 27 inch monitors but still significant.

Larger and more obscure screen sizes are there, but are more of a niche option for select gamers who want to relish in 4K and ultrawide monitors.

Having looked at monitor sizes and resolutions we can now dive into their pixel density.

Many people overlook this when searching for a monitor. Put simply this is how many pixels a screen has relative to its inch size. This is measured in Pixels Per Inch (PPI). The higher pixel density, the more detail can be shown, the better the image quality is. All that said, the most popular PPI for gaming monitors is 109.

Decent enough, well kind of… Considering that nowadays phones have a PPI of upwards of 550 (for example check out Samsung’s Galaxy and Google’s Pixel lineup), gaming monitors are lagging far behind.

Which brings us to our next topic:

It’s true that beyond a certain point the difference in PPI becomes unnoticeable. What exactly that point is is in debate. After all it’s not just the number of pixels in a screen that matter, but also how well the eyesight of a person is and the distance from a person to the screen. Just compare the differences in distance from your eyes to a VR headset, phone, and monitor.

It sure as hell isn’t 109 PPI though – let alone below that. Most of the rest of the monitors on the market have a PPI ranging from 93 to 82. Keep an eye out on the following 69 PPI monitors (31.5″ monitors with a 1920×1080 resolution) as they have the worst pixel density of all gaming monitors out right now. Avoid them if you love your pixels:

But the worst offender of them all and an oddity in general is the largest high refresh rate “gaming monitor”: the HP OMEN X Emperium. As a “Big Format Gaming Display“, NVIDIA’s marketing shtick, it’s basically a TV with lower input lag time and with G-Sync support added. It’s 65 inches wide and has a 3840×2160 resolution resulting in a 68 PPI.

We’ll give the Emperium a bit of a break though since you won’t be sitting as close to it as the others. At least we hope not…

Check these out if you want a good gaming monitor that you can keep appreciating even when you’re not gaming.

So a quick run down for those who don’t know.

A monitor with a high refresh rate (measured in Hz) means it can show more frames per second than your average monitor.

Put in the simplest terms, such a monitor makes a game run smoother and be more responsive.  A higher refresh rate means more data is being displayed each second and that can help you have a better reaction time.

In multiplayer games, especially shooter games, every millisecond matters.  Because of this a high refresh rate monitor also provides a competitive edge to pro gamers.

The difference between a traditional 60Hz monitor and a 144Hz monitor is very noticeable to the human eye. Though we should note though that going from 144Hz monitor to a 240Hz it’s harder to see a difference. Such is the law of diminishing returns.

120Hz monitors were the OG high refresh rate monitors and had doubled the rate from the 60Hz. Now they are pretty much a relic of the past and no longer being made.

Of all the monitors we looked at 73.6% have a 144Hz refresh rate. There are some monitors that have higher refresh rates but not many. With refresh rates of 240Hz at 11.6% and 165Hz at 11.2% being the second and third most common types of gaming monitors.

With all that said, 144Hz is now by far the most popular refresh rate seen in gaming monitors. This should come as a surprise to no one.

The most popular panel tech used in gaming monitors now-a-days are TN. They are a hair short of comprising half of all gaming monitors. This is with good reason – TNs offers the lowest response time of all panel technologies.

It’s essential if you want to squeeze every possible edge you can get out of your gear when it comes to gaming. In fact all 240Hz monitors have a TN panel – except for the LG 27GN750 which has an IPS panel.

But TN panels aren’t without their disadvantages though. They generally have the worst viewing angles, weak color performance, and lowest contrast ratio.

Second in place are VA panels with a 40.4% share. VA panels offer the best contrast ratio which is great if you prefer vibrant colors and deep blacks. In third we’ve got IPS. A better looking panel technology than the two. It has a wider color gamut and viewing angles, but also higher response times.

All three panel technologies have their advantages and disadvantages. In the end it comes to what matters the most to you, which can be great color reproduction or low response time.

Acer has the most choices

With 55 gaming monitor models Acer currently offers more choices than any other manufacturer out there. Trailing behind Acer is ASUS in second place with 33 and AOC in third with 32. A lot of monitor manufacturers are dabbling in gaming monitors without providing a ton of choices. Then again they may have a quality over quantity approach. Making fewer, but great looking and performing monitors.