What is sigma in World of Warships?

Players often make the mistake of conflating sigma value with overall accuracy. Read this to understand what sigma really means. 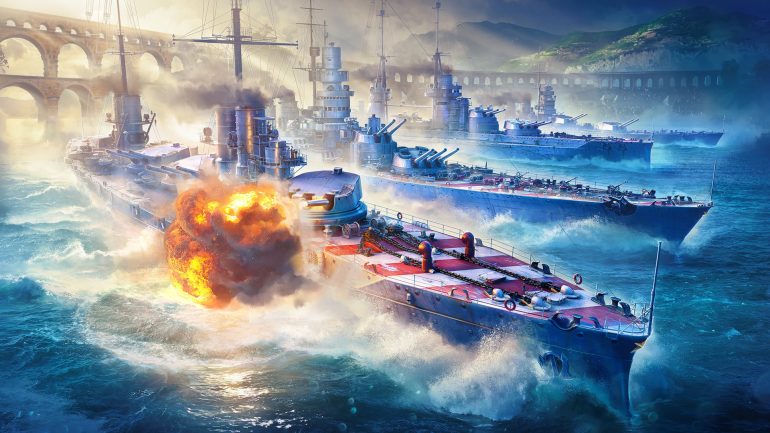 If you’ve spent any time in the Wargaming forums, you’ll know that the World of Warships community loves arguing about power tiers and loadouts. In debates about turrets and guns, eventually someone pulls out the term “sigma” to describe a weapon’s accuracy.

Now, this word has the magical ability to absolutely derail a conversation, turning it into a debate about sigma itself. Some are convinced it means literally everything, and that a weapon’s value relative to another should be determined solely by its sigma. Others are convinced that sigma doesn’t mean much at all, and those pro-sigma folk are spewing hogwash.

By the know, you know what’s better than a good sigma value? Free stuff. Read up on the latest World of Warships bonus codes 2023 to get prizes, cosmetics, and other free stuff for your favorite naval war sim.

In World of Warships, sigma is a weapon’s tendency to distribute shells toward the center of a dispersion field. In simple terms: the higher a weapon’s sigma, the more likely its shells will fire toward the center of your reticle. The issue with sigma—and why it leads to heated debates—is that it’s often misrepresented as a synonym for accuracy.

Accuracy is a weapon’s ability to hit its intended target. While sigma certainly influences accuracy, it’s not the only factor at play. In fact, it’s not even the most important factor. The key term in our working definition of sigma is “dispersion field”—the area a shell may fire, determined by horizontal dispersion and vertical dispersion and roughly approximated by your in-game reticle.

When you fire a shot, the shell trajectory could go anywhere inside your reticle, including the edges. A higher sigma just means it’s more likely to fire somewhere near the center. Crucially, this means the effect of sigma is less meaningful the larger your reticle is.

Dispersion is the distribution of possible directions your shell may go after firing. The smaller the dispersion area, the tighter the scatter area of shells.

The horizontal dispersion value tells you how far horizontally from your reticle’s center point a shell’s trajectory may go. For example, a Dunkerque has a maximum dispersion of 244 meters at 18.1 kilometers. This means, when firing a gun at a target 18.1 kilometers away, your shell may go up to 122 meters left or right of the center of your reticle.

Vertical dispersion works just like horizontal dispersion but on the vertical axis. This value tells you how far vertically from the center point a shell’s trajectory may go. The community is still trying to figure out exactly how vertical distribution works in World of Warships, so exact values aren’t readily available.

Logically, the closer you get to a target, the smaller the dispersion effect. After much experimenting, passionate members of the World of Warships community deduced that horizontal dispersion scales linearly. Vertical dispersion is a bit tougher to predict, as it’s a function of shell velocity and bullet drop, but generally, faster projectiles have bigger vertical dispersion than slower ones.

Sigma and dispersion together

Now, let’s put all of this together. Dispersion area is where your shell could possibly go, represented by your reticle, and sigma tells you how likely a shell will fire toward the center of the reticle.

How to sell a ship on World of Warships

Essentially, a higher sigma means more predictable shots because your shots are more likely to go toward the center of where you’re aiming.

But this is not the same as accuracy!

Remember that accuracy the ability to hit your target. If you put your reticle in the wrong spot, a higher sigma will just make it more likely for you to absolutely whiff your shot.

A high sigma will not make up for poor positioning and aiming.

So, what actually affects accuracy?

The best way to improve your odds of hitting your target (i.e., increasing accuracy) is to lower the dispersion effect. This means shooting from closer range to reduce horizontal dispersion or learning to intuitively predict bullet fall relative to projectile speed.

These are all things to come with time and experience—there are no shortcuts to getting good. Sigma lets you know that, over time, your shots are more likely to land toward the center of where you aimed. Experience teaches you where you have to aim.