How to get Citadel hits in World of Warships

What's the Citadel on a ship and how do you damage it? Read on to learn all about landing Citadel hits. 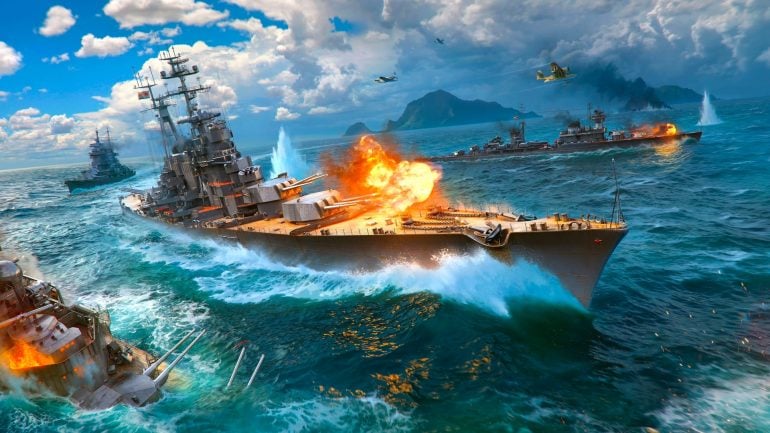 As warships became larger, their designers realized that it was too expensive to lay thick armor on the entire hull. Their solution was to lump up all of the ship’s vital organs—the engines, battery magazines, crew quarters, etc.—and put all the thickest armor there. This concentration of fortified armor became known as the “citadel,” and as long as the citadel was intact, a ship could still fight.

As you can imagine, having all the most important modules in one spot makes a ship’s Citadel a prime target in World of Warships. If you can punch through a ship’s Citadel, you can deal critical damage and put the ship out of commission for good.

Knowing how to get citadel hits in World of Warships is a key step in your journey to becoming a master captain. In this guide, we’ll cover the two aspects any skilled WoWs player knows about Citadel hits: how to locate the Citadel, and how to hit it when the opportunity comes.

Getting to the highest tier in World of Warships is a long and difficult process. Get a little help with these World of Warships free codes. Get free loot, skins, currency, and other awesome rewards without spending a penny!

How to find the Citadel

The exact location of a ship’s Citadel is different for each ship, but it’s usually somewhere in the ship’s midsection, protected by layers of the thickest armor. A good rule of thumb is to look out for where a ship’s turrets or chimneys are located. Since the Citadel houses ammunition stores and the engine, it’s usually found near the guns or beneath chimneys. Also, keep in mind that the Citadel usually sits below the water line and won’t be directly visible on many ships.

Battleships and Cruisers have fortified Citadels that can be hard to break through without big guns and AP shells. You don’t really have to worry about where the Citadel is on most Destroyers. This class has super-light armor, so basically any good broadside shot will disable it.

How to hit the Citadel

The Citadel has the thickest armor on the ship, so knowing how penetration works and selecting the right shell type are key to landing a shot on it.

Picking the right shells for the job

Since you’ll be shooting at the most protected part of a ship, you’ll want shells that can cut through the armor and destroyer the innards. You can technically get Citadel hits with HE shells, but AP shells are far more reliable for punching through protection. So, stick with AP shells.

Angling your shot to hit the Citadel

The above tips will help you find and hit the Citadel, but whether your shell actually pierces armor and deals damage is another story. Here’s a simple rundown of how each class fares against the other classes with regards to Citadel hits.

If you’re captaining a Destroyer, you’ll be little more than a nuisance and distraction to a Battleship. Your shells will just bounce off the armor. You’re best off leaving the Battleships alone.

Your guns also aren’t likely to land a Citadel hit on a Cruiser. If the stars align and you’re positioned just right, you might be able to cut through armor and destroy a Cruiser’s vitals, but it’s not likely. Instead, use your torpedoes to harass Cruisers; if they breach the Citadel, you can take a Cruiser down in two shots.

In a Cruiser, your main targets should be Destroyers and other Cruisers. Your AP shells should have more than enough piercing power to break through Cruiser armor and land Citadel hits.

At the right angle and at close range, you may have a chance at landing a Citadel shot on a Battleship. This depends on the caliber of your guns and the type of Battleship you’re up against. Some of the lighter Battleship variants are susceptible to Citadel shots from Cruisers.

Battleships have massive guns that making landing Citadel hits much more reliable than the other classes. Battleships can land Citadel shots on both Cruisers and Battleships from all ranges with AP shells. You might even be able to hit the Citadel of lighter Cruisers with HE shells.

Plunging fire is when a shell is fired high enough that it falls at a near perfectly vertical angle. Plunging fire can potentially land on a ship’s deck, which is typically unarmored, cutting a line straight through the ship’s heart.

Now that you know how to reliably find and land Citadel hits, you may be tempted to only go for Citadel shots all the time. Remember that you’ll only be able to consistently hit Citadels when firing at broadside, and those opportunities don’t come up very often. Still, knowing when you can hit Citadel and when will help you make smarter decisions become more effective at positioning. Good luck out there, captain!