Battleships are big, tough, and pack a punch, but they're slow as molasses. Read on to learn the basics on how to play these massive warships. 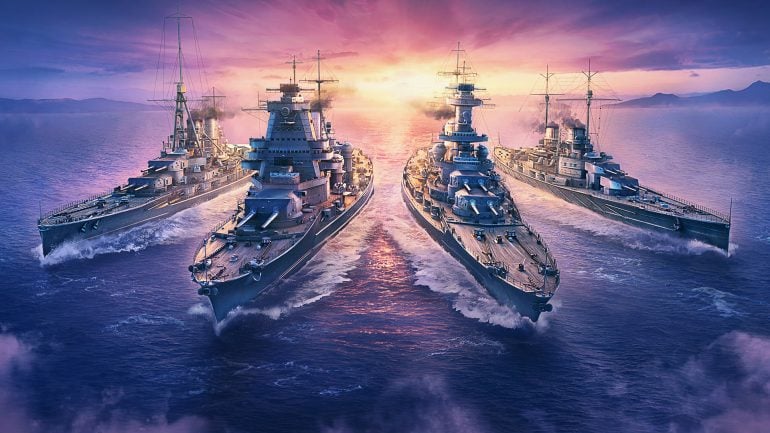 Battleships are among the largest and most heavily armed vessels in naval history. Despite their destructive potential, Battleships were fairly uncommon due to how costly they were to build and maintain. When deployed, Battleships provided support fire from afar, staying as far away from the melee as possible.

To play the Battleship class effectively in the game, one must stay true to its characteristics and be mindful of its limitations. Down below is a quick-and-dirty rundown on how to play a battleship in World of Warships. It is intended to assist Battleship newcomers in understanding the general combat style of Battleships in World of Warcraft.

Take a moment now to catch up on the latest WoWs codes. Use them to get free prizes, loot, and exclusive drops for World of Warships. Don’t miss out!

Why should you use a battleship?

Unlike in real naval history, the Battleship is one of the most popular classes in World of Warships. Battleships pack a serious punch, and they can take a beating, too, so it’s not hard to see why players love them.

Using Battleships effectively is harder than you may think. Yes, they have massive guns and thick armor, but they’re also painfully slow, hard to maneuver, and easily detectable. An expert Destroyer will run circles around you, and a good Cruiser will get use islands and smoke to punch holes into your hull. To be a smart Battleship player, you have to understand the lay of the land, where your teammates are, and how to position yourself so you’re not vulnerable to sneaking strikes.

If you’re the type who likes to influence the flow of battle from a distance, the Battleship is for you. Playing with a Division with your friends definitely helps, too. You’ll need a bit someone reliable to cover your back while you’re busy slinging hot metal at distant targets.

Battleships are well-built and dangerous in open seas. As the captian of a Battleship, your main role is to go where the enemy is, sink their big ships with artillery, and draw enemy fire from your teammates.

The big-caliber guns, long effective range, and AP shells of Battleships make them great at dealing with Cruisers. The cruisers may be safely attacked from afar thanks to the weapon’s impressive range. If your volley lands on the citadel, you’ll remove nearly a third of the cruiser’s effective HP, causing damage that not even the “Repair Team” can fix.

Battleships in the game all feature the unique ability “Repair Team,” which restores the ship’s effective HP and gives it a significant edge in combat, especially against cruisers. When you deflect hostile fire, your friends are able to strike at enemy ships without fear. Meanwhile, the “Repair Team” lets you get back some of your HP that you’ve lost.

Battleships that fought around the map’s perimeter the entire match without taking any damage and ultimately lost the match are, well, useless. A good battleship is one that can take hits from the opponent team while its allies conserve their effective HP and has already killed half of the opposition team.

These are the general rules that Battleship players abide by. Consider these rules of thumb and not hard restrictions, but generally, sticking to them will make you a better and smarter at playing Battleship.

Stay back and provide fire from a distance

First and foremost, keep your distance from your enemies. Battleships should stay clear of smoke screens and islands because of their limited maneuverability. The reason for this is that torpedoes might be tough to dodge if launched by a well-concealed opponent. Once you are out of range from the common cruiser, coordinate with your buddies on how to approach the enemies and know their whereabouts at all times.

Take advantage of your tankiness

When your fleet or team is working together, be the one to take up the majority of the bombardment. Due to their large Hit Points, battleships are among the most durable vessels. Furthermore, battleships have some of the thickest armor plate of any sort of warship.

Smaller warships’ guns, such as destroyers and cruisers, will not be able to damage or pierce Battleship armor. As a result, battleships can withstand a wide range of weapons and continue to operate. Because of their thick armor, battleships are shielded from everything except other battleships and torpedoes.

Battleships’ vast size makes them more susceptible to damage, especially from the side. The ship’s broadside should never be shown to an adversary. Staying in open waters allows a battleship to perform at its best. The strength of a battleship is that it can fire heavy cannons at targets that are far away. Keep your enemies at a safe distance so you can use your main battery guns to pound them. It’s good to have a backup weapon in case your enemy gets close.

Don’t engage in direct combat with other Battleships

Lastly, it may seem odd, but battleships are not built to fight with other battleships. When choosing between a cruiser and a battleship, it is usually better to go for the cruiser first. The battleship’s destruction is a task best accomplished in a fleet with allies.