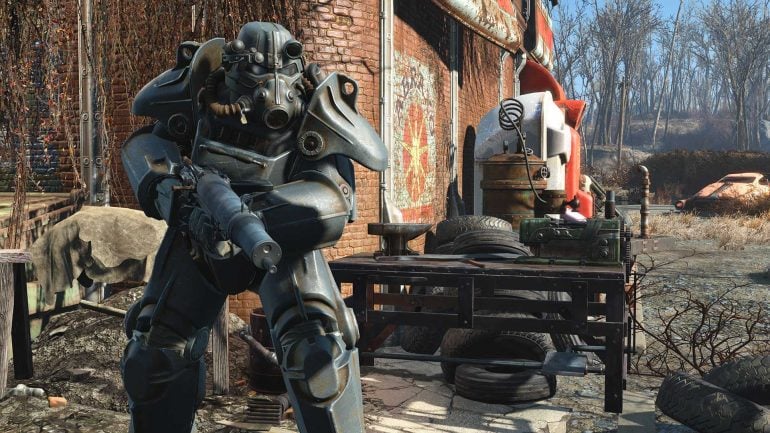 When it first released, fans were dumbstruck by the beauty of Fallout 4. I mean, it certainly was a step up from New Vegas.

But even though that was six years ago and the recommended system requirements weren’t exactly outrageous by today’s standards, a suite of now notorious performance bugs and glitches have inspired an enthusiastic modding community to produce some of gaming’s most effective performance mods.

In other words, there are mods that can make Fallout 4 run on almost anything. And if you’re having an issue running it, or one glitch in particular is doing your head in, you’ll probably find an efficient remedy on this list.

But there’ll also be tools here that can be used for gameplay optimization no matter what rig you’re using, be it Bethesda’s minimum AMD Phenom II X4 945 3.0 GHz & GeForce GTX GPU or a top-of-the-line gaming PC.

Considered the “most important Fallout 4 performance mod” by many, I figured it would be wise to start with Hippo’s Load Accelerator. By simply controlling V-SYNC and CPU Affinity at the loading screen, Hippo’s modification significantly shortens load times. You won’t get so much time to admire Bethesda’s 3D models, but it’s probably worth it.

Two quick notes: first, when using this mod, you should expect GPU load during loading screens to be higher. Second, don’t expect too much difference if you’re using an HDD – load reduction times are far more significant “in the SSD environment.”

Available for both PC and Xbox One, AKcelsior’s Insignifcant Objects Remover is widely considered to be another essential performance mod for anyone whose set-up is struggling with Fallout 4.

And it manages this, to great effect, very simply. All it does is reduce the insignificant objects to zero, basically removing them. It even has customisation functionality, meaning you can keep the seaweed on the beaches while ditching twigs on the highway. The results can be dramatically higher framerates, going to show how much processing power is used up on objects and textures you’ll probably never notice.

Terso’s Great FPS Boost is a great way to boost your FPS… if you didn’t notice that already.

The modder made a number of ingeniously small (and practically invisible) tweaks to things like fog, dynamic shadows, and grass – all in the hopes of giving you a performance boost without interfering too much with the way the game looks.

SiTheHandsomeGuy’s Fallout 4 FPS and Performance Fix aims to boost performance for users with lower technical specifications. It basically fiddles with the values in the Fallout4Prefs.ini file, reducing things like render-distance in order to give the game an added boost on lower spec computers.

Faster Workshop is a F4SE plug-in that overhauls massive sections of the workshop loading code with substantially more efficient and less dense versions. This mod won’t be necessary for many; if you have no workshop mods or are using powerful computer, it probably won’t make much of a difference.

StochasticTinker’s Dynamic Performance Tuner and Load Accelerator is another mod which implements a number of small changes to the game’s settings, allowing users to adjust and customise their experience and boost performance. It allows users to adjust shadow distance and Godray quality, as well as implementing framerate cap and load acceleration options.

While some of these mods make extensive changes to gamefiles, others just offer quality of life improvements. CyberShadow’s Upscale is simply one of the latter.

The mod allows you to run the game in “borderless fullscreen” while still having it rendered at whichever resolution they like. This allows players a number of options to boost performance themselves, including choosing lower resolutions while remaining full-screen and running Fallout 4 on ultra-settings (or with a ton of wild & wacky mods) by sacrificing only a little resolution.

However, the modder has noted that the popular ReShade mod, as well as others which modify the same graphics APIs or use the same DLL loading methods, are incompatible with Upscale.

If you’ve noticed your game slowing down substantially in built-up areas, BetaVirus’ Boston FPS Fix is a good place to start. It improves markedly framerate in and around Boston city regions by rebuilding the Vis and sometimes Precombined data. According to BetaVirus, most users experience an average of 50-60 FPS with the mod, 10 to 20 frames better than vanilla.

Sadly, the mod has been on hold since May 2019 – BetaVirus claims that they will still try to fix the mod if it breaks outright, though.

Myst’s Optimized Vanilla Textures implements a number of small tweaks and fixes to textures in order to boost performance, with only “minimal to non-existent quality loss.”

Inspired by the modder’s own experiences with stutter and significant framerate drops. Changes include reducing the size of a few normal maps while leaving diffuse maps relatively untouched, and reducing smoothness & shine for a significant quantity of textures.

In doing so, the mod removes some lights, beams, affects, mist, smoke, decals, and some moving objects in order to achieve max framerate, and is compatible with all vanilla interiors in DLC or the base game.

SloppyPooBag’s Ultra Quality God Rays Performance Fix is simply a batch file that edits the numeric values of Godrays. With this simple fix, users can experience ultra-quality Godrays without sacrificing performance. According to the modder, “performance should be roughly the same as using the low quality Godrays.”

DoubleYou’s Bethesda INI is a protest against the developer’s messy INI files. Or, in the words of the author, “an attempt to restore decency to the INI configuration files for games created by Bethesda.” This means that it supports other Bethesda games like Oblivion, Skryim (and Skyrim: Special Edition), Fallout 3, New Vegas and, of course, Fallout 4.

This is a practical programme which, while making automatic fixes to common errors and changes to mods, makes manual tweaking of your .ini files significantly easier, improving performance and visual quality.

Have you noticed framerate drops when loading Imagespace Modifiers, the temporary visual effects used by things like explosions or blood splatter? Soritus’s Blurkiller – Visual Population Remover and Performance Enhancer removes blur, bloom, HDR and Depth of Field effects to greatly improve FPS, particularly in combat situations. The mod doesn’t interfere with colour shifts though, meaning that while effects are still noticeable, they are less intrusive and far cleaner visually.

It just goes to show, significantly higher performance often doesn’t have to be always at the cost of fidelity.

How To Configure Fallout 4 For G-Sync

This isn’t a performance mod per se, but an important footnote if you’re looking to increase performance and are working with an Nvidia graphics card.

Gamers have reported particular trouble running the game when using a G-Sync display, reportedly because Fallout 4 has an in-game V-Sync & Frame Rate limiter. This can have some pretty major effects including general performance degradation, FPS limits and gameplay stuttering.

Here’s how to enable G-Sync. Before you do though, make sure you have the Fallout 4 Script Extender (F4SE) installed – it’s required to play at framerates beyond 60fps.