22 best FFXIV mods and addons that you must try 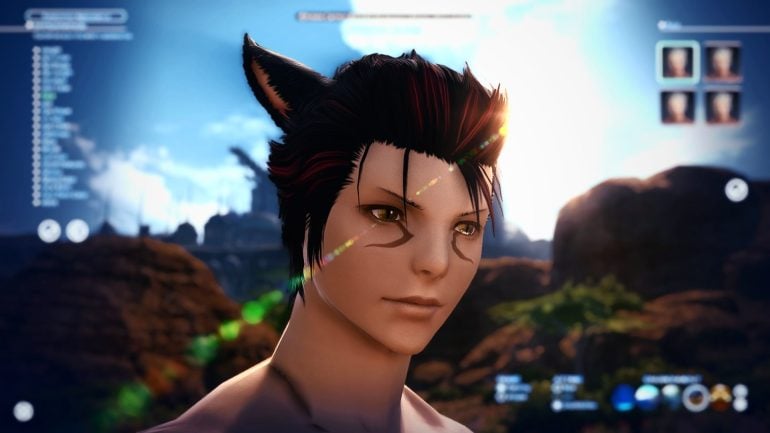 Being just one of two MMO RPGs in the Final Fantasy video game franchise – which sports over 30 entries – it’s no surprise FFXIV is so popular.

This year, over ten years after its release, Square Enix even announced it has surpassed 20 million registered players.

Since the game is ten years old, the modding community have created a few add-ons to freshen the game up a bit.

But don’t expect anything too wacky from this list; since Final Fantasy XIV is a massively multiplayer online title, these will mostly be cosmetic and quality of life mods.

Full disclosure: even cosmetic and QoL mods could leave you in hot water if you get caught out, potentially even resulting in a ban. “Mods” of any kind, after all, are technically against the FFXIV terms of service.

And finally, be warned: the world of FFXIV mods is fraught with entries featuring that infamous ‘nsfw content’ tag. While we have filtered most of these out for this list, just know that if you go venturing out by yourself, it ain’t on us…

Although every popular mod attempts to make a particular improvement, I thought I’d start off this list with one which shows you exactly what FFXIV mods are capable of.

Heavensward SweetFX is a shader mod which, by casting richer shadows subtly across the in-game world, makes the game look absolutely phenomenal.

Heavensward casts a moody glow across almost every environment, immersing you in the game like never before. If you’re looking for a place to start in modding, Heavensward SweetFX will help you find out what FFXIV mods are all about.

Hair Defined is a major cosmetic update mod by Saika Darkmoon, branded as “the complete hair overhaul mod for FFXIV.”

That description isn’t much of an exaggeration, considering it contains more than 1000 new textures derived, upscaled and enhanced from the source material: including every player and primary NPC hair, eyelash, eyebrow and beard asset in the game.

But be careful while installing this one. Although the creator assures that “client-side modifications are not detectable by Square-Enix”, he also notes that in certain areas you should expect “performance degradation”, lag and framerate drops.

Face Defined is a companion mod to Hair Defined, described as “the complete enhanced face overhaul for FFXIV.”

Just as expansive as Hair Defined, this mod is definitely another must-have for anyone looking to improve the look of the base game. However, it has also got the same pitfalls as its companion, so be careful of “performance degradation” in high population areas and the like.

Another mod by the creator of Faces and Hair Defined, HD Vanilla Redefined is perhaps more extensive than a few others on this list.

HD Vanilla Redefined is an HD overhaul of almost all the vanilla textures. However, Saika Darkmoon aims to keep things more or less the same as the base game, including: “vanilla textures upscaled properly as to not lose any detail or quality as you see in pretty much all HD retextures.”

We’ve all been there, right? Ever since Version 5.2x launched, it’s literally impossible to keep track of your actions, traits, buffs and debuffs by trying to decode the tiny icons. Sure, you can make adjustments in the UI, but Square-Enix’s redesigns really don’t scale very well.

That’s where these mods come in. LePitBenny’s HD Buffs & Skills Icons mod increases the scale of the buffs and debuffs icons, taking advantage of the waifu2x image scaling program to upscale the icons.

It’s a fairly small change, but it makes a huge difference!

…and we’re not done with LePitBenny yet. Their third major mod, titled HD Item Icons, does something very similar; but instead of upscaling buff and skill icons, this mod replaces over 20,000 object icons in the vanilla game.

Luckily, all these mods work well together and don’t appear to tax the ol’ GPU too much.

So far, all entries on this list have attempted to tackle a particular issue – buff icons, hair, shading, etc. Kylie Digital’s HD Eyeworks V3 is no different – only this time, they’re going straight for the eyes.

Eyeworks is a collection of over 150 varieties of eye skins for all races and sexes. These graphics have all been upscaled, adjusted and reworked, too. As a result, they look absolutely fantastic.

However, Eyeworks may not be a vast enough range for you. Perhaps instead you’d like to see a complete overhaul and graphical update of every single eye graphic, including those for all races, sexes, sub-races and faces.

Luckily enough, TeenyOwlet has you covered with ‘Owl’s Eyes of Eorzea.’ You may not think eyes are a big deal. But trust me: you won’t know how breathtaking these eyes can be until you try them out for yourself.

For sure one of my favourites, Alex’s Reshade Preset is one of the most dramatic graphical improvement on this list.

Reshade Preset aims to present a far sharper image quality, completely overhauling the lighting in the hopes of making FFXIV look more like a recent release than a decade old title.

However, this extensive graphical overhaul might tax your computer. So, make sure your hardware is up to date before you install this thing.

The Imperium Graphic Pack is an awesome collection of various graphic presets.

The mod is one of the best looking out there and has been shown to run on par with others which aim to do the same thing but don’t look nearly as good.

However, a recurring critique is that Imperium tends to wash out the details in moving decals, like in running water for instance. It’s a trade off for sure, but worth giving a bash anyway.

Another graphical preset mod, Alive hopes to do just that: inject some life into a notably aged Final Fantasy XIV.

Of all the mods with the aim of giving FFXIV a graphical overhaul, there’s no question Alive is one of the most impressive. However, be careful: the better the game looks, the more graphics processing power you will need to handle it.

You may have noticed that a lot of these entries are looking for ways to make the game look more impressive, putting quite a lot of pressure on your computer.

However, here’s one that tries to make the game run a little smoother. Itsnothectic’s Flicker Optimisation and V-Sync Stutter Fix deals with a few of the most prevalent graphical glitches, stabilizing FPS and improving performance.

A great mod doesn’t need to overhaul, replace or upscale in order to make your life better. Mods like Chat Gray Box Remover do so without the fanfare.

Modder Keyain’s Chat Gray Box Remover gives you full control over the gray chat boxes, allowing you to make “less ugly”, in the words of the creator. Keyain offers three variants – two where the chat box is made transparent and one where the overlay is removed entirely.

I should admit right out the gate – this isn’t actually a mod.

Strangely enough, uploader Etrius claims that this UI texture was actually hidden in the game files. This custom UI is basically a huge improvement on that featured in the vanilla game, but for some reason was never implemented.

So you can enjoy Custom UI guilt-free, safe in the knowledge that it isn’t really a mod anyway. Still, though, I wouldn’t go telling any moderators that you’re rocking it…

ArtsyAlraune lays out exactly what Griffin Mount Retexture Pack is all about perfectly: “tired of the standard bald eagle griffin that came with your Heavensward CE? Pine no longer!”

This Mod gives you four new textures to choose from, each of which look absolutely fantastic. No one should be left to ride their winged steed like a peasant, after all.

We’ve spoken a lot about PC performance so far but The Newness HD is a reshade preset which intends to spice up Final Fantasy XIV’s appearance without straining your PC.

Which is exactly the point – TamahomeXIV is designed to deliver “more vivid colours” and “in-depth shading” without the significant drop in frame rate that usually comes with graphical overhauls.

I can confirm, it does the job – it looks fantastic and didn’t result in much frame dip at all.

Touch of Real is actually two mods – Touch of Real Male and Touch of Real Female. But the intention of both is basically the same – to replace outdated male and female character textures with something that could still stand up in the 2020s.

Without a doubt, this is one of the most extensive graphical upgrades available today. Although you still may want to take advantage of some of the others to add touch ups here and there, the two Touch of Real mods are pretty much must-haves for anyone wanting to improve the way FFXIV looks without burning out your GPU.

Much like the Touch of Real mods, HD Hrothgar Faces by Jogo tackles the vanilla Hrothgar skins that were pretty egregious when the game first released.

Replacing these base skins with much improved HD textures, HD Hrothgar Faces takes FFXIV one more step towards potato-relief.

Angry Panda scratches an itch that I wouldn’t have thought a high priority, but AP’s Male Texture Pack does it nonetheless. The ‘it’ being, of course, adding HD nipples.

Not only that, AP graphically improves the definition of male models – increasing muscle definition and replacing vanilla textures with HD upscaled variants. Nonetheless, if these are things you think would improve your FFXIV experience, there is no mod that does it better than this.

Viera Refined by Phoenix Mods is a pretty extensive collection of Viera reskins that the creator claims to have been working on since the release of Shadowbringers last year.

The mod improves and cleans up all Viera face skins to 1k, which is a huge upgrade from the vanilla 128×256.

Be warned, the download entry for Viera Refined recommends plenty of NSFW extras.

Vec7rex’s Moogle Maps delivers a pretty simple change, changing the vanilla map texture. It’s a pretty basic reskin, but will help more than you’d expect while looking for treasure during your daily hunts.

Now, most of these mods are pretty lowkey. They’re mostly clientside, mostly pretty moderate, and mostly unlikely to get you in trouble with Square Enix.

But Advanced Combat Tracker is a different kettle of fish. ACT is a third-party programme used to record your stats during gameplay. It’s been used for years by gamers to review their performance, pinpoint any mistakes and to upload stats to leaderboards.

But here’s the issue: third-party programmes are actively forbidden in FFXIV. Although all of these mods are technically banned, you’re unlikely to be caught changing the colour of your character’s eyes.

But programmes like ACT are a bigger deal, with the developers actively speaking out against them and reaffirming that those found to be using them will be punished.

Give it a go if you will, but don’t say we didn’t warn you. If you’re looking for something a little safer, there’s more than enough to choose from in the Final Fantasy XIV mod archive.