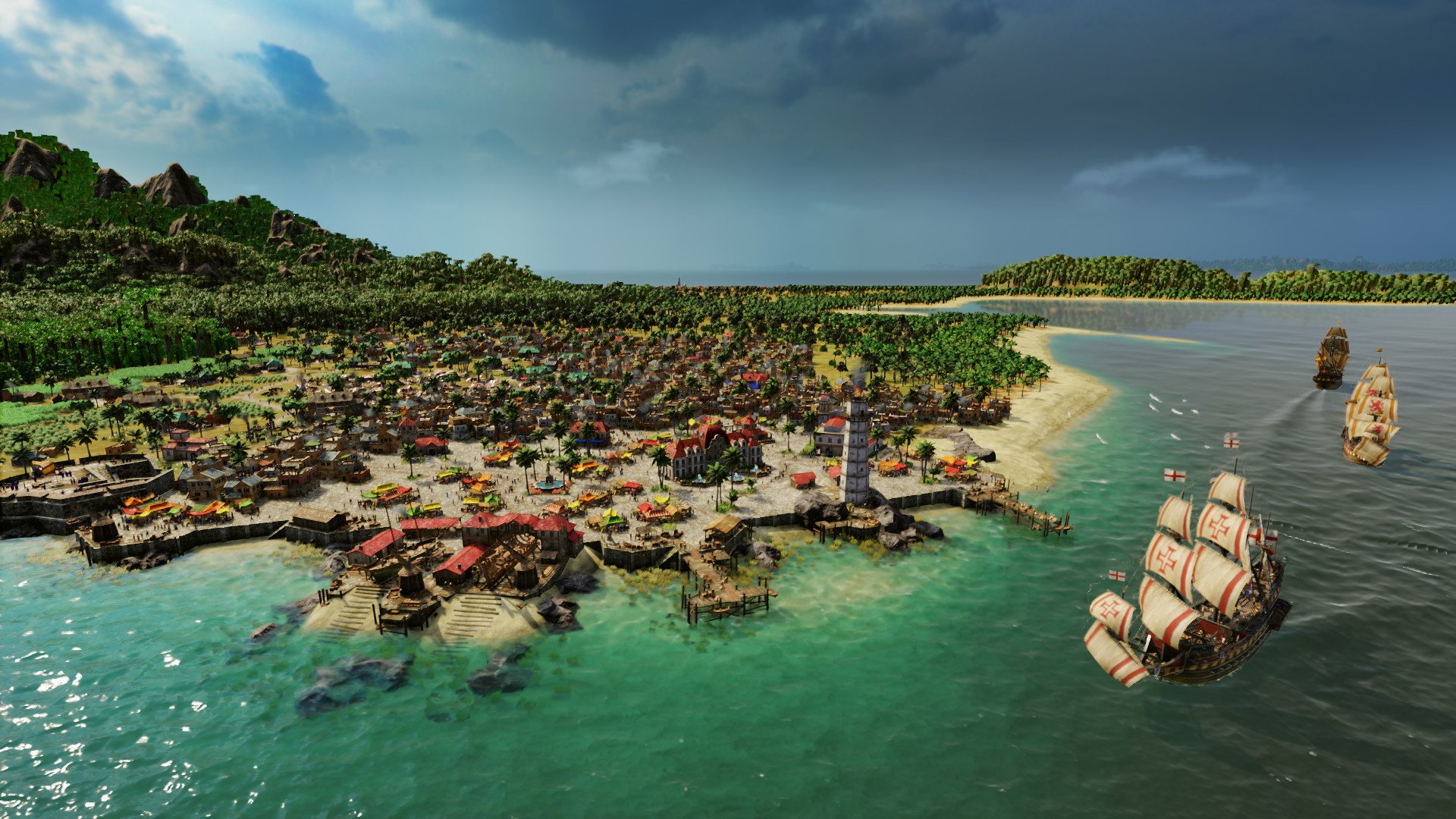 Looking to establish a trading empire as no one has ever seen? Check out the best games like Port Royale 4!

Naval management games are a very interesting game format where you manage your empire and try to get as many resources as possible. Port Royale 4 is such a game where you can choose from four of the world’s superpowers — the Netherlands, Spain, France, and England. Once you do that, you can manage it to gain resources by setting your workers to specific roles, from pirates to merchants.

This game format appeals to many people, and if you’re one of them, we recommend you take a look at this list of the best games like Port Royale 4! These games are fantastic and they capture the main ideas of Port Royale 4 while maintaining their own character to make them unique. We sincerely hope that you can find a new game to play for hours from this list!

The first game we have for you is World of Warships. This is one of the most popular Wargames on the Internet, and that’s for all the right reasons. This game is jam-packed with details that provide immersion and make the game more enjoyable. This is largely due to the wide variety of ships you can use to destroy your enemies and all of the customization options are very refreshing. The gameplay is quite slow-paced since the ships are all large and sturdy, but you can quickly learn to appreciate the speed of the gameplay and get used to it without issues. If you’re looking to start playing this awesome game, we recommend you take a look at some of these World of Warships codes.

This is quite an old game that has grown into a cult classic over the years, and that’s mostly due to the fact that it has all of the elements required for it to be one of the best games like Port Royale 4. In Sea Legends, you are placed in the Caribbean during the 17th century and you have to manage your ships and complete trades across the entire Caribbean with other ships and merchants. Something that is interesting about this game is that you can either follow the good path and become a successful merchant, or you can deviate and become a pirate. The choice is up to you!

This is a relatively new early access game that has a lot of potential that is reminiscent of Port Royale, and subsequently, gives it enough character to be considered one of the best games like Port Royale 4. In this game, you are sent to a newly-discovered island and you have to manage the people of the island to innovate their housing, farming, industry, and much more. What makes this game so interesting is the constant growth you can experience as long as you are careful and approach the island tactically. There is also a multiplayer option where you can compete against three other friends to see who can advance the furthest!

When it comes to classic pirate games, you can’t go wrong with Sid Meier’s Pirates! In this game, you play as a pirate in the Caribbean looking for other ships to plunder and battles to win. The general feeling of the game is adventurous and you can expect to learn a lot about pirates and see what it takes to succeed as one. Overall, the game is quite dynamic with multiple shifting aspects to it and once you start playing it, you’ll see exactly why it’s one of the best games like Port Royale 4!

While it is another older game, The Guild II Renaissance provides you with a fantastic story of a world controlled by fanatical religion being overthrown by a new world order. It’s the Renaissance period, and a new time is approaching. Your job is to manage your character to rise up in the world of more powerful trading and industry to make a name for yourself and be successful. If you’re looking for one of the best games like Port Royale 4, you’re not going to be disappointed with The Guild II Renaissance!

And that would be all we have to say about the best games like Port Royale 4! These games capture the main essence of Port Royale 4 while having their own personality that makes them both engaging and fun! We assume you’re going to be looking for more games to play, so check out the best war games, best naval games, and the best free PC games!