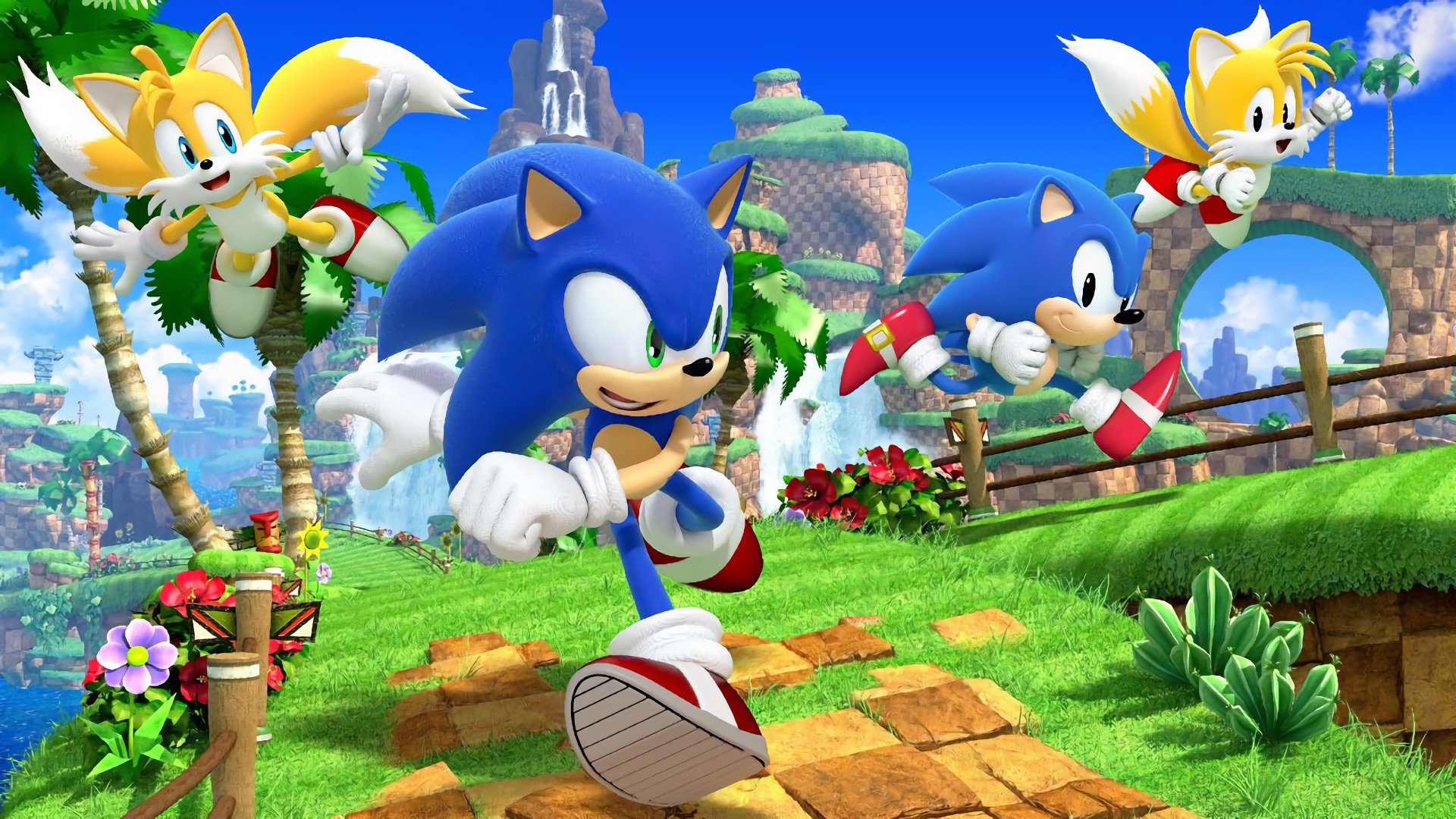 Founded on June 3, 1960, Sega is one of the most enduring video games companies in the industry. A veteran that marked generations and generations of players, Sega went through so many ups-and-downs that, in several instances, the world thought the company was going to disappear. It celebrated its 60 years of existence in 2021 and, boy oh boy, did Sega see numerous changes not only in its structure but also in its policies and views. Even its name did not escape all those transformations, as you will see. It might not be the powerhouse it used to be back in the days, but Sega succeeded in keeping its name on the scene positively by diversifying its activities and investing in/buying talented entities such as Ryu Ga Gotoku Studio or Atlus.

The Japanese multinational video game and entertainment company was founded by two American businessmen: Martin Bromley and Richard Stewart. It all started in Honolulu (Hawaii, USA) in 1940 when Bromley and Stewart decided to create their own coin-operated entertainment company, Standard Games. Their focus was on American military bases that were in dire need of amusement during World War II. The company was even renamed Service Games to translate better where their interest lay. But when the government banned all slot machines in 1952, Bromley and Stewart decided to turn towards Japan to continue their lucrative business.

We’ll clarify how well the company is doing with these Sega statistics and facts. Moreover, if you want a more detailed look at the video games industry statistics then click on the link and learn more!

With 60 years of history under its belt, it could be very difficult and extremely confusing to go through numbers and whatnot. Here, we will try to give you an overview of what the company has been throughout all those decades. And it is bound to be a roller-coaster, as Sega is well known for its dry periods and those ten years when the company was functioning at a loss prior to merging with Sammy and making better decisions in general.

Sega’s market value has been estimated at around $3.6 billion market cap.

First, do not forget that currencies had a different value back in the 90s and at the beginning of the 2000s. Doing so will help you to better understand those numbers. As shown here, Sega Sammy went through difficult times, even when it was showing consistency. The company has lost quite a lot of money in ventures that were not met with success, but also because of some decisions that were too dated and not adapted to the modern industry. Merging with Sammy was a big opportunity as, at the time, Sega was already operating at a loss. Plus, both were dealing in entertainment, which was allowing Sega to stay in its field of predilection.

Since 2010 and through several changes, the group has been faring pretty well, thanks not only to their diverse businesses in toys,  pachinko, arcade centers, or even resorts, but also thanks to their video games catalog that has been doing pretty well these last few years. Of course, the company has been cruelly impacted by COVID-19 forcing them to keep some of their establishments closed, but with the government easing the restrictions, it got slowly better throughout 2010. However, a new page is about to be turned as Sega Sammy sold its last arcade centers and decided to leave this venture behind after several decades. The legendary red and white buildings will be missed.

The highest selling console from Sega is the Sega Genesis with 29.54 million units sold worldwide.

Even if Sega never fully successfully dethroned Nintendo, it still was quite the rival. The public could even see Sega’s will to do better than Nintendo in the design of their hardware: the dark range of products from Sega contrasting heavily with Nintendo’s white/light gray consoles. It was also illustrated by the ads and the types of games Sega was going for: a bit more mature, edgy, cooler with a tone clearly targeting teenagers and young adults. Even Sonic, the official mascot created in 1991, was made to look and act in a “rad way” compared to the jumpy and chubby plumber in red.

Unfortunately, it was really difficult to beat Nintendo because of several reasons: they had a fantastic marketing that was targeting the whole family; their catalog of games was huge due to the fact that they were working with third-party developers (something Sega was hesitant to do since some of them were their rivals in the arcade business); and they actively prohibited developers to release their games on platforms other than their own. It was a disadvantage, sure, but that also allowed Sega to show what they were made of by developing their own IP (intellectual properties) and being met with success for most of them. But with the advent of new companies (specifically Sony), Sega was obliterated. The Dreamcast just could not hold a candle to the PlayStation 2. However, if it was a harsh and shaky battle on the hardware front, when it came to arcade games, Sega has always been at the top. The brand opened many indoor theme parks in Japan and North America featuring numerous arcade games of all sorts. Heck, they even invented the still famous purikura (in association with Atlus).

Of course, we also know Sega for their video games. And how could we not? Even if you are not much of a gamer, it is near impossible to not know their hyperactive hedgehog of a mascot: Sonic. But Sega gave us several other franchises to enjoy and that are still considered as classics and iconic games. Some had the opportunity to receive a remake/remaster, and it was a fantastic -and well executed- idea, as they were all received warmly. Let’s take a quick look at Sega’s most famous titles. Acquired IP titles will be included.

Sonic the Hedgehog is the biggest franchise owned by Sega with 1.38 billion game sales, digital and physical.

To much of the fans’ sadness, it seems like Sega was never able to keep Sonic’s reputation intact like Nintendo did (and continues to do) so well with Mario. The games just kept getting clunkier, uglier for some, nonsensical and all in all completely lost that particular flavour that seduced all the players. Is it because Sega tried to switch gears by exploring new genres? No. After all, from Super Mario RPG to Mario Racing, Mario did the same and has always been successful. It can only mean that while trying to experiment, Sonic Team just cannot get it right. Has not been for ages now. And like many fans and critics said: how hard could it be to keep Sonic fast in an environment exploiting its strengths? Because a lot of those games featured a slow Sonic with horrible physics and poor controls, going through maps with limitless loading screens, carrying swords, and running around stale landscapes and Venice-wannabe cities full of people looking like Paul from next door.

Thankfully, Sonic Mania kind of restored faith in Sega when they showed that they could still do pure, unadulterated Sonic. The movie was also pretty good and has surely pushed a new generation of kids towards the blue hedgehog. A second film will be released this year and the third one has already been greenlit. Add to that a new series produced in collaboration with Paramount Pictures and, if done right, you might finally see Sonic and his pals climbing up that mountain of mediocrity. Plus, the next Sonic game, Sonic Frontiers already shows a lot of promises in its approach to an open world. Hopefully, it will do well too and that will stop people from saying that all that is left to Sonic and his friends is to beg Nintendo for scraps (namely: the Olympics games and the fact that they generally sell around 10 million units).

Featured are Sega’s biggest IPs, but the company has way more treasures one should pay attention to. The Sakura Wars saga made a comeback in 2019, which increased its lifetime numbers to 5.7 million copies. You might think that it is not much, but remember that only two episodes made it to the West, out of 6 games. Sakura Wars is considered to be a staple in the JRPG industry. We could also talk about Super Monkey Ball and its 20 or so games that are still well-received until today; the Sega feat Hatsune Miku rhythm games that sold 11.5 million units and are still a phenomenon in the international otaku community and Japan since 2009;  or Space Channel 5 that started with meek sales and become a classic, not only visually but also via its concepts. There was also a time when Sega was the one in charge of the basketball games NBA 2K. Sega’s catalog is indeed pretty appealing, with a lot of iconic titles and trendsetters during their time. The company announced that they were thinking about releasing remakes/remasters of their best pieces, and we simply cannot wait. They have already proved that they know how to do them: if you have not tried the remastered Yakuza series, now is the time.

Sega Sammy is not the powerhouse it used to be, when solely looking at the company through a financial lens. However, it maintained its title as a legend, a company that gave birth to timeless titles and innovations. The brand has endured through all its hardships (and there were quite a lot of those) and is still up and running today. The most unnerving aspect of that stale state the company was in was the way Sonic was treated. Obviously, it was not intended; but the results were still the same: most Sonic games were atrocious. The public had to wait fifteen years before being able to enjoy these again. And it better stay that way!

A lot of Sega’s creative issues had to do with a lot of their most talented creators leaving the company to go establish their own studio or to use their knowledge in something actually working. The last one to leave in 2021 was Toshihiro Nogashi, the mind behind Yakuza and a Sega veteran of 30 years. That does not spell disaster, though: these last few years, Sega has been going through a healing phase, with their profits and revenues staying consistent and video games carrying the torch during those trying times. They even got through 2020 and 2021, the biggest COVID years, mostly unscathed.

“Mostly”, as the company lost a lot of money because of the restrictions imposed by the government. Their arcade centers, resorts and pachinko/pachislot businesses had to close for a while and then reopen in a climate that was forcing them to restrict the number of people. The result is that Sega Sammy will now disappear from the arcade landscape. Arcade rimed with Sega and the changes will be huge and will be felt, even visually (the red and white Sega Clubs and their tall buildings will disappear). Thankfully, it will still be possible to play arcade games and crane games thanks to the Yakuza games featuring several Sega clubs.