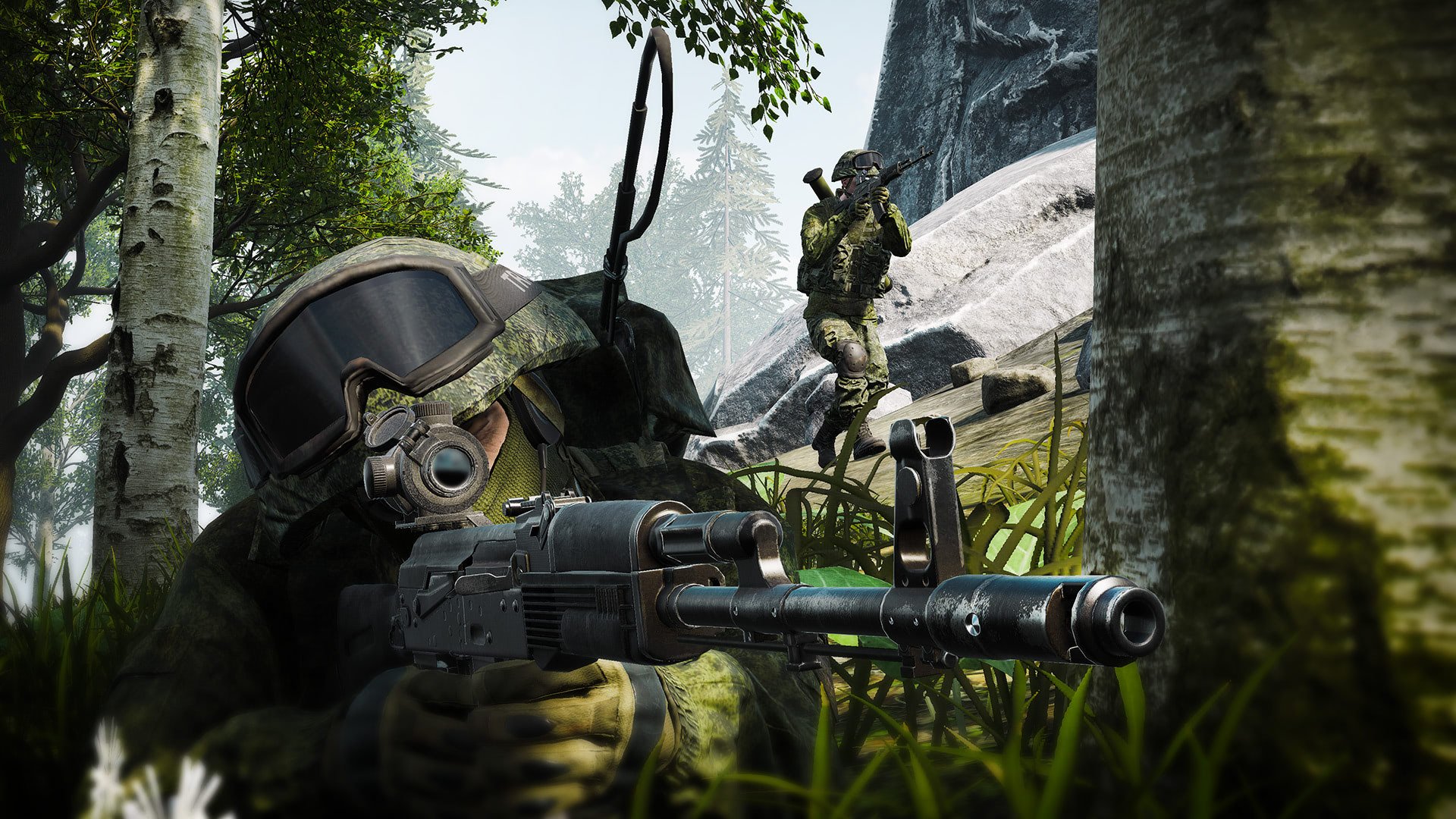 Want a new war game to immerse yourself in? Here are some of the best games like Squad on the market!

When it comes to multiplayer war games, it is hard to beat Squad due to its sheer quality and gameplay innovation. In this game, you and 99 other players are sent to one of 22 massive maps where you fight other players to control various map points and emerge victorious. Since it is a combined arms game, you do have to work with any other players in your team, utilizing the building system and the many weapons and vehicles strewn about the map.

While the game is a modern marvel of teamplay and coordination, you can’t deny it can sometimes be a bit overbearing and massive. If this is the case, you might be looking for something simpler while still sticking to the central theme of Squad. This is why we have prepared a list of the best games like Squad to play in 2023. We sincerely hope that this selection is satisfactory and that you have fun with whatever game you play.

The first game we have for you is perhaps the most well-known tank game in history, amassing millions of followers worldwide due to its quality and fun factor. World of Tanks is focused on the vehicle side of war, prioritizing tanks over anything else. In the game, you take control of one of the many high-powered tanks that the game offers and you take it to the battlefield where many other players are waiting for you. The gameplay changes depending on the game mode, from capture the point to all-out destruction and mayhem. No matter the game mode in question, you can be sure that the gameplay of World of Tanks will always be bombastic and exciting, as well as one of the main reasons why it falls among the best games like Squad. If you’re planning on playing the game, you can also take a look at some World of Tanks codes!

World of Warships is the counterpart of World of Tanks and features some fairly similar gameplay to the latter, except it is all on the open and treacherous seas. Players have the freedom to choose between dozens of different warships depending on what they find most appealing. The gameplay here is noticeably slower than other war games you might be used to, but that is to add some realism to a great title. We recommend checking out some World of Warships codes if you’re considering playing the game. If you’re the type of player that likes to mix different modes of combat together, then you can also check out World of Warplanes. It is a bit lesser-known than the other two games, but it is still fantastic!

Now we move on to a game that more closely fits the general theme and description of Squad but still keeps its own identity as a wonderful title. In Arma III, you and your friends can get together to complete various military campaigns and missions. The appeal of this is that the game has a massive amount of detail included in it, so it has a bit of a learning curve, but once you get the hang of it, it feels like you’re in the middle of the battlefield duking it out with everyone else. The teamplay and coordination aspect of Arma III is why it’s one of the best games like Squad to play in 2023, for sure!

You might not have heard of this title, but it is definitely deserving of your attention nonetheless. Squad is often regarded as a tactical game on a very large scale, but Ground Branch chooses to take things to simpler pastures in the form of small-scale operations. In the game, you and your friends are tasked with completing various missions and operations in different locations. It takes inspiration from some early realism tactical shooters to deliver a game that is incredibly immersive and satisfying to play. Ground Breach features unforgiving gameplay and deep customization options that are interesting and innovative. Overall, it’s one of the best games like Squad because it has so much in common with it while remaining fresh.

Alright, now we move on to the final game on our list, which is also one of the hardest to learn to play and master. Rainbow Six Siege is a very intimidating and fun game that is based around storming different buildings as special bomb threat management squads. Players take their pick from a wide variety of special operatives, each with their own skillsets and approaches to combat. The way a standard match goes is that the attackers are placed outside of the building with the goal of getting inside and establishing the location of the bomb, and, subsequently, the defending operators. It’s a very fun game and it deserves its spot among the best games like Squad!

That would be all we have to say about the best games like Squad to play in 2023. These games aren’t carbon copies of Squad because that wouldn’t be too interesting, so we tried to include a lot of variety so there is something for everyone. We sincerely hope that this selection of games is to your liking and if not, we also have some of the best free PC games, best war games, and the best naval games to check out!