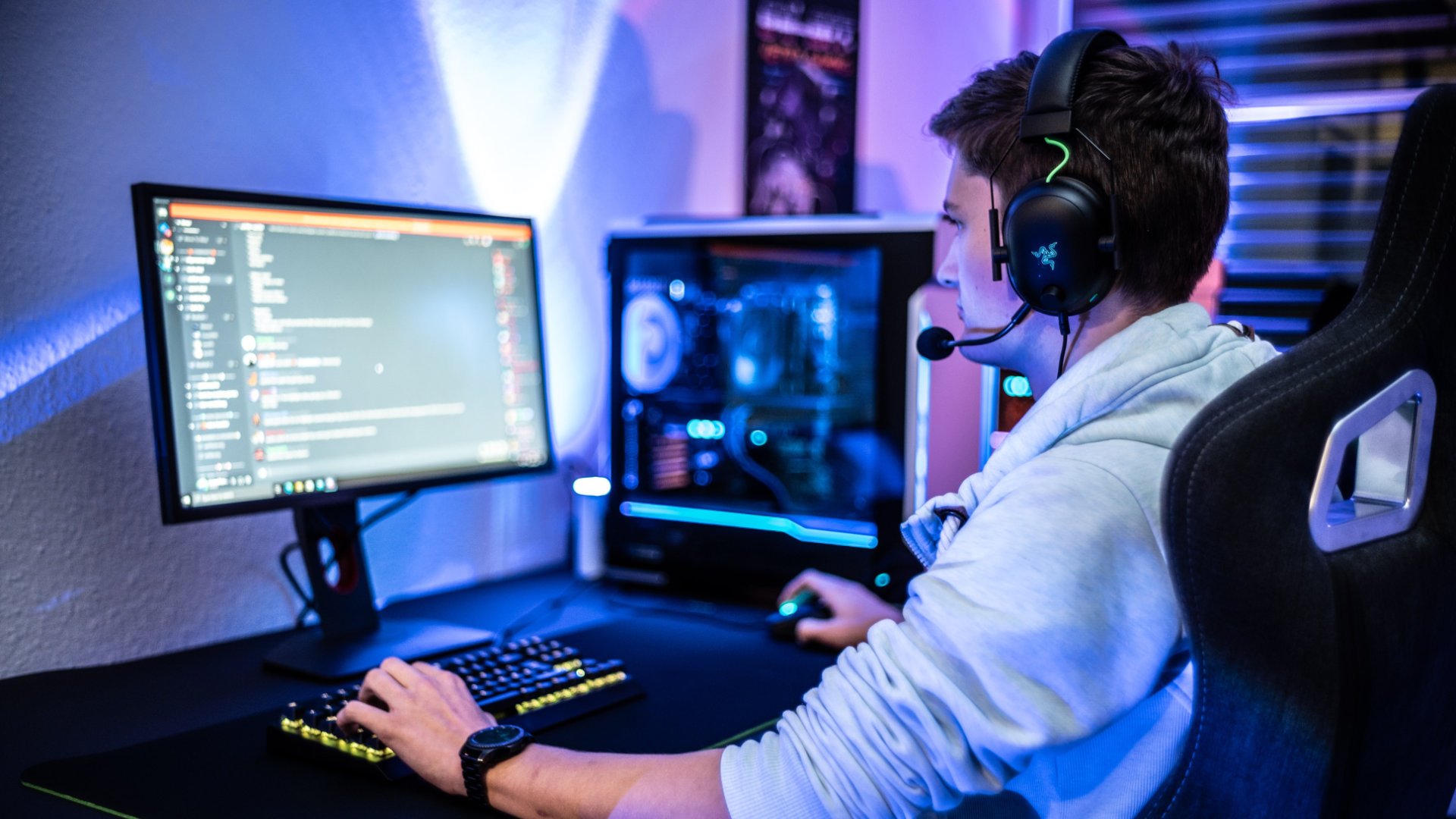 Discord is immensely popular among gamers and other online communities.

Launched in 2015, Discord slowly but surely posed itself as an unavoidable tool in the communication/social networking landscape in recent years. The software/app allows users to chat via messages and voice/video calls, share different types of files and media, stream as a group or even watch a video as a group. It runs on mobile devices, desktops, and even in web browsers.

Discord was created by Jason Citron and Stanislav Vishnevsky, looking for a way to provide an answer to the question of “how to play video games with friends while being able to communicate better?” The friendly chat service was born, and it quickly was adopted by the gaming community on Reddit even though Citron never really promoted it to a specific audience. Discord became the go-to software to use even for professional players in eSports, and through diverse partnerships and investors, it grew to become the “chat for gamers.”

However, Discord took an unexpected turn in March 2020, when Citron decided to change the motto to “chat for communities and friends.” The reason? After the global lockdown due to COVID-19, people from all walks of life started to use the software to keep in touch with their family and friends and be able to continue socializing and avoid isolation. Nowadays, Discord is still much loved and used by all kinds of communities, not just gamers, and you can easily find multiple servers to your tastes. Discord has also introduced a subscription service that will add different exclusive features to your server, a system that allows the company not to rely on annoying and pervasive ads.

With all that said let’s look at the most significant Discord statistics. If you enjoyed this, then we think you’ll love our video games industry statistics article that’s full of some great information, so check that out next!

Users have made Discord their own personal garden, where they can meet to share and partake in hobbies and interests they enjoy. Even better, Discord allows them to do so with a lot of people and in real-time, blurring the distance between individuals and facilitating social exchanges in these troubled times.

Non-gaming channels can cover all kinds of topics, from TV shows to sports, from study groups to servers reuniting people living in the same area. This means that by embracing diversity, Discord made sure that they would be able to score higher numbers. The platform itself already offers impeccable service, easy to understand and to use. If it is true that it is a fantastic tool for gaming, its friendliness makes it appealing to many people.

There are 350 million registered users on Discord.

The app was already doing well at its beginnings. It was not groundbreaking, but it was slowly finding its audience. No one could imagine how much COVID-19 would bring with it a jump in the number of registered users. Discord also helped in making more people recognize the social elements present in video games.

With such success, everyone is curious about topics focused on revenues, profits, the number of downloads, and more information around the software itself.

Discord has been doubling its value since 2020, and it does not look like the company will stop soaring ever higher. In light of their progression, we can only approve of their refusal to be repurchased by Microsoft then.

To perfectly illustrate the appeal of Discord, one only has to look at the number of verified servers: the big companies and businesses, and even the universities. Names like YouTube, Epic Games, MintMe, or 513 Kicks are not using the platform just to promote themselves and find an innovative way to be closer to their customers/clients, but also to work with colleagues and employees. Discord makes for a proper conference tool via its video/voice call system, but it also allows you to share so many different files and even your screen. Plus, it is intuitive.

Bots are Discord’s little workers. They are used for a wide range of things, and that explains their success. They can help you moderate your server, welcome newcomers, add music and games, generate events, serve as reminders for events or giveaways to come, etc. You do not always need a human moderator in your chat 24/7 when you have a bot or two… or 15 to help you manage your server.

Time to take a closer look at how the communities use the software. The chat service is now the breeding ground of so much diversity in terms of content, providing a space to anyone thanks to its several features.

With 27.61%, the US is the country generating the most traffic on the browser version of Discord.

Using the web browser version of Discord is a popular option too, with people mainly using the software on their laptop/desktop. You do not need to install it, and it is the same as anywhere else. There is no downside at all to using it that way.

Mr. Beast Gaming’s server is the most populated server on Discord with 781K members.

How surprised are you that the biggest server on Discord is about a YouTuber? I know that I am, as most would certainly see big games like PubG or Fortnite snatching the top spots. But Mr. Beast has been a high-profile figure of the gaming community online, and that is, in a certain way, not that surprising. But that also proves that even if it is open to everyone and every interest, Discord is still the favorite all-in-one chat system of the gaming world.

4 billion minutes worth of conversation are exchanged daily.

What those numbers say is that people are involved in their activity on Discord. After all, the place is akin to a club after school where students would discuss and enjoy their free time. For a social networking app, Discord is doing a good job stealing some livestream views here and there, and if they ended up going full throttle that way, no one would be surprised. It is already half there. It is also doing a good job finding a soft spot in the youngins’ hearts, surpassing big networks like Twitter or Facebook.

Users can keep up to date with their favorite servers and community anywhere, as long as they have their phone/tablet on them. As a social networking app, there is no wonder why Discord is on both platforms, but aren’t you curious about which countries have the most diligent users?

Discord is the #1 most downloaded free app (social network) on iPad and ranks #4 on iPhone.

It is a known fact that social apps are not where Japanese people tend to invest their money, so we can say that Discord is doing well here. People do not seem to hesitate to spend some money on the Nitro packs to customize their servers.

On Google Play, Discord is the #1 grossing app (communication).

Thanks to Sensor Tower, it was possible to see which countries downloaded the app the most, and we can see that, except for Brazil and the US (as usual with those two), the other two are not that heated up by Discord. Not that it ranked poorly, but considering its number one streaks in several countries, it is a bit of a letdown to see him as #5 or #4.

Discord might now have a clue, but I am pretty sure that when it was just a fledgling, it did not know that it was reinventing the future. Facebook is only now starting to talk about the metaverse, but when looking at Roblox or Discord, isn’t it that we were already nonchalantly swimming in it? The software killed the distance when the virus was at its peak, and the world was paralyzed, allowing people to keep in touch and even make more friends and whole different countries.

There is a flair to it that does not take itself seriously, and that friendly vibe is everywhere you go on the app. Artists, programmers, students, salarymen, role-playing aficionados, etc.: the platform allows everyone to feel right at home, and the staff is not allowing behaviors against people’s freedom to exist and be accepted as is. Good values are respected and enforced there. Plus, Discord barely (if never) experiences difficulties whereby the whole platform would go dead for hours, for example.

There is no reason for that momentum to stop for the company, and it looks like it is only getting started.