Sometimes you just want to sink a ship as quickly as possible. Here's how to fire a full salvo and fire all guns at once. 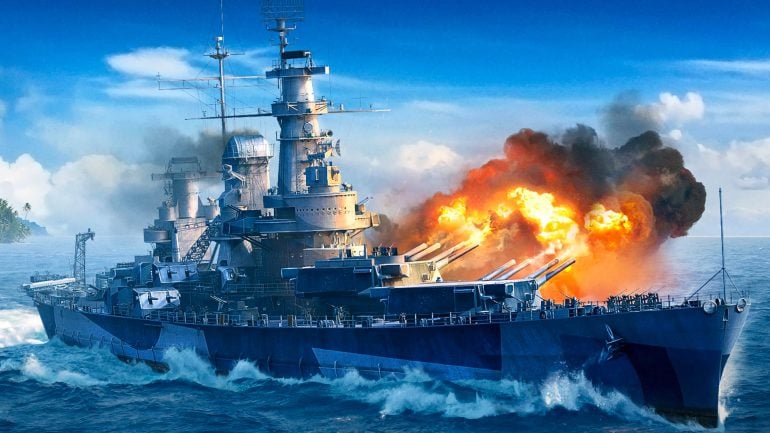 The fastest way to deal massive damage to an enemy ship is by releasing a full salvo of all your shells, torpedoes, and rounds at once. While not always a good idea, if you enough of your projectiles hit, a full salvo can spell a one-way ticket to the ocean floor.

Down below, we’ll show you the different firing modes (bet you didn’t know there were more than one!), including how to fire all guns at once in World of Warships.

But before we get into that, you really should check out these Wargaming codes for World of Warships. There’s no faster way to get awesome loot, doubloons, and exclusive World of Warships goods for free.

The different firing modes in World of Warships

There are three firing modes in World of Warships: single fire, sequential fire, and a full salvo (fire all guns at once). The great news is that they all use the same button!

Single fire is when you fire off a single round from the currently selected weapon. Just tap your attack button (default is left mouse button) once to perform a single fire shot. You’ve probably done this a thousand times before.

Sequential fire goes through all of your guns in sequence, exhausting all the rounds in a weapon before moving onto the next. Click and hold down the attack button to perform sequential fire.

How to change servers in World of Warships

Firing a full salvo means to release the rounds in all your guns, turrets, and torpedoes in the direction that you’re aiming. You can fire a full salvo by double clicking the attack button. Any weapons that cannot fire in that direction, due to currently reloading or being physically unable to face it, will not fire.

One interesting note: you can fire all guns at once by selecting another ammo type for loading. For example, if you have HE loaded in your guns and then swap to AP, the next time you fire, your guns will unload all their HE in one go before reloading with the new ammunition.

It’s not always a good idea to fire full salvo. Unless you’re at point blank range, there’s a good chance your projectiles will miss. Also, the reload time after firing a salvo can leave you vulnerable for a long time. Keep a cool head and assess the situation before choosing to unleash all your guns at once. Now the next time you see a particularly vulnerable ship just waiting to be blasted, or a particularly annoying enemy, you’ll know exactly how to fire all guns at once.