How to fire torpedoes in World of Warships

Torpedoes can deal loads of damage, but they're also notoriously hard to aim. Learn how and when to use torpedoes with this handy guide. 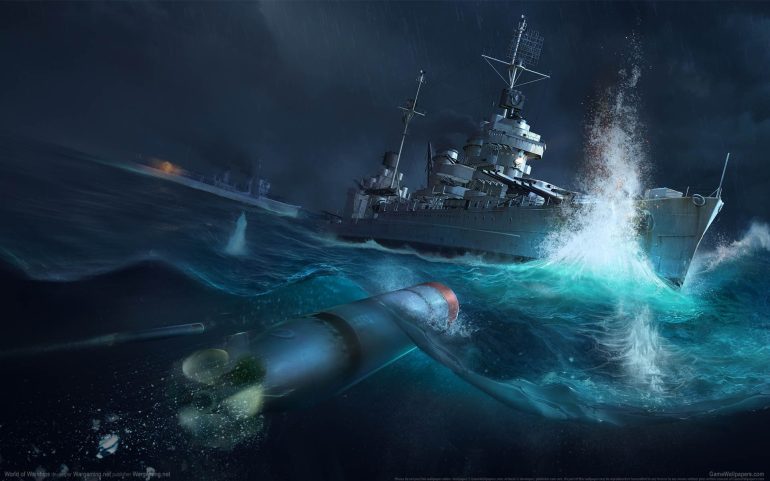 By default, your turrets are the first actively selected weapon in your arsenal. They’re not always the right weapon for a job, though. Depending on gun caliber, range, armor thickness, and shot angle, torpedoes might be the better option.

Torpedoes are underwater missiles that can deal massive damage to even larger ships. In fact, larger ships are slower and less maneuverable, making them the ideal targets for torpedoes. Torpedoes also have a chance to cause flooding, which causes damage over time.

In this guide, we’ll show you how to fire torpedoes in World of Warships. That means we’ll go over how to select torpedoes, when to use torpedoes over guns, and how to fire your torpedoes for the best chance at landing a hit.

How to select torpedoes

Press the ‘3’ key on your keyboard to select torpedoes as you currently active weapon. This is the default binding and may be different if you’ve changed your hotkey settings.

Many players don’t know that you can actually determine the spread of your torpedo fire. You can toggle between narrow or wide spreads by pressing the ‘3’ key when your torpedoes are selected.

In general, you want to use narrow spread when aiming for long-distance targets and wide spread for shooting at close targets.

How firing a torpedo works

Torpedoes are fired from launchers located on the belly of your ship. Most launchers are fixed to one side and cannot be fired if they are not directly facing the target. Some launchers are fitted to a swivel and can be rotated slightly. In all cases, your ship must be oriented with at least part of the torpedo launcher side facing your target.

We talked about torpedo spread patterns above. Not all ships can fire torpedoes in a spread. Some of the lower-tier ships can only fire on torpedo at a time, so there is no spread.

When you’ve selected your torpedoes, you’ll notice an indicator around your ship that tells you the areas your torpedoes can fire at. If your target is outside of this area, the indicator will be yellow. It will turn green once the target is within firing range and angle.

Each press of your attack button (left mouse button, by default) fires a spread of torpedoes from one launcher. Pressing the attack button again will fire a spread from the next launcher in sequence.

Torpedoes are annoyingly slow, which means you’ll have to lead your target if you want any chance of hitting them. Firing a wide spread of torpedoes increases your odds of landing a shot at the cost of reducing potential damage. When you’re up close, narrow spread becomes more reliable.

How to turn off AA in World of Warships

When should I use torpedoes?

Torpedoes are effective against larger, slower ships (e.g., Cruisers and Battleships). However, many of these ships have sonar and defense systems that will take out your torpedoes before they can strike their target.

For those running Destroyer, your torpedoes are your main source of damage. The small-caliber guns on Destroyers make them all but useless against the bigger ships. Use your speed and stealth to get in close, then fire your torpedoes. Pop smoke and make a quick getaway before they can retaliate.

Watch out for teammates!

One of the biggest mistakes newer players make when using torpedoes is not paying attention to where their allies are. Once you’ve fired your torpedoes, there’s no stopping them. Torpedoes are fairly slow-moving, and if you don’t warn your ally ahead of time, they may inadvertently walk right into the line of fire.

World of Warships harshly punishes friendly fire, so if there’s any chance at all of hitting a teammate, don’t take the shot.