Scary Roblox horror games to play with friends in 2023

Check out these spooky games to send a chill down your spine! 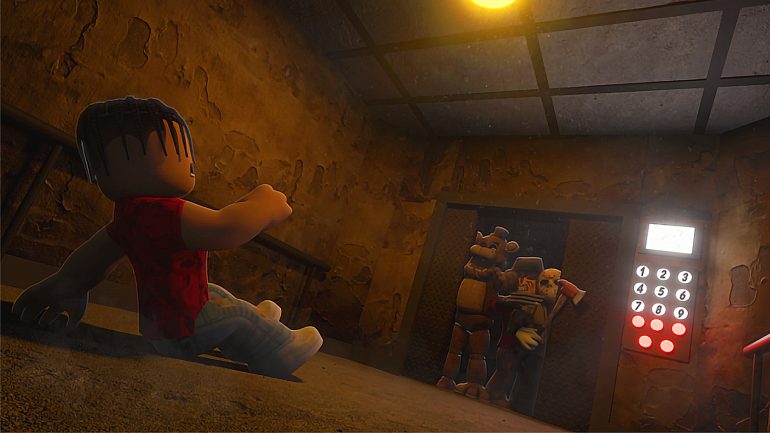 As a genre, horror has been a staple in everything regarding popular culture, and games are no exception. Many horror games have been released since they started producing them for the first time, and they have even made their way into Roblox as well. There is a lot to choose from, but which should you pick?

To help you decide, we have created a list of ten scary Roblox games to play with friends in 2023. Choosing only one is difficult, so you can try out all of them over a period of time, and whichever you like the most, you stick to. These are some of the most popular horror games available at the moment, and they are excellent.

Enjoying games with friends has never been easier, and you might be interested in other, strategy-oriented games. For that, you can check out some of our other popular code articles like Warframe promo codes, World of Warships codes, and Wargaming World of Tanks codes.

A perfect mix of the classic zombies approach and a maze-like game, Nightmare Mines is the ideal game you want to play when you aren’t looking for anything too terrifying, but still want to feel the exhilaration of a survival scenario. It can handle 8 players at a time, and is at its best when your friends are involved!

This game has a special emphasis on confusing your opponent and deceiving them. Every match starts with a traitor and the rest of the players are innocent. Each time the traitor kills an innocent player, they also turn into a pig. The goal of the traitor is to turn everyone into pigs, while the innocent players need to figure out who the traitor is. Piggy is an amazing game when you include all of your friends, and you should check it out!

Horror Elevator is a level-based horror game that you can play with multiple people, and it places you in the shoes of an explorer who goes down an elevator, and on each floor, you fight different enemies. Clearing an entire floor lets you go further down, and the difficulty rises with every clearance. Since you don’t know what is waiting for you on every floor, you can be sure that you will be unnerved all the time.

The idea of the backrooms originated a long time ago on the Internet, as the concept of spaces between spaces where you can encounter different beings and things that are otherwise not of this world. The True Backrooms places you in a place similar to that, and arms you with a flashlight. Your goal is to make it out alive, but the area is very large and the monsters that lurk there are more difficult with each level.

Many horror games you can find on Roblox are simple, haunted house/structure games that require you to either defeat the monster hiding in there or just make it out alive. Since the core idea here is a hotel, it is only natural that you should be able to play it with friends. The ambiance of The Haunted Imperial Hotel is on point, and it is great to enjoy on a dark night!

One of the games with a really nice storyline, The Apartment places players on the bottom floor of a residential building. They have the goal of reaching room 705, and they have no idea what’s in the room. There are 7 floors, or rather, 7 levels to the game, and each one assaults the players with something different, rising in terror the higher up they go. The Apartment even has an alternate ending, so it’s quite unique.

If you’ve ever read an SCP file, you’ll know what SCP-3008 is. If not, you should know that it is a gigantic IKEA store that you cannot leave if you enter it. It’s essentially the same as any other IKEA, actually. In Roblox, the concept of 3008 is the same, and it even features SCP 3008-2. Those are blue people that work in this IKEA and they treat it as their home, which they will defend if they find you. Overall it is an excellent game that is best enjoyed with friends.

Another elevator-based game, Scary Elevator places you, well, on an elevator. There is a vast number of possible levels that the players can end up in, as the game selects that randomly. In terms of a goal, the only one is to remain alive the longest compared to the other players. Each floor/level that the players are thrown into is different in some way, with a new threat showing itself every time. It is excellent to enjoy with friends, as it is more of a fun game than a scary one.

One of the most interesting and terrifying games you can play in Roblox, The Mimic has you go through 4 different levels, and each one has a different theme associated with Japanese urban legends. It is chock-full of jumpscares, monsters, and the occasional twist that will send shivers down your spine. It can be played either single or multiplayer, but we recommend tackling this monstrosity with a friend.

Finally, we come to a game with a very interesting thematic of a claustrophobic maze that is full of monsters that want to eat you. It can be played with many people, up to 12, and it provides an extremely fun and scary experience. Players traverse the dark maze using nothing but a flashlight and a camera, so you’re essentially defenseless the entire time. Check out The Maze if you want something unique!

Our spooky shenanigans have come to a close. All of these games are immediately available to play and they are all active and well. They have been crafted by dedicated players that enjoy the good ol’ scare themselves, so you’re sure to enjoy them. If you’re interested in some more Roblox info, check out our Roblox statistics and facts article for some insight!