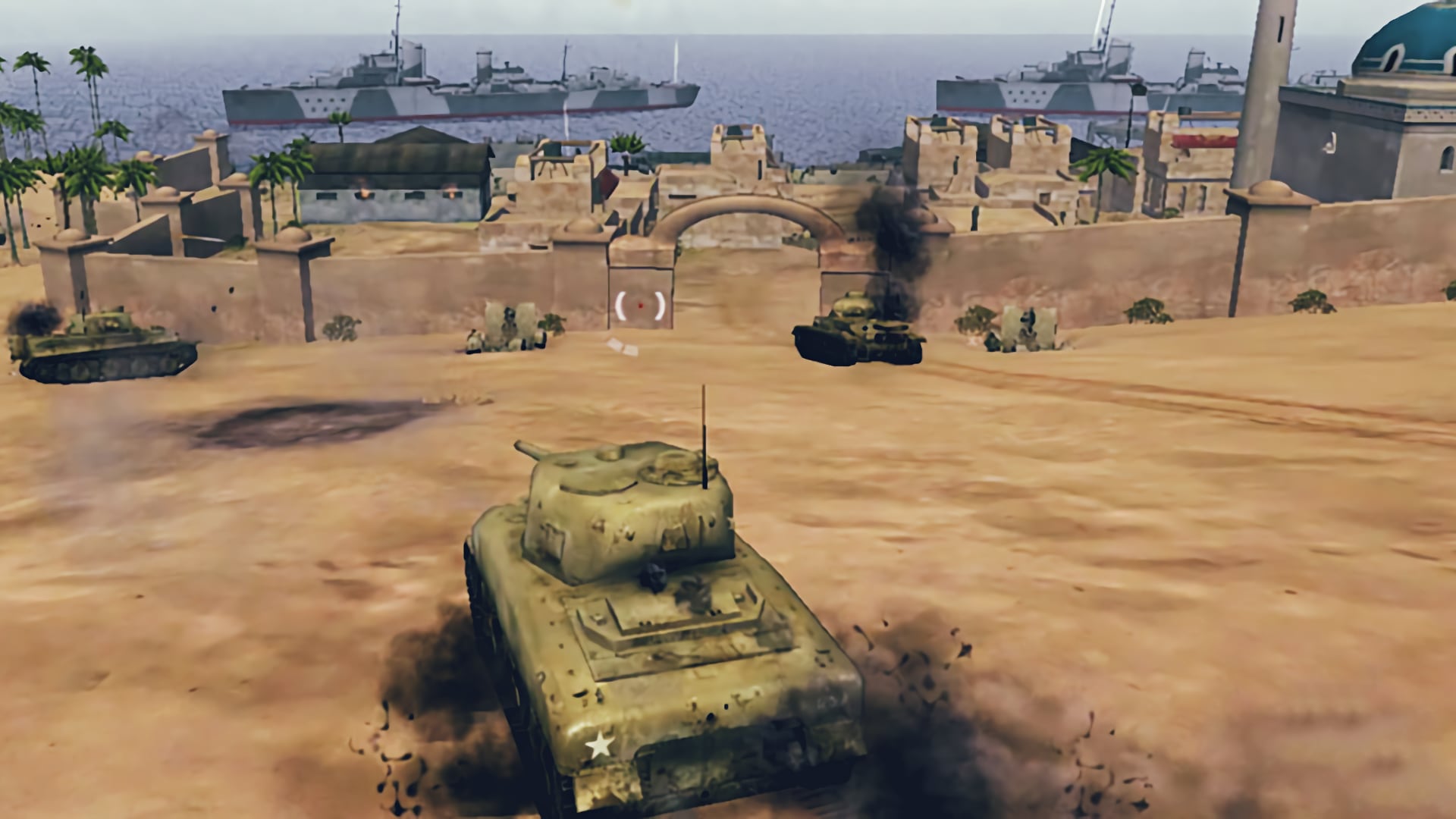 Are you in the market for some fantastic tank games? Here are some of the best games like Panzer Elite Action!

There is just something about older war games that makes them awesome and nostalgic to play, whether it be the retro graphics or the older gameplay mechanics, you can’t deny a blast from the past is always nice to have. One of those older games is Panzer Elite Action, a 2007 tank game that put you in full control of a powerful tank and allowed you to take part in some awesome campaigns.

You’re here most likely because you’re looking for the best games like Panzer Elite Action to play in 2023. We understand that older games might not be as appealing today as you have tons of different games that are more modern and optimized, so take your pick from this list and have some fun!

Starting strong we have one of, if not the most popular tank games in history — World of Tanks. This game has received global acclaim for its excellent quality and presentation, as well as the fact that it is quite fun 100% of the time. The goal of the game is to pick one from the broad selection of tanks and domineer a random battlefield either by destroying everything in your path or completing one of the objectives laid out by the specified game mode. This is one of the best games like Panzer Elite Action because it captures the idea of Tank Warfare and executes it perfectly. If you need some free stuff when you do decide to play this game, here are some World of Tanks codes!

From elite tank warfare, we move on to warplanes. IL-2 Sturmovik is a game where you take control of a warplane and take it to one of many different campaigns that the game has laid out for you. The gameplay is quite interesting and it strikes the perfect note with all of the warplane lovers out there. Something to note about this title is that this is just the base title and that you have many different games in the form of expansions, so you have titles like Battle of Moscow, Battle of Kuban, Battle of Stalingrad, and more. Overall, it’s a fantastic game and you will not go wrong in buying it. It’s a fantastic representation of the best games like Panzer Elite Action!

Something we look for in the best games like Panzer Elite Action and war games, in general, is the sense of variety and complexity that they bring. Some games are specialized in a specific field of war, like World of Tanks, but you also have composite games that do it all. That is what War Thunder is. This game is a composite war game where all participating players can go into three different battlefields occupied by warships, warplanes, as well as tanks so there is a lot of variety to choose from. The gameplay is always intense and immersive, mostly because you have over 2,000 different vehicles to control. If you’re in the market for the best games like Panzer Elite Action, this is the game for you!

The next game we have for you goes in a different direction compared to the other games we have mentioned, and that is because it is not set during some war-ravaged time where you always have to fight to survive. Instead of that, you just have to roam the land after the war to find abandoned and rotting tanks to renovate them and bring them back to their former glory. There is no PvP or PvE in the game as the only goal is to restore the tanks and sell them, but you can also take them out to the shooting range to test them out, which is fun on its own. We highly recommend this game to anyone looking for the best games like Panzer Elite Action because it’s a breath of fresh air.

The final game we have for you is Total Tank Simulator, a noticeably different theme compared to other games we have mentioned, but it still deserves its spot among the best games like Panzer Elite Action because it’s fun for the sake of being fun. You have a very wide variety of units and vehicles to control and take into battle through various battle simulations and situations. There are a few different game modes to try out, from the Campaign mode to the Sandbox mode, where you can do whatever you want in a limited area. It’s one of the best games like Panzer Elite Action and we highly recommend you try it out!

That is where our list of the best games like Panzer Elite Action ends! All of the mentioned games are extremely fun and addictive, so you can be sure that whichever one you choose, you are going to be having hours of fun! If you’re not satisfied with this selection, check out some of the best naval games, best tank games, and the best WW2 games!