Everything you need to know about Boneyard bunker codes in Call of Duty: Warzone! 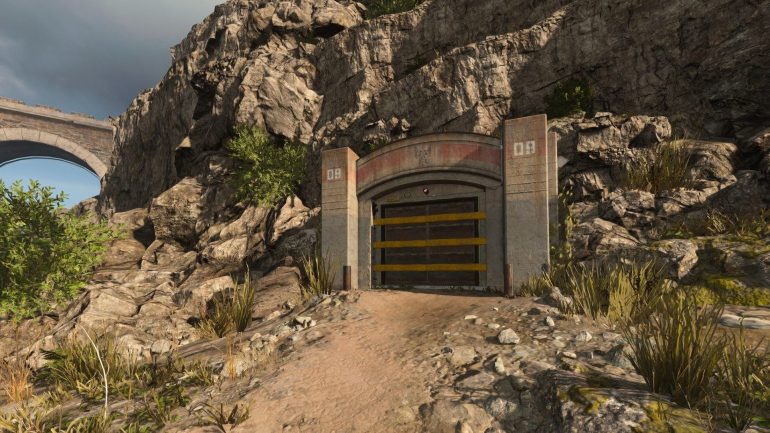 Call of Duty: Warzone is a well-known free-to-play Battle Royale game that has been sweeping the Internet by storm. It was published on March 10, 2020, by Activision. It is the second game in the Call of Duty series that features a Battle Royale game mode — the first being Call of Duty: Black Ops 4 released two years prior to Warzone. It has two main game modes: Battle Royale and Plunder. There are some bunkers you can access in the Boneyard, called Boneyard bunkers.

The bunkers are able to be opened with special codes which you can enter as soon as you get to them, and we’re here to provide you with the only Boneyard bunker codes in Call of Duty: Warzone! Neat, isn’t it? These codes give you some nice loot as soon as you open them, so why not take a stroll to the bunkers to collect your earnings?

We try to include a lot of information concerning different games here, so you might be interested in these code articles if you’re a Roblox enthusiast who likes to collect items Take a look at Shindo Life codes, Anime Fighting Simulator codes, and All Star Tower Defense codes to get your items.

This bunker, as its name suggests, is located in the northern section of the Boneyard area- B5. To get to it, you need to follow these provided steps:

In it, you can find many easter-eggs regarding the next releases in the Call of Duty series. They all lead to different clues which finally answer questions about the upcoming releases. You can find things such as the “Bish you were here” easter egg. In the bunker, there is another room containing legendary weapons. It is recommended to loot this room as soon as you get into the bunker, as the weapons found there to give you a great power boost in the Battle Royale mode, or lots of cash in the Plunder mode.

This bunker is on the opposing side of the Boneyard area, marked by the B7 name. Once again, it is located near a building with circular motives. This time, however, the curved building can be found near a hill. The location is made in such a way that’ll make it look like it’s inside of this hill. Just follow the steps like for the last bunker:

Like its North counterpart, this bunker contains both useful loot and many clues regarding the new releases. And, like with the previous bunker, looting the OP weapons as soon as possible is advised, due to different teams wanting to get its hands on the loot.

This bunker is a part of the “Tighten the Noose” Intel Mission, which uses the bunker as the last location in the intel chain. Players need to find 5 Intel files before they can access this bunker which holds another 2 files.

How to use Boneyard bunker codes

The codes are required to access tons of useful weaponry, so knowing them might give you an edge over your opponent in the game. The loot is enough for your whole squad, making all four of you overpowered and ready to combat other teams. If your team manages to be the first one to enter these bunkers or kill the players currently in possession of the loot from them, you’ll be sure to leave much stronger than when you first arrived. With the high competitiveness of these areas, they are high risk, high reward investments. A proper plan and some skill, along with the loot from these bunkers will be sure to grant you the first place.

Now you are armed with the necessary knowledge of how to get some extra weapons and give yourself an edge in most situations. Call of Duty: Warzone is a huge game that has a lot of players in it at any given moment, so staying prepared is paramount to survival. We hope you have found this guide useful and informative. If you did, then consider checking out Roblox promo codes for some more free items!