Rebirth Island bunker code 2022 — how to access the Yellow Bunker

This step-by-step guide will show you how to access the Yellow Bunker door on Call of Duty: Warzone's Rebirth Island. 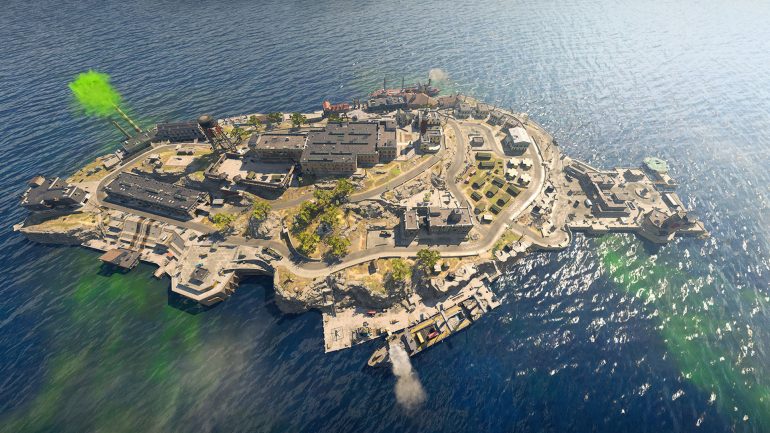 As hype builds for the upcoming new season of Call of Duty: Warzone, we shouldn’t forget all the awesome current content that’s still waiting to be explored. There’s no better time than now to roll up your sleeves and power through one of Rebirth Island’s most complex and difficult easter eggs: the Yellow Bunker.

Warzone veterans know that bunkers are where you can find some of the game’s best loot. The Yellow Bunker is the first of the explorable bunkers on Rebirth Island, but its secrets are locked away behind a reinforced steel door. In this guide, we’ll show you how to get your hands on the Rebirth Island bunker code that will let you into the Yellow Bunker. Let’s jump right in!

Want to smash the competition in other areas of the game too? Read these great guides and become a pro Boneyard bunker codes, Call of Duty: Mobile codes.

How to access the Yellow Bunker on Rebirth Island

Unlike with previous easter eggs or the bunker in Verdansk, the code to the Yellow Bunker is different in every match. That’s right, there’s no one code that will unlock the Yellow Bunker’s door! You can decipher the code by finding specific items scattered throughout Rebirth Island. Each of these items will provide you with a part of the whole code; collect all the items to piece together the full sequence.

The first thing you have to do is look for the briefcase. It can spawn on one of thirteen different locations on Rebirth Island (see the map above).

Scattered around the briefcase, you’ll find three photos indicating the locations where you can find fragments of the Yellow Bunker access code. Find the code snippets at each of the locations, then combine them to get the full access code.

Now that you know where to find the code fragments, it’s time to head to the locations in the photos.

Finding the three code fragments is the most time-consuming part of the process. That’s not because they’re hard to find — the code fragments are out in the open and easy enough to see — but because you have to find them without getting killed.

You can see the 26 different photos in the image above. We’ve pinpointed on the map below where you can find each location.

3. Putting the code fragments together

Once you’ve found the three code fragments, it’s just a matter of putting them together to get the full code. But what order do they go in?

Pay attention to how many numbers and where the hyphens are placed in each code fragment:

As an example (this isn’t a real code!), if you get the following three code fragments:

If we look at the first code fragment, it only has two numbers. We know this goes in the middle of the code:

Now looking at the second fragment, we can see that it has three numbers with no hyphens. This means it goes at the front of the code:

Finally, we know the third code begins with a hyphen, so it goes at the end:

Now that you know the full code, it’s time to go back to the Yellow Bunker. Interact with the keypad next to the bunker door and type in the full access code. Congratulations! You can now enter the Yellow Bunker and grab all the goodies stored within!

Addicted to gaming? Hey, we’re in the same boat! That’s why we’ve put together this awesome list of the best multiplayer games, so the fun never has to end. Check it out and be wowed.