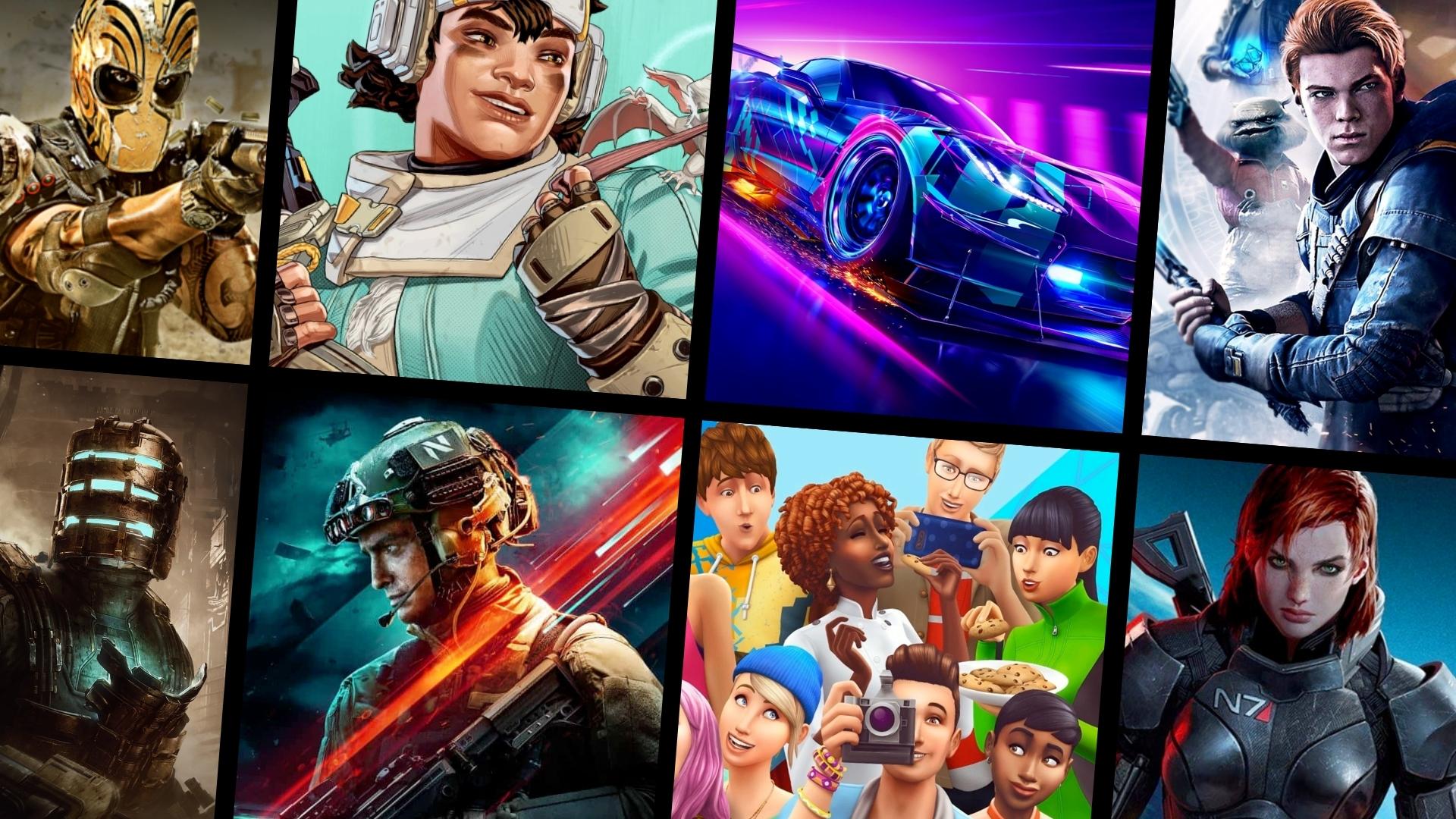 EA Games is a massively successful company that has released some fantastic games, despite controversy.

EA has perhaps earned the reputation of being one of the most controversial and hated gaming companies in history, largely due to their proclivity of squeezing money out of their customers and pushing poor management choices that ultimately ruin the reputation of some of their games. However, through all of this, EA has still managed to push out some fantastic games and excellent content that has earned them millions of returning, as well as new customers. The company is massively successful, amassing billions of dollars in revenue each year. We are going to be presenting you with some EA Games statistics and facts to paint a clear picture of the strides the company has made since its inception. We always enjoy providing you with the latest content regarding the gaming industry, so if you want to learn more, consider reading up on some video game industry statistics and facts!

The first thing we have to take a look at are the revenue stats concerning the company so we can see how it has evolved over the years and the standard that it sets for other companies to look up to. The company generates billions of dollars in revenue annually, and it achieves record sales for the newest titles constantly. Let’s take a look.

Looking at the massive increase in annual net revenue for EA Games, we can see that the company has definitely been improving since 2005, with a 123% increase in revenue. This is a classic example of a company finding a good production flow and sticking to it for years to achieve numbers they never expected.

The current value of the company is quite high considering its annual revenue, but it is not the highest it has been in years, in contrast to the annual revenue stats which saw more or less a linear increase in revenue. Even though the current net worth of the company is a bit lower compared to other years, it has still been steadily increasing and getting better the more time passes.

To clear up any confusion that might arise, packaged goods are physical games made for consoles, PC, and handheld devices, meaning that this stat applies to the games that EA ships to retailers and consumers alike. However, that is not the only section where the company saw an increase, as online game purchases and live services also grew a lot compared to Q3 2022.

This comes as no surprise since the vast majority of their games are marketed toward consoles. Games like UFC, The Sims, Madden, NHL, and FIFA tend to be much more enjoyable on consoles compared to PC because controllers are easier to master and the fun of sitting next to anyone you play with is a fantastic experience. This not only applies to EA Games in today’s time but also the various eras of console gaming and split-screen fun.

EA Games has sold over 1 billion copies of its catalog throughout the years with the FIFA franchise at #1.

This line of stats came as a surprise to us as well since we were expecting the total number of games sold to be much lower, but through this, we can see that the company has made some massive strides in its game quality and popularity. 1 billion copies sold is incredible, but we also have to consider the fact that this number is based on available information and it doesn’t account for smaller franchises as well.

74% of Electronic Arts employees are male.

This is just general information regarding the demographics that work within Electronic Arts which could prove useful for some research and data compiling. Here we see that there is a severe contrast between the percentage of male to female employees, as well as some contrast between ethnicities. This is nothing negative, but it serves as a good reference point for company comparison.

While the sales and revenue stats surrounding EA Games are enviable, you have to admit that no video game company would be well-known or successful without its fans. Fans make up the brunt of sales and provide the company with a source of income, but also with invaluable feedback on how to improve their games and services. We’re going to kick this section off by taking a look at some player base stats and other interesting info.

EA Play has 13 million players across all platforms.

EA Play offers tons of benefits for gamers that like to have a steady influx of games month to month for a good price. The service could be considered an “experimental” move by EA to provide their users with a massive library of games to enjoy without any complications. Because of this, it is very impressive seeing so many total subscribers on a relatively new platform.

We mentioned that EA Play has a reasonable price for the subscription service, but we have to put this into perspective, for just $4.99/month, you gain access to hundreds of new and old games to enjoy as much as you want. Xbox users gain access to even more benefits.

The FIFA series has always been a smash hit by EA mostly because the game is insanely appealing for 1v1 home play. Even though the idea of sports franchise games has become a bit of a meme over the years, the quality of the newer FIFA games is awesome and it is especially good for content creators that base their videos around the game to attract even more fans/players.

Alright, now this line of stats serves as a perfect reference point for how well FIFA 22 did in its first 22 days. A trillion is no small number, now imagine 46 trillion minutes of play time being invested every 20 days. The FIFA community is very dedicated to the games and they usually dedicate a ton of time to mastering the game. We are sure that the popularity of FIFA 23 is going to rise as well as 2022 comes to an end and 2023 comes rolling in.

The Sims 4 was made using nearly 12 million lines of code.

EA’s competitive games are very popular because you can go head-to-head against other players to test their skills. However, the second-highest-selling franchise of EA Games has nothing to do with multiplayer as it is only concerned with creating your own world and managing your little Sims. The first game was made after the creator realized that the town-building aspect of his game, Raid on Bungeling Bay, was more interesting than destroying the town. It just goes to show how much a change in direction can make you successful.

In its first week, Battlefield 1 had 59 million hours of gameplay.

Battlefield 1 was an absolute hit in the first-person shooter community because it took the brutality of the First World War and transferred it into an incredible gameplay experience. The combat is fast-paced, the audio quality makes you feel like you’re actually on the battlefield, and tons of features help keep you glued to the screen all the time. We can see from these stats that the game had some astonishing numbers cranked out in the first week, which is a huge achievement.

The final line of user stats is a bit silly since it is concerned with a more obscure game compared to some of EA’s more popular games, but it is still loved by the community because it is based on a very popular TV show. The point this is trying to make is that one of EA’s smallest games still managed to pull in some decent numbers, which is a testament to the quality of some of its games.

The next section we are going to be taking a look at is the stats surrounding the streaming time of the best EA games to see how they fair in the very competitive air of the Twitch community. Many of EA’s games are focused on the multiplayer side of things so they have some incredible replayability and entertainment value for people who would much rather watch someone else play the game than play it themselves.

The last three FIFA games had 373 million hours watched on Twitch in 2022.

The FIFA series, while massively popular around the world, is bound to be affected by its viewer rate falling as new games come out. This is true for FIFA 21 since it is the oldest of the three games. It makes sense that FIFA 22 would be the most popular one in the past year and we are sure that FIFA 23 will gain a ton of traction once some time passes from its release.

The last four Battlefield games had 33.8 million hours watched on Twitch in 2022.

Battlefield is another very popular EA franchise that has accumulated millions of fans due to its combat realism and excellent gameplay execution. Because of these aspects of it, the game is very easy to watch on streams so they have a lot of user engagement.

The two Star Wars Battlefront games had 2.08 million hours watched on Twitch in 2022.

This is where things get a little ugly. The Star Wars Battlefront franchise received some incredible flak due to the way EA was handling microtransactions and very intense XP/currency grinding. Although the gameplay of these two games is fantastic and very appealing to Star Wars fans, we have seen a steady decline in the total viewership of the Star Wars Battlefront series.

The last three Sims games had 29.3 million hours watched on Twitch in 2022.

There isn’t much to say about the performance of the Sims series on Twitch except that the numbers behind it are still fairly decent even though the game came out in 2014. Again, this is because the gameplay dynamic of The Sims is very pleasant to watch and there are quite a few ways to approach the game.

The last three UFC games had 2.3 million hours watched on Twitch in 2022.

And the final EA series we wanted to take a look at is EA Sports UFC. This series is popular for having excellent immersion and attention to detail when it comes to the gameplay and the moves that the fighters perform. The only thing that holds the series back is the poor reception of EA Sports UFC 4 because many people complained that it was essentially just a DLC for EA Sports UFC 3, so the price and getting it wasn’t justified. There is no way to know if this is the reason its viewership has fallen, but it is fair to assume that the controversy might play a role as well.

And there you have some of the most relevant statistics and facts concerning EA Games! As you can see, EA Games has made some massive strides in establishing itself as a core element of the gaming industry and a huge player in the development of some of the most popular games in history. While the company might have experienced some controversy regarding some of its decisions in the PR department and marketing, these are just small details in an otherwise very strong empire. We are sure that the company is going to be making improvements to better themselves and steer away from the microtransaction model of video games, something more and more companies should consider as well. We sincerely hope that you have enjoyed the information we have provided and that you have learned something new!