How to sell a ship on World of Warships

Is your Port full of unused ships just eating up space? Here's how you can sell them for 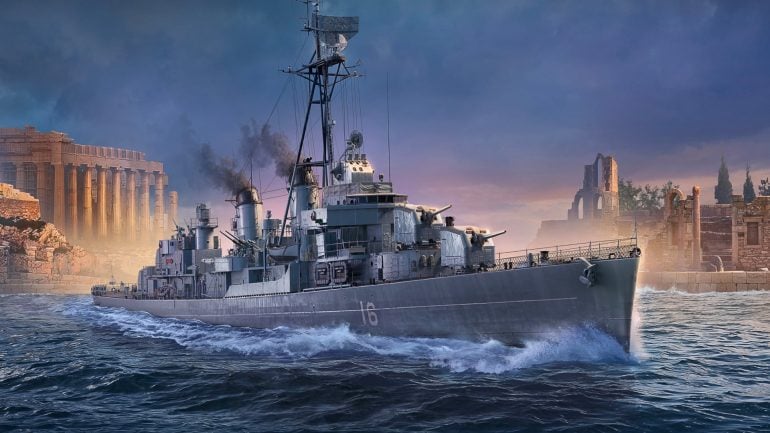 Every player, at some point, will have more ships than they know what to do with. Lower-tier ships, in particular, are often left behind once a player moves on to higher tiers. Turn these old, unused ships into some in-game credits while clearing out your port at the same time! In this guide, we’ll go over how to sell a ship on World of Warships.

How to sell a ship

The first step is to go into your Port in World of Warships, where you can see all the ships you currently own. It costs 50 doubloons to sell a ship, and you get exactly half of its purchase price for selling it.

Right-click the ship you want to get rid of, then click the “Sell” option from the dropdown menu. This will bring up a new screen with three options: Sell with Modules, Demount Upgrades, Send Commander to the Reserve.

Choosing the “Sell with Modules” option sells the selected ship with all currently mounted modules. You get additional credits for every mounted module you’ve added to the ship while you’ve owned it. You can also choose to keep all your Special Modules and sell the rest of the mounted modules along with your ship.

The “Demount Upgrades” option unmounts any mounted upgrades and stores them in your armory. Once you’ve unmounted your upgraded modules, the ship will sell at its base sale price. Note that it costs doubloons to demount your upgrades, so think about whether or not it’s worth it before picking this option.

You can also choose to “Sell Upgrades,” which sells any upgrades on your ship, but keeps the ship in your Port. This option is useful if you’re planning to completely overhaul a ship’s loadout.

Send Commander to the Reserve

How to strafe in World of Warships

The last two sub-options aren’t free, and the number of doubloons you have to pay increases with the Commander’s XP. Consider carefully before Dismissing Commander for XP—it may not be worth the cost of doubloons!

Knowing how to sell a ship on World of Warships is a necessary skill, especially later in the game. Eventually, your Port will be so many ships that you have no choice to get rid of the ones you don’t need. Hopefully, you’ve got a grasp of the selling process and all the different options available to you when selling.