Overwatch ranks: What are they & how to climb competitive

Learn everything about ranking in Overwatch and how to improve your rank. 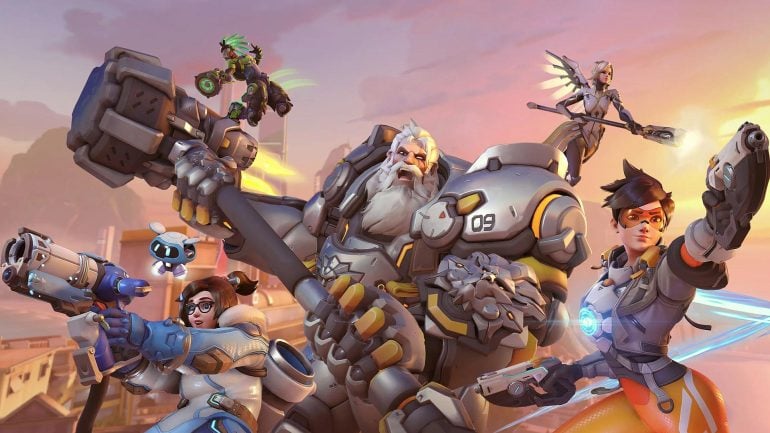 Are you a new Overwatch player interested in playing competitively and curious about how the Rank system works? Here is a one-stop, in-depth explanation of the ranking system in Overwatch.

Overwatch is a team-based online multiplayer FPS (First Person Shooter) published and developed by Blizzard Entertainment. It is an objective-based game, where two teams of six players compete against each other with a roster of “heroes,” each with their own unique skills and roles. Though Overwatch wasn’t the first “hero shooter” title, it was the first to achieve mainstream success, and other games have followed since, such as Apex Legends, Paladins, Battleborn, and many more.

Overwatch features several game modes: Quick Play, Competitive Play, Play vs. AI, Arcade, Tutorial, Practice Range, and Custom. In this article, we will be solely focusing on Competitive Play. As the name suggests, this allows you to compete against users around the world within Overwatch’s Rank System. To access Competitive Play, a player must first achieve level 25 by playing in Quick Play or Arcade.

What is skill rating in Overwatch?

Skill rating is the primary metric used to determine which Tier/rank does a player belongs in. It scales from 1-5000, indicating the overall performance of the player (higher is better). To rise in Rank, a player must improve their Skill Rating. Contrary to what many think, your win/lose ratio influences your Skill Rating more than your kill/death ratio. So, to gain Skill Rating, you should focus on team victories over individual glory.

How does skill rating work?

You determine your Skill Rating (SR) with placement matches at the start of every season. After being placed in a certain Tier, a player gains or loses SR by winning and losing matches. Two factors determine the amount of SR you gain or lose: your personal performance and the other players’ Skill Rating. Keep in mind that this is only a baseline, as Blizzard hides the actual mechanism behind the assigned Skill Rating values.

Jeff Kaplan, Developer of Overwatch, says, “The current Competitive System is not a progression-based system where you are gaining a set amount of “exp” for a win. We are constantly calibrating your skill as it relates to the other players that you win or lose against. This means sometimes it will go up or down very little, and other times it will go up or down a lot.” To prevent players from feeling discouraged, players with SR lower than 500 will be shown as “<500” instead of their Skill Rating’s accurate value.

There are seven skill Tiers in Overwatch, and each Tier has a badge viewable in the player’s portrait. The Tier divisions are as follows:

It’s useful to stop thinking of these Tiers as milestones or major achievements. Your Tier is an indicator of your current skill level, and no amount of raw grinding will guarantee a rise in Tiers. Over time, as you get better, you will also rise in Rank — don’t focus on the SR and Tiers, but focus on perfecting your gameplay.

As reflected in the statistic above, it is apparent that the majority of Overwatch players fall on the Silver, Gold, and Platinum Tiers.

Silver, Gold, and Platinum are less competitive than the Tiers above them. You will find players in these three Tiers are focused on improving their individual ability. Good teamwork isn’t as crucial for success at this level compared to the higher Tiers. The Bronze Tier is for players with the lowest skill level — newbies and those unfamiliar with shooters. Those who have some experience with shooters will generally skip Bronze and jump straight into Silver or Gold.

The Rank System places intermediate and higher-skilled players in the top three Tiers. Once you’ve reached Diamond, teamwork and coordination will begin to play a larger role in your successes.

In the earlier seasons, players in the range of Silver, Gold, Platinum, and Diamond will be moved into lower skill Tiers if they cannot maintain the minimum Skill Rating for their respective Tiers for five matches. Additionally, players that belong to Diamond, Master, and Grandmaster Tier will suffer from rating decay of 25 points per 24 hours if they did not play at least five matches in 7 days until they reach 3000 SR, or until they complete the required number of matches. Starting from Season 18, rating decay was removed by Blizzard executives to prevent players from grinding for too long.

In addition to the seven Tiers above, the 500 best players in a region’s leaderboard earn a special badge. However, before reaching top 500 status, a player must win at least 50 competitive matches. The top 500 leaderboard is released two weeks after the start of the season.

With every rank you have a different badge. Below you can see all the badges that one can get in Overwatch.

There are also Skill Rating restrictions for competitive grouping, to prevent an imbalance from happening in a match (e.g., Grandmaster playing against Bronze players).

The playing styles of each tier

There is virtually no way to determine the exact playing style from each Tier since many factors can affect each player’s gameplay. Still, each Tier has a visible trend, and we will have a look at them here.

In these Tiers, you’re likely to encounter new players still learning the ropes. Typically, players in these Tiers will play either their favorite heroes or experiment with different heroes from different roles and see which one they are comfortable using. Microphone usage is also rare in this Tier (in fact, it is insignificant until the Platinum Tier) since most people are just starting and testing out heroes, altogether abandoning the teamwork aspect. Players within these Tiers are mostly brand-new players, but they typically don’t stay long since it’s relatively easy to move on to the next Tier (Gold).

According to the 2018 statistics, the majority (32%) of competitive Overwatch players belong in the Gold Tier. This Tier is considered the “most toxic” due to how many players there are. This is also the Tier that many newbies find themselves stuck in — promoted from Silver, but unable to rise to Platinum. In Gold Tier, you’ll see players focused on mastering their “main” hero, or people who are interested in building a solid team composition.

When advancing to the Platinum Tier, you will start to see that players have shifted from developing individual skills, and focusing on team composition, strategies based on map, game modes, or even ultimate abilities. Hence, the usage of a microphone is considered crucial in this Tier. At this level, mastery over the game mechanics and basic team awareness is expected. This is where the real competition begins to take place.

Being in the top 15% of Overwatch population, players who belong in this Tier is by no means a casual player. The people in this Tier are passionate Overwatch players. Another skill that most players in this Tier possess is map awareness and map strategy. This is where real competition exists, as stated above. In this Tier, teamwork is the defining factor of a match. No matter how good a player is, without proper communication with their teammate, losing is inevitable.

This Tier is the place where semi-pro or even pro players belongs. At this level, the players have completely mastered the technical aspects of the game. Most of the players in this Tier have a main hero or role, and will not be flexible outside of that.

Grandmaster comprises the top 1% of the entire Overwatch population and is where famous pro-players and streamers play. Players at this level are the cream of the crop and the best of the best. Watching a live esport match is a good representation of what to expect at a Grandmaster level.

How to quickly rise through the ranks

First and foremost, you need to improve your skill as a player. Ensure that you learn different strategies for different maps, improve game sense and awareness, master game mechanics (accuracy, using ultimate abilities, tactical utilization of secondary abilities), and improve your teamwork. It is unclear how the Skill Rating mechanism works, but we know for sure that players have to win to gain Skill Rating and rise through the ranks. However, gaining Skill Rating doesn’t solely rely on individual performance, so even if you gain several medals, you still will not gain Skill Rating if your team loses. With that in mind, having a designated group to play with is generally better, since being aware of each member’s different capabilities helps to better strategize and cooperate as a team.

Playing a game, whether competitively or casually, you should only have one goal: having fun. If you’re looking to be a competitive player, understanding the ranking mechanism can help you become a better overall player. Focusing too much on which Tier you are in may ruin the overall experience of playing a game. So, don’t be so serious, and try to have fun!