We examine the features, their convenience, and how they measure up against competing programs. 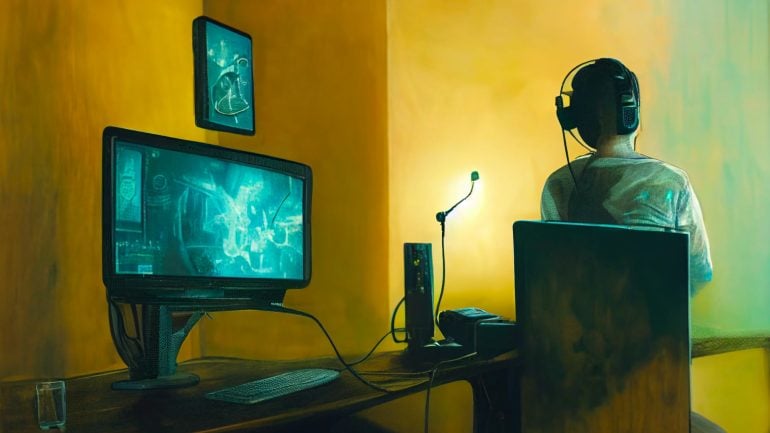 Voicemod is a voice changer program that, as you might have guessed, morphs the sound of your voice. You can use this to banter with your buddies or do some trolling in your favorite game. Since it creates a new virtual input device on your machine, it’s compatible with virtually all software that supports voice input. This means, while we don’t recommend it, you can, indeed, use Voicemod to make your voice sound like a chipmunk during your next work conference call.

When it comes to voice changers, there are quite a few options available to you. Most are available for free though they lock much of their functionality behind a paid version. Voicemod is available for free, but important features like the ability to create your voice mods and the Meme Sound Machine (effectively a customizable soundboard) aren’t available to free users.

If you’ve used a voice changer program before, the first thing you’ll notice when you jump into Voicemod is that its design is much sleeker than the alternatives. Most voice-changing software looks like it was designed in the early- to mid-2000s and never bothered to keep up with modern design trends. In contrast, Voicemod’s interface is cleaner, more appealing, and much easier to navigate than that of its competitors. This goes a long way toward making Voicemod a more user-friendly program out of the box.

Voicemod supports Windows 7, 8, 8.1, and 10. At the moment there is no macOS version. You can’t use it on Xbox or PS4. When it comes to mobile, it’s only available for iPhone, but the team is currently working on an Android version.

Voicemod is active on their subreddit and even has its Discord community. They’ve also proven to be very receptive to user feedback and update the software regularly.

What kind of voices can you use?

Voicemod is technically available for free, but the way the program is set up makes the free version more of a demo than a complete, standalone package.

The free version comes with a set of 7 presets that you can toy around with. These 7 presets rotate every week. This means if you find a preset that you like, you’ll have to spend cash on the premium version if you want to continue using it the next week. This limits the long-term usability of the free version since you can’t store your favorite presets.

The free version of Voicemod also doesn’t allow for creating custom voice mods. If you don’t like any of this week’s free presets, then you’re out of luck. Either spend money on the Pro version or roll the dice the following week and hope you get something to your tastes.

The Pro version essentially unlocks the core functionality of Voicemod, including the ability to create your custom voice mods, add more than three sound effects to your soundboard, and store a list of your favorite presets. As of the writing of this review, Voicemod Pro comes with 77 different voice mod presets to choose from, ranging from freaky zombie voices to a preset that introduces an excessive amount of autotune to your microphone.

In total there are 77 voice mods to choose from. Some of them simply add reverb or delay effects, others come with their custom soundboard that adds background sound effects. For example, the Cave preset adds reverb to your voice and a subtle sound of dripping water in the background.

For most users, the available presets are more than enough to get going. There’s a wide range of mods with different effects ranging from the very subtle to completely over-the-top. If you want a little more control over the effects, the Pro version of Voicemod also lets you create your voice mods.

Creating your voice mods is easily performed through the menu. You initially start with your raw voice input and a list of different voice effects. Just click on the voice effects to add them and you’ll instantly be able to hear how they affect your voice. Each effect also has knobs and dials that you can tune to get the exact sound you’re looking for. Voicemod has many tutorials on their site on how to mimic some of the most popular voices out there.

One thing we’d like to see is a way to export and import voice presets so sharing them with friends is easier. The free version lets you try out six random ones every day and use 3 sounds in the soundboard. The pro version gives you a lot more customization options than the basic free version.

What also sets Voicemod apart from the rest of the voice morphers is that you can make a custom soundboard or as they call it, the Meme Sound Machine. If you’re playing CS:GO you’re pretty much set with SLAM, but if you aren’t then you don’t have many options.

Voicemod makes it easy to create your own soundboard. Just add a new sound, give it a name, assign a hotkey, and you’re good to go. It’s important to note that the sounds on the Meme Sound Machine play are transmitted through your audio output and won’t be audible to you unless you’ve enabled “Hear Self”. Keep this in mind if you’re a streamer looking for a soundboard solution; it’s not just the viewers on your stream that will hear the sound effects, the players in your match will hear it, too.

If you’re a streamer then you might have heard of the Elgato Stream Deck. This nifty little piece of tech is pretty much a keypad with small screens that you assign specific icons and actions. Not only that it’s compatible with Voicemod! You won’t even need to remember any hotkeys. Every voice preset and soundboard can be easily assigned to the buttons on your Stream Deck, allowing for a quick and easy setup.

There are a few alternatives, but the two that stand out though are Clownfish and MorphVOX. These both have been around for a while and when compared leave much to be desired.

Clownfish is a barebones free program that feels lacking when compared to Voicemod.

It has far fewer voice presets with only 12 voices in total. These are alien, Atari, clone, mutation, fast mutation, slow mutation, male pitch, female pitch, helium pitch, baby pitch, radio, robot, and custom pitch. None of these except for custom pitch is customizable.

Clownfish does have some features that Voicemod doesn’t though. One of these is a voice assistant that will convert text to speech. If you’re in-game though this is pretty useless since you’ll be alt-tabbing all the time to use it. Not practical at all in this situation. Also, your OS or platform likely has its robust text-to-speech solution that is much more accurate than the one available in Clownfish.

A good feature is its soundboard that works similar to Voicemod. Just add a sound and define a hotkey. Unlike Voicemod, Clownfish cannot control the volume of each sound. You can deal with this by editing your sounds in Audacity or another audio editing program, but it’s much more convenient to do this on the fly from one place.

Morphvox has been around for a while actually since 2005 to be precise and it shows in the UI.

Morphvox Pro costs $19.99 and its features can be expanded with some “DLC” that costs between $2.95 and $9.95. Most of these are background noises that you’ll probably never use like war, city, nature, and workplace sounds.

One thing MorphVOX Pro has that Voicemod doesn’t is a dedicated slider that manipulates the timbre of your voice. Let’s be real, some of you are looking for a voice changer that will make you sound like a person of the opposite sex. The simple pitch shifting available in Voicemod isn’t enough to do the trick.

Of course, timbre isn’t the only factor that affects the gender you sound like – you’ll have to change the way you speak as well – but it goes a long way to creating an authentic voice that can reliably fool others.

MorphVOX has a slight edge in terms of voice manipulation options but has an outdated interface and poor soundboard implementation.

Is Voicemod Pro worth it?

If you’re in search of a voice changer to spice up your streams or mess around with friends on Discord, Voicemod Pro is currently the best solution. While many alternatives offer a similar feature set to Voicemod, most have terrible, outdated interfaces that aren’t nearly as intuitive as Voicemod’s.

You have an incredibly wide range of voices that you can quickly select with a just click of the mouse or press of a hotkey. With the built-in Elgato Stream Deck integration, this makes it even easier by literally just pushing a button.

Is Voicemod a good voice changer?

Yes, it’s legit. In our opinion, it’s the best one out there for gamers.

How much does Voicemod Pro cost?

The basic version is free forever but crippled. The pro version is well worth it considering how much easier and funner it is to play and stream with it.

Does Voicemod have a virus?

No. The real Voicemod program from the official voicemod.net website is safe, trustworthy, and clean of any adware trickery. The same can’t be said of the cracked versions that are floating around.

No. Voicemod doesn’t hand out any free license keys so don’t fall for fishy sites claiming they can hook you up!

Is Voicemod safe for Discord?

Yes, it’s a safe app to download use not just for Discord, but also for Twitch, Skype, OBS, Teamspeak, VR Chat, XSplit, and for all your favorite games. Voicemod doesn’t modify any files or inject itself in some sneaky way so there’s no need to worry about getting banned. 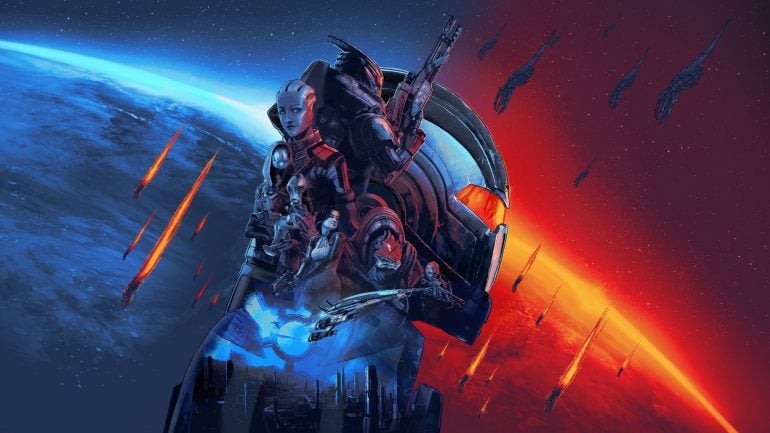