What is Team Chest in Coin Master?

Get the scoop on Team Chests in Coin Master with this helpful guide. 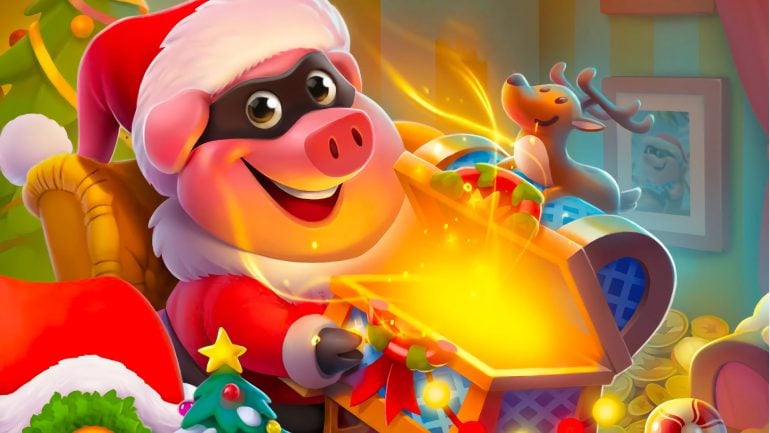 Joining a Team is one of the best ways to quickly make progress in Coin Master. Not only can you share tips and tricks with other Coin Master fans, you can also take part in exclusive events with special prizes and bonuses.

Team Chest is one such event. In Team Chest, you and your team must work together to earn points and win an amazing chest containing all sorts of awesome rewards.

In this guide, we’ll go answer the question you came here for: “What is Team Chest in Coin Master?” Below, we’ll go into depth about how this event works and the kinds of prizes you can get from it.

Get a boost to your village’s progress with these free coins for Coin Master.

How does Team Chest work?

Team Chest is a regular event in Coin Master in which teams complete special missions to earn rewards.

The only requirement is that you must be part of a team. Joining a team is super easy, and you can do it any time, so join one now if you haven’t already!

You cannot claim a Team Chest if you:

On the Team Chest page, you’ll find a meter indicating your team’s progress in Team Chest. This bar will fill up as your team completes team missions. Once the bar is full, every member who participate in completing the event can claim the reward.

There are many types of team missions, and they’re all relatively simple. Usually, they involve collecting a large amount of a certain item. The difficulty of these missions depends on what Team Chest League your team is currently on (more on Leagues further down). Basically, the higher your league, the harder the missions, and the bigger the rewards.

Remember: the Team Chest event is all about working together as a team. You won’t be able to complete it on your own. So if your Team Chest progress feels a bit slow, give your teammates a kick in the pants and get them to start playing more!

How to join a team on Coin Master

What are Team Chest Leagues?

Completing Team Chests is lots of fun, especially in the right team environment. If your team really wants to take it to the next level, then they can focus on ranking well in the Team Chest Leagues.

Team Chest Leagues are leaderboard tiers that rank teams based on the number of Team Chests that they complete. The more your team completes, the higher up the ranks it will be.

Focusing on Team Chest Leagues is a great way to really boost the progress of the players in your team. Each member stands to benefit from a high rank in the Leagues, so push them to work on Team Chest missions as much as possible!

That covers all the important facts you need to know about the Team Chest event in Coin Master. As you’ve learned, Team Chests are a fun way to get teammates to work together toward a common goal. Individual contributions are important, but you can only unlock a Team Chest’s precious prize when everyone on the team is pulling their weight. And those prizes are well worth the effort; especially as you move up to higher League tiers, where the prizes are much more valuable.