10 best competitive Pokemon in Sword and Shield to play

If you want to get into competitive Pokemon, there are a few things you need - the first is the right team. 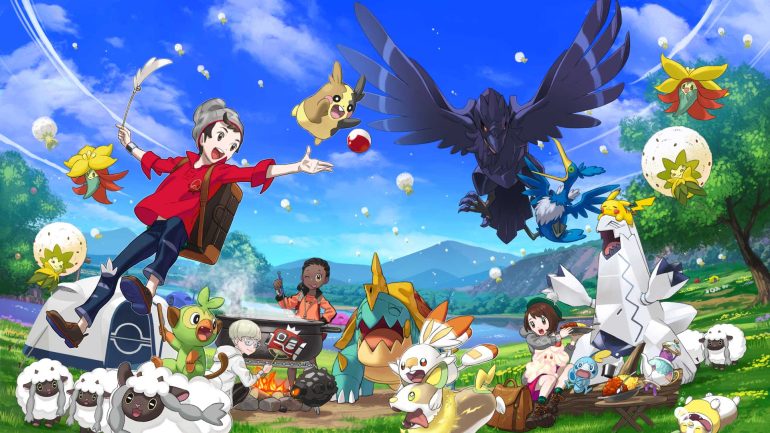 Every person on the planet has their own idea of what the best Pokemon is. Go ahead; ask ten people, and you’re likely to get ten different answers (Pikachu doesn’t count). Ask them why and you’ll get ten different reasons, too — it’s the cutest, the fastest, the strongest, the weirdest. So, even though the objective answer is clearly Slowpoke, we all have our subjective reasons for why we love the Pokemon we do, and that’s okay.

The conversation turns a little more black and white when we talk about the competitive scene. Professional players have run the numbers, looked at the stats, and reverse-engineered the algorithms to determine the best of the best Pokemon for competitive play – yes, even in Pokemon GO. So, while your Scizor might look like it could wipe the floor with most of the Pokemon in your Pokedex, the pros know that he’s better off in your PC than your lineup.

Unlike in previous generations, the Pokemon in Sword and Shield are constantly being tweaked and balanced. So, the best competitive Pokemon for this season might not be that great next season, or be banned outright. Season 6 is just getting underway; for those who want to dominate in online matches, we’ve compiled a list of the current best Pokemon for competitive play.

Pokemon not in the running

As is tradition, a new season means a new list of Pokemon banned from competitive play. So, here’s a little tribute to our fallen friends.

Enjoy your break, buddies. May we see you back for Season 7.

Snorlax has always been a pain to face in battles. Its naturally high Special Defense and massive HP pool make it a damage sponge. Snorlax’s high Attack also means it can deal a lot of physical damage, too.

For a little fun, give Snorlax a Figy Berry. Its Gluttony ability triggers Figy Berry at 50%, recovering a ton of HP without wasting one of your turns. Then, use Recycle to bring that Figy Berry back, and repeat until your opponent tears their hair out.

If you’re not Dynamixing Charizard, you’re not using it correctly. Its Hidden Ability, Solar Power, is boosted by Max Flare which amplifies the sun effect for five whole turns. Those two abilities combined ensure any moves that utilize Charizard’s Special Attack deal a ton of damage. Throw Max Airstream on top and Charizard becomes so fast that it’s guaranteed to have the first move, making it a great Pokemon for sweeping entire lineups.

Azumaril is a good utility pick that can be thrown in at key moments in battle to finish off Pokemon or tank hits for a friend. It’s capable of both dealing and taking damage, thanks to its above-average defensive stats and the Huge Power ability that nearly doubles its Attack. He’s made even stronger by Belly Drum, which lets Azumaril stack its Attack so it can KO opponents after a few turns for wind-up.

Another great utility pick, Ferrothorn has only two natural weaknesses — Fire and Fighting. Like Snorlax, Ferrothorn is designed to draw out battles and break down Sweeper-based lineups. Iron Barbs and Leftovers together help keep it from being KO’d despite no recovery moves, and Protect raises its durability against all attacks.

Since Ferrothorn is a wall Pokemon with only two weaknesses, there’s a good chance your opponent will switch to a Fire Pokemon not long after you deploy Ferrothorn. If you expect this, have a Water-type waiting in the wings for a quick counter.

Ferrothorn’s Speed is rock-bottom at 20. Fortunately, this works well with the Gyro Ball move, which is more effective when used by slower Pokemon. Put Ferrothorn in a lineup with Trick Room and Ferrothorn transforms from a hefty wall Pokemon into a formidable physical sweeper.

If you’re up against a lineup that’s stacked with Physical hitters, Rhyperior is the perfect solution. Its massive Attack and Defense stats make it a nightmare for Attack-dependent Pokemon to make a dent. When Dynamaxed, Rhyperior receives a significant HP boost, making it even harder to knock out of battle.

Rhyperior’s Solid Rock ability makes it the ideal Weakness Policy holder. With Solid Rock, Rhyperior is durable enough to withstand even super-effective attacks. Getting hit by its weakness activates Weakness Policy which then unlocks its true potential.

Due to how low Rhyperior’s natural Speed stat is, it pairs well with a Pokemon that has the Trick Room ability. Unfortunately, two of the strongest Pokemon with Trick Room have been removed from competitive matches for Season 6 (Mimikyu and Porygon2) which is why Rhyperior isn’t higher up on this list.

When played correctly, Aegislash can be nearly unbeatable. It has two different forms, Blade and Shield, that combined give it a stat total of nearly 700 points! The trick to using it effectively lies in understanding when to switch between the forms.

Unlike most Pokemon, Aegislash does not want to hit first; so, you’ll want to keep its Speed as low as possible. This is because any attack will instantly switch it to Blade Forme, which increases its attacking stats but removes its defensive buffs. By going second, you’re ensuring Aegislash takes the first hit when it’s still in Shield Forme.

Hydreigon is a natural top pick for competitive play due to its naturally high stats.

Hydreigon has a wide array of possible moves, making it a difficult Pokemon to prepare against. With Dragapult gone in Season 6, Hydreigon with a Choice Scarf is one of the fastest Pokemon for competitive matches.

Its high Special Attack means it can really lay down the hurt, and its rare Dark/Dragon type combination makes it resistant to 8 different types. Hydreigon is made even more useful by its U-Turn ability, which allows it to be immediately switched out after performing an attack. It’s perfect for “faking out” opponents — send out Hydreigon, who can withstand first attacks, then use U-Turn to quickly swap it out with a type counter.

Primarina has a powerful moveset that’s perfect for breaking down defensive lineups. It has excellent Special Attack and Special Defense; so it’s great for smashing through Pokemon with high Defense and absorbing a Special Attack damage.

Primarina is best deployed in switch-heavy lineups, making it a natural partner for Pokemon with U-Turn. With only three weaknesses and seven resistances, it can also be used as a buffer for setting up other Pokemon to deal the killing blow. Give it the Rest ability and Primarina becomes difficult to KO — let it soak up damage then recover. When Rest is used in tandem with Calm Mind, Primarina can afford to spend a few turns increasing its damage potential before dealing the finishing blow.

Dracozolt is the perfect option for negating Electric sweepers. With Volt Absorb, it actually restores health every time it’s hit by Electric type moves. It’s also about as straightforward to use as a Pokemon can get — spam Bolt Beak and its other high-damage moves in advantageous matchups, otherwise swap Dracozolt out.

Its unique move, Bolt Beak, deals double damage when Dracozolt makes the first move. Unfortunately, its base Speed is rather low, so Choice Scarf is required if you want to optimize Dracozolt’s damage output.

Give it Hustle and its potential for sweeping Pokemon improves greatly. It does reduce accuracy, but you can negate that by Dynamaxing it.

Urshifu has it all — it’s fast, does massive physical damage, and looks cool to boot. Urshifu also has 7 (!) natural type resistances, making it a viable pick against a good chunk of Pokemon. When Gigantimaxed, Urshifu’s G-Max Rapid Flow pierces through Max Guard and Protect, giving it an advantage against other Gigantimaxed Pokemon.

Weakness Policy is an excellent item on Urshifu as it can take punishment. Its high durability helps keep it in the fight for longer, even from moves that it’s weak against.

Urshifu doesn’t do well against Pokemon that can resist its STAB moves. How fortunate that two of its best counters, Dragapult and Venusaur, are banned in Season 6.