Best shiny Pokemon you can catch! 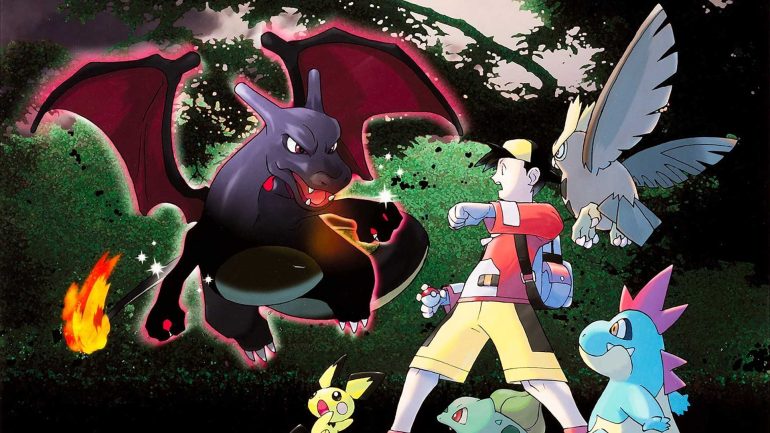 One of the Pokemon games’ most fan favorite features is the ability to discover rare Shiny forms of every single species in the Pokedex, all of which come with a unique new color scheme.

Don’t get me wrong, some of these Shiny variants are downright dreadful. Pokemon like Alolan Sandslash, Gengar, and even Pikachu get only the most minimal color shift. These missed opportunities get even worse: Steel & Electric-type Magnezone, a badass Pokemon by any measure, only gets its eye turned from red to blue.

But more often than not, these shiny versions are almost always the coolest way to see your favourite Pokemon. You can discover shiny variants of every single type pokemon, but a select few shiny Pokemon are better than the rest.

You may be stuck deciding which shinies you’d be best to spend your time hunting for. So, without further ado, here is a list of the best shiny Pokemon.

Who could forget the first time their Charmander eventually evolved into a Charizard? This Fire & Flying-type Flame Pokemon has been a mainstay of the series since it decorated the cover of one of the franchise’s first titles: Pokemon Red. By the time you reach the Pokemon League with your Charizard, you’ll be well familiar with why it’s so popular.

But what if I told you there was an even better Charizard out there? Shiny Charizard is awesome, trading that familiar orange coat for one that is jet black. It completely changes the look of the Pokemon, making it stand out from your party even more than it already did.

It just so happens that Ponya, and its evolution Rapidash, have one of the most subtle (yet incredibly effective) shiny colorations. While the creature’s skin colour remains the same, Ponyta and Rapidash’s red and orange flames are replaced with white hot blue flames. When a flame turns from red to blue, that usually means the flame has become significantly hotter. Sadly, the Galarian versions of Ponyta and Rapidash aren’t nearly as impressive.

Hard work almost always pays off – and Pokemon fans know that better than anyone. You get your first fishing rod, and you catch your first Magikarp. You recognise it’s basically useless (there’s not much you can do with a splashing fish, after all), but with patience and dedication, you’ll get the ultimate reward: your tragic Magikarp will transform into the coolest Water-types Pokemon has ever offered: Gyarados.

But what if I told you that your colossal Sea Monster could get even cooler? Shiny Gyarados trades the leviathan’s blue scales for a blood red coat, making it look even more powerful as it races through the water. The Red Gyarados is possibly Pokemon’s most famous shiny, particularly as its existence was made canon in the anime. The Red Gyarados is the result of a forced evolution, with Magikarp lacking time to turn its red scales the usual blue.

Ditto is probably the most unique Pokemon in the entire franchise. It doesn’t look much at first, after all it is literally just a lump of pink substance with a wide smile and two dots for eyes. It is a genderless, amorpheous Normal-type Pokemon.

However, Ditto has one very special ability that sets it apart from every other Pokemon. It can “reconstitute its entire cellular structure” and transform into every single Pokemon in the franchise, which makes Ditto an extraordinarily useful Pokemon to have, and you’ll rarely find a trainer who doesn’t have one in Someone’s PC.

Since Ditto is literally a pink lump, it’s hard to see how Game Freak could change its appearance. Shiny Ditto trades the pink goop for a light blue sheen, a subtle change but one that makes a huge impact. Like Gyarados, Shiny Ditto is canon, having appeared in the anime as Narissa’s companion Ditto 2.

Dragonair is a Dragon-type Pokemon which first appeared in Generation I. It is a pre-evolution form of Dragonite, one of the defining Pokemon of the first Generation. The long blue serpent is a fantastic looking Pokemon, but you know what’s even better? The Shiny version!

Dragonair’s sleek blue and white scales are replaced by pink and white ones in the Shiny variant. The deep blue pearls that adorn its neck and the tip of its tail are also replaced by gold ones, giving the Pokemon a more profoundly elegant look.

Eevee is another of Pokemon’s most unique characters, with the fan favorite gimmick of evolving into different Pokemon depending on certain conditions. But, sadly, Eeveelutions don’t have a very good track record for shinies: Eevee is a little lighter, Flareon is a little more gold, and Jolteon is virtually identical. But luckily, three of Eevee’s Shiny evolved forms look particularly unique – and they happen to be three of the best Shiny Pokemon.

The very first Eevee evolved form, Vaporeon is a blue Water-type Pokemon that is halfway between a cat and a fish. Its body is adorned with blue scales, and it has a dark blue fin that runs down its back. Shiny Vaporeon, in true Shiny fashion, switched its blue scales for purple ones, giving the entire Pokemon an incredibly unique look.

One of Eevee’s Generation II evolved forms, Espeon is a Psychic-type Pokemon that is capable of reading air currents in order to make predictions in battle, unleashing psychic power from the red orb on its forehead.

Shiny Espeon is perhaps one of the most unique – trading the subtle pink fur for a radioactive green replacement. This gives the Pokemon a distinctly alien look to match its supernatural abilities.

The other Generation II Eeveelution is Umbreon, the Dark-type Pokemon, which is renowned for the yellow ring patterns which adorn its body. When the Pokemon gets excited, or on the night of a full moon, Umbreon’s rings will glow yellow.

That is, of course, unless we’re talking about Shiny Umbreon. In that case, they’d glow electric blue. As well as having blue ring patterns around its body, Shiny Umbreon also trades its red eyes for bright yellow ones.

That’s right, folks. Legendary Pokemon can be shiny too. One of Generation II’s three Legendaries, Ho-Oh is a Fire & Flying-type which is thought of as the “guardian of the skies” and the trio master of the Legendary beasts: Entei, Raikou, and Suicune.

But even though Ho-Oh is the game mascot of Pokemon Gold, meaning that everyone knows it looks pretty cool, it can get even cooler: especially with the Shiny version of Ho-Oh. Trading its red and white colour scheme for one that is red, orange and yellow, Shiny Ho-Oh also features black legs, a beak, and adornments. However, because you only really get one chance encounter with Ho-Oh per playthrough, it’s exceptionally unlikely you’ll ever stumble across one by mistake.

Known as a pseudo-legendary Pokemon, meaning that its base stats are among the highest in the game, Metagross is a fan favourite Pokemon from Generation III’s Hoenn region. A massive Steel & Psychic-type Pokemon with cast iron legs, Metagross is defined by the huge metal cross that decorates its face.

But what many fans don’t realise is that Metagross, as good as it looks normally, has one of the coolest looking Shiny variants. Lightening its iron blue body to a shiny dark silver, Metagross’s iron cross is traded for a bright gold version. This not only makes Metagross stand out from your party, it also makes the whole Pokemon look a whole lot tougher.

Some Legendary Pokemon look awesome, but Generation III’s Kyogre, Groudon, and Rayquaza are probably some of the coolest. For many, the Weather Trio are the quintessential Pokemon mascots. The red patterns that decorate their bodies show that these Pokemon are intrinsically linked while having some of the most unique designs of the whole series.

But where these Pokemon really shine are their Shiny variants, and Kyogre’s is particularly impressive. A quite subtle change, the pink skin that covers Shiny Kyogre’s entire body somehow looks more whale-like than the blue. Clashing with the glowing red veins, it makes the entire Pokemon seem so much brighter – even on the now-retro graphics of the Game Boy Advance.

But probably the coolest Legendary has to be Rayquaza. This Dragon & Flying-type ‘Sky High’ Pokemon was first spotted as the mascot of the Generation III “third version” Pokemon Emerald, and is described in the Pokedex as being “hundreds of millions of years” old, flying forever through the ozone layer and consuming meteoroids for sustenance.

If you thought Rayquaza, the green Sky Serpent, was cool, wait until you see it’s awesome Shiny variant. Shiny Rayquaza trades the green scales for a jet black coating, decorated by golden veins that run throughout its body. This makes Rayquaza look even more intimidating that it had before (if you can believe it).

The mascot of the Generation IV’s ‘third version’, Girantina is a really cool looking Pokemon. The Ghost & Dragon-type, which is the third member of the “Creation Trio” beside Diagla and Palkia, is a ghostly, six-legged Legendary from the Distortion World. Giratina has two natural forms: the original, known as the ‘Altered Forme’, and another, which switches Giratina’s legs for levitating spikes.

But Girantina’s Shiny variants are even more awesome. Trading Giratina’s golden embellishments for silver ones, Shiny Garatina’s two forms cause the Renegade Ghost Pokemon to look even more supernatural and out of somewhere called the “Distortion World.”

The third and final form from Generation VI’s Water-type starter Froakie, Greninja is pretty much Pokemon X & Y’s most famous Pokemon. This is primarily because Greninja has a really cool design: a blue martial-arts master frog with a large pink tongue that wraps around its neck like a scarf.

First debuted in Generation VI’s Pokemon X & Y, Aegislash is a ‘Royal Sword’ Steel & Ghost-type Pokemon which resembles a sentient sword carrying a shield. A fan favourite, and the final evolution of Honedge, this Pokemon has two formes which it can switch during battle depending on the move it is using.

Already a pretty unique looking Pokemon, the Shiny variant makes Aegislash stand out even more. The standard colour scheme is shades of gold, a reference to the legend of the king who used his Aegislash to rein over the land. Aegislash’s Shiny form retains the shield’s gold trim, but replaces the metallic grey for shades of black, making the Pokemon look a whole lot more badass. After I first saw it, I never wanted to have a non-shiny Aegislash again.

Shiny Yveltal is possibly the only Shiny cool enough to challenge Rayquaza for the title of ‘Best Shiny Pokemon.’ The game mascot for Pokemon Y, Yveltal is a Dark & Flying-type ‘Destruction’ Pokemon that resembles the letter the game is named after. Already a pretty sinister force in the Pokemon lore, Yveltal uses its glowing red “wings and tail feathers” to “absorb the life force of living creatures” – the ghostly black and red colour scheme that covers its body helps give the sinister impression, too.

Shiny Yveltal is even cooler. It switches the black trim around its red feathers for white, making Shiny Yveltal look even more powerful. It’s a subtle change on paper, but truly does make all the difference.