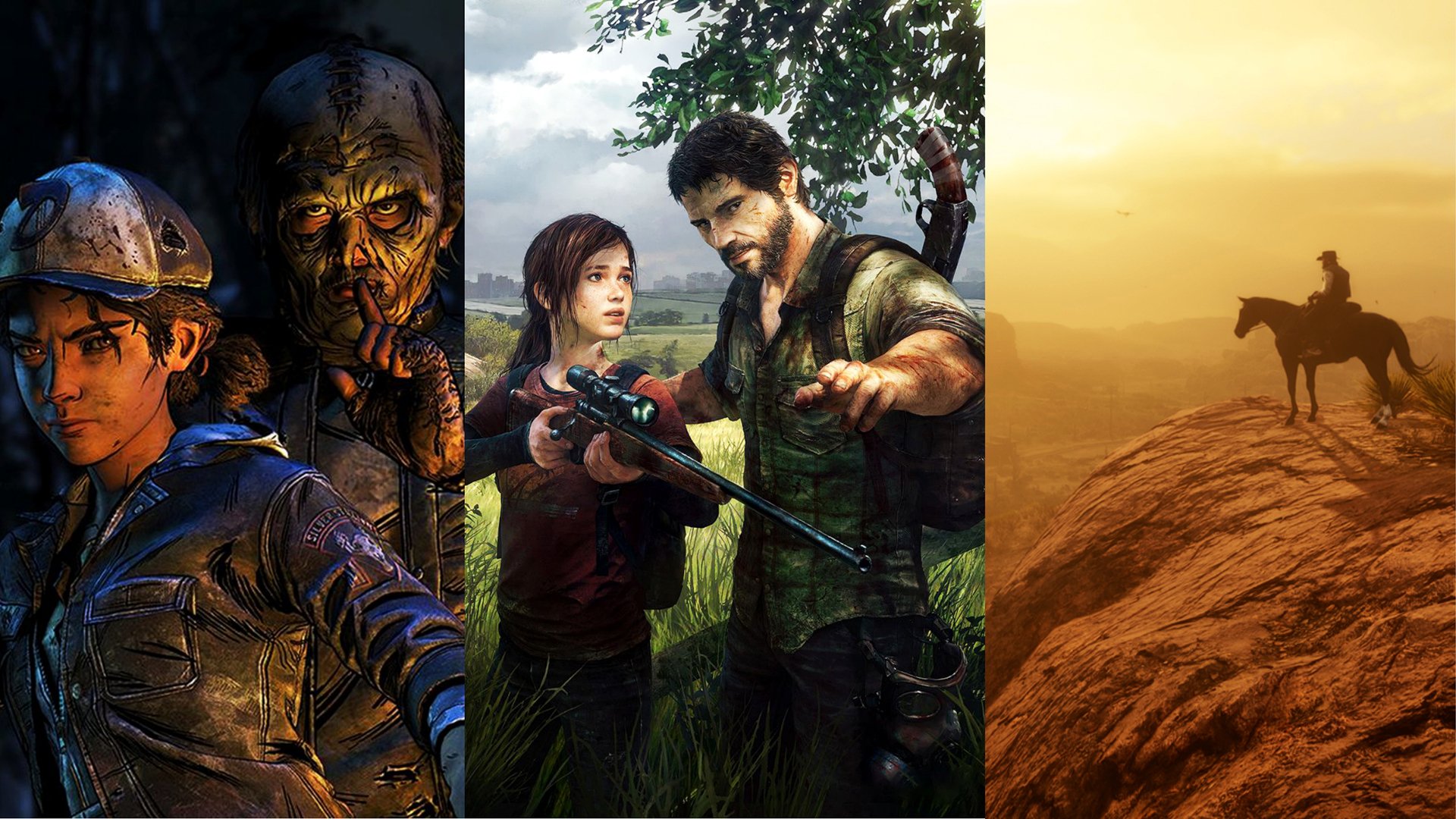 Enjoy these story games and their incredible narratives for hours on end!

Story games are meant for when you want to take a break from the intense experience that other genres of games provide, and instead prefer to play a game that tells a story through a gripping narrative and intuitive, easy-to-understand gameplay. Over the years, publishers have come up with some fantastic stories that are hard to beat, with some even bringing grown men to tears.

We’re here to tell you what the best story games are, what they talk about, and how their narrative makes them immersive masterpieces worthy of a hundred playthroughs. They are extremely well-made and provide you with a memorable story that you won’t soon forget.

For avid players of this genre, taking a bit of a break can be a very smart move sometimes, and there is no better way to do that than to switch it up and play games from other genres. For this, you can take a look at some of our other articles such as best WW2 games and best naval games!

Telltale’s The Wolf Among Us

The reason The Wolf Among Us is one of the best story games is because of the way the developers created a thrilling narrative with an intriguing premise — beloved characters from fairy tales have been anthropomorphized and given normal lives like normal people. The story follows Bigby Wolf, a detective who has to investigate a mysterious murder that has happened in the town where are all of the characters reside. Your journey will lead you to many different characters you can interact with to get the full story. Like other Telltale games, your choices have a considerable bearing on the story, so choices you make in the beginning may come back to bit you in later stages of the game.

What Remains of Edith Finch

What Remains of Edith Finch is a gripping, melancholy story that takes place in an old house — the Finch residence. You play as an unnamed character who has to travel to the house carrying the diary of Edith Finch. It contains important information about her life and the way she lived. Once you arrive at the house, you have to search the premises for clues and links to the diary, all while the disembodied voice of Edith Finch reads out some passages of the diary to guide you in the right direction. Making your way through the house and finding hidden spaces is very important to piece everything together and conclude the amazing story of one of the best story games around.

This game has a Western setting and follows the story of Arthur Morgan who is a member of a notorious gang operating at the time. The times are shifting, so outlaws are few and far between. Their reign is ending, but the gang that Arthur is in wants to perform one last heist so they can retire as rich men. On your way to completing the story, you will meet a huge variety of characters that all have their backstories and reasons to talk to you, giving this game a strong moral narrative on top of having a lot of action-packed into it. Of course, there is a considerable amount of combat in the game since you can also perform robberies, heists, gunfights, hunt animals, and much, much more. You should definitely pick up RDR2 if you’re looking for only the best story games.

Firewatch has an incredible narrative where you assume the role of a fire lookout named Henry. Henry’s wife has developed dementia so he took this job so he could care for her. One thing you might notice about this game is the absolutely amazing visual direction where the game doesn’t sport crazy graphics, instead opting for a more simplistic graphical approach in favor of a more immersive story. The best story games cannot only rely on the story, but must also have great visuals to back it up. In the beginning, all is well and you’re enjoying your job in the wilderness until you start to notice some strange things happening near your post. Shadowy figures lurk about, your colleague, Delilah, while friendly, is not making too much sense while talking to you so you have to look into the story to see how it ends. The fantastic art style coupled with the cohesive story makes Firewatch a one-of-a-kind game that everyone should try at some point.

Life is Strange is a story game that takes place through episodic gameplay. You play as Maxine “Max” Caulfield as she goes through her day-to-day life. As you play, you will be able to talk to different characters and interact with your environment. One of the core gameplay mechanics in Life is Strange is the protagonist’s ability to rewind time, adding to the complexity and giving you the opportunity to re-live some aspects of the story to give them another go. There aren’t too many flashy elements to Life is Strange since it primarily serves as a story of personal growth, heartbreak, and many other themes you will have to discover by yourself. If you’re looking for a more down-to-earth narrative, this is one of the best story games you’ll want to check out.

Until Dawn takes place on a mountain getaway with a group of teenagers who want to stay up there and relax. You will notice that these kids are standard-issue college kids with not much regard for logical reasoning, just like in some horror movies. As you play, you get to control different members of the group and make their choices for them. Giving the player the option of choosing how the story plays out is one of the key aspects of the best story games. These choices can either be mundane and unimportant, or they can be extremely difficult to make in the spur of the moment since they can impact the story tremendously. There is a problem that the kids have to face, and that is the fact that some of them believe that they are being stalked by a wendigo, but that is a mystery that is yet to be resolved.

Telltale is a video game company that is very popular because of the sheer quality of their best story games. Each story is meticulously crafted to be very complex, including multiple story directions, as well as different endings. One such game is The Walking Dead. This game follows Lee Everett, a lonesome man looking for companions to last within the zombie apocalypse. He is a rational man, usually kind, but firm when it counts. On your journey, you will meet many different characters, all with their own personalities and storylines to complete. You will also find that there are a lot of decisions to be made, some of which are nigh-impossible due to the moral conundrums you’ll be facing. No matter how you look at it, this game is fantastic and you should play it. Period.

The Last of Us

The Last of Us is set in a post-apocalyptic, zombie-infested world where supplies are scarce and good friends even more so. You play as Joel, a middle-aged man, and a veteran of surviving in this world. You’re accompanied by Ellie, a girl that is rumored to have special blood that makes her immune to the virus. The goal of the game is to reach a medical institution that can use Ellie’s blood to make a cure. On your way there, however, you’ll be assaulted by a large number of zombies and renegade survivors who want to take your resources from you. The combat is very well-made, placing special emphasis on stealth and managing your ammunition. When it comes to the zombies, you have your standard running zombies that are relatively easy to kill. The tricky part is when you get to the oldest zombies, called Clickers. These guys are so overgrown with mold that they cannot see, instead, they rely on echolocation, hence the name. They are incredibly dangerous and one should take special care not to get grabbed by one. The Last of Us is one of the best story games that should not be missed.

This game is an adventure platformer where the story revolves around a married couple that is struggling. They always argue and this has a negative effect on their daughter, who goes into the shed to play with dolls and cope with her situation. Her tears fall onto the dolls, transporting her parents to the shed in the form of her dolls, where they have to work together to complete the various obstacles that their daughter sets for them while she’s playing. Along the way, you’ll notice that the mechanics of the game follow similar tropes to your usual platformers, but that doesn’t detract from the main purpose of the story — to show you that communication and cooperation can help you get out of the toughest of situations, be it in the strange world that your daughter creates, or the real one. This game serves as proof that the best story games can concern themselves with real-life situations with ease.

Undertale is one of the best story games around, mainly due to its unique artstyle and story progression that makes it memorable and leaves fans wanting to play it all over again. In this game, you play as a child who has to get through the various paths in the Underground. The Underground is a realm where monsters are sent since their war with the humans. As you make your way through this place, you will encounter all manner of creatures, some of which will challenge you to a battle. Once they confront you, you can choose what to do, be it flee, fight, or make friends with the monster. No matter what you do, your choice will have a considerable effect on the main storyline, leading to you even having multiple endings as well.

If you’re the type to take to the battlefield in a glorious blaze, then maybe you could find a new game to enjoy with our best tank games article. If unique experiences on your phone are a priority, then the best naval games are for you! 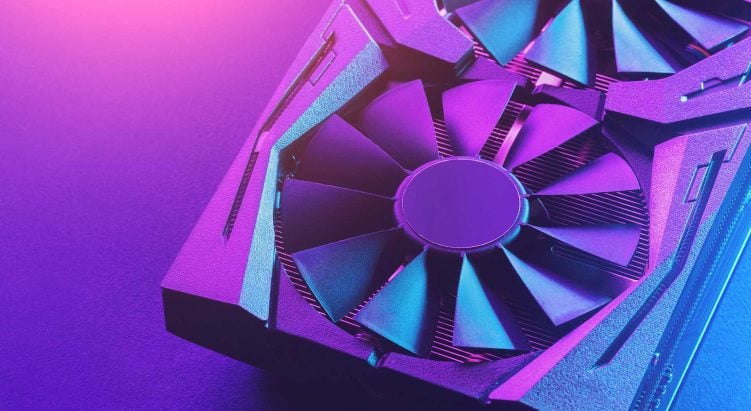