Among Us 2 — details and info about the canceled sequel

Everything there is to know about the scrubbed sequel to Among Us. 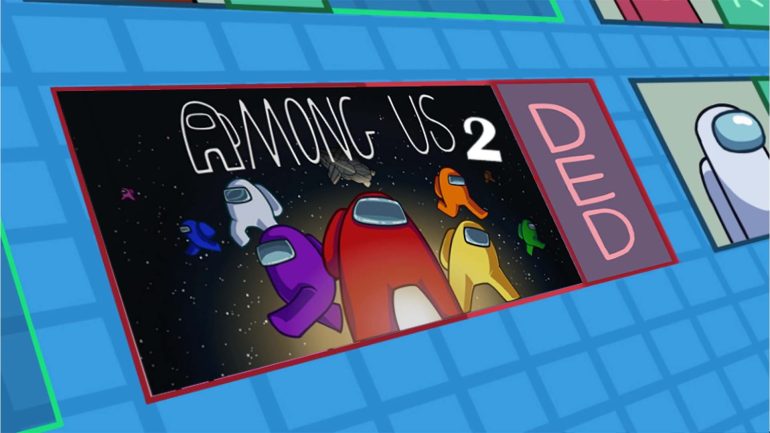 Among Us 2 is the oft-forgotten sequel to Innersloth’s Among Us that got axed very early on in development. But what were players going to get in the canceled sequel? What would Among Us 2 have been like?

We’ve got the answers to those questions and more! In this article, we’re going to talk about what Among Us 2 was, why it was canceled, and all the fun, new features, and content it would have launched with. Let’s go!

Hungry for more amazing Among Us content? Say no more, we’ve got all the guides and articles you’re looking for: Among Us character and Among Us map and Among Us unblocked.

What was Among Us 2?

Among Us 2 was the planned sequel to Innersloth’s social deduction party game, Among Us. The game was first announced in August 2020 via a blog post on the official Innersloth website. In the post, Innersloth cited the original game’s inflexible codebase as the primary reason for why they were making a new one. Innersloth said Among Us was “not created to be this big”, and as a result, “it’s extremely hard to add more things without breaking existing things.” And so, “the first goal of Among Us 2 is to be made to withstand growth.”

Why was Among Us 2 canceled?

Surprisingly, the sequel was canceled just a little over a month later. Innersloth announced that all planned content for the new game was, instead, going to be added to the first game.

Although the original announcement post emphasized how difficult it was to add new content to Among Us, the team at Innersloth ultimately opted to restructure its codebase to allow for expansion. In the blog post announcing the cancelation of Among Us 2, the developers said that the overwhelming success of Among Us made them want to “support the game and take it to the next level.”

Although Innersloth hasn’t revealed the details behind the decision to scrap the sequel, there are many possible reasons why they would do so. For instance, perhaps it was cheaper to re-code Among Us than to make a new game. Also, introducing a sequel would split their own player base in two, with some players sticking to the original game while others jumped ship to Among Us 2. The difficulty of maintaining the codebases of two games is also a consideration—Innersloth is a small team and may not have the manpower to take on parallel projects.

What was going to be in Among Us 2?

Based on Innersloth’s own statements, Among Us 2 would have just been an upgraded version of the original game that was coded to more easily accommodate future expansions. That would have made it more of an Among Us version 2.0 than a sequel in the traditional sense, and so the features planned for Among Us 2 were never going to transform the game’s core mechanics.

1. Support for more players in a server

First among the features was support for more players in a match. At the time of the sequel’s announcement, Among Us servers could only support 10 players at a time and only one Impostor. The sequel was planned to support up to 15 players and multiple Impostors.

Specifics were never laid out, but Innersloth said that the Among Us 2 might have free content updates, including new maps and game modes.

One of the features promised for Among Us 2 was the ability to create a user profile. This was one of the most requested features for Among Us, and Innersloth originally planned to have it be a key part of their new game before ultimately deciding to implement it into Among Us 1.

Among Us 2 was also supposed to have better moderation. Innersloth recognized that the original Among Us had problems with hacking, bad behavior, and toxic language. The sequel would come with the tools necessary to tackle these issues.

When Among Us 2 was first announced, the original game only had two playable roles: Crewmate and Impostor. The key feature that would set the sequel apart from its predecessor was the addition of new roles.

Innersloth never got far along enough in the development of Among Us 2 to specify what these new roles would have been called or how they would have worked.

That concludes this guide to Among Us 2, the party game sequel that would never be. Despite the sequel being canned early on in development, Among Us fans are arguably in a better spot than they would have been had Among Us 2 released. All the content that was promised for Among Us 2 was implemented in Among Us with the cancelation of the new game. We’ve since seen new roles, new maps, tons of fun cosmetics added to the game, and interesting crossovers, too.

There’s no such thing as too many guides if you’re looking to get good at a particular game, so check out all these guides as well so you get better at the game super-quick Among Us toys, Among Us imposter and Among Us download.