Among Us Impostor — guide to winning games as the killer

These tips will help you trick the Crew and dominate your games as Impostor. 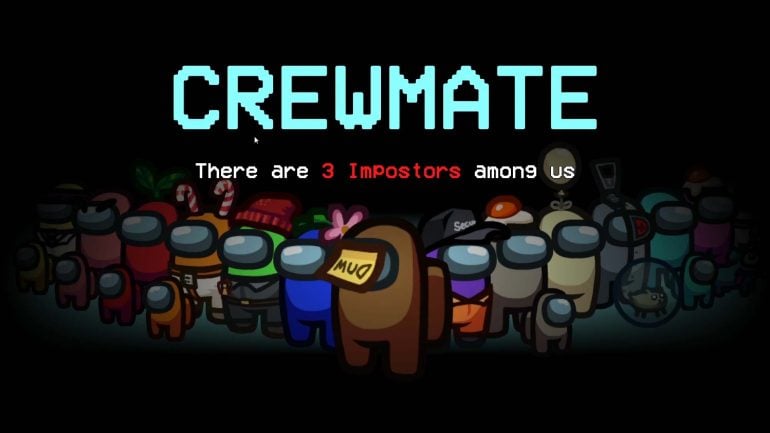 We all know that playing as Crew in Among Us is an exhilarating, nail-biting experience. But let’s all be honest with ourselves—there’s nothing that beats the danger and excitement of stepping into the plastic-like skin of an Impostor. The killer has power over the other players that’s almost addictive. Yet, that power is fragile. Only the most quick-witted and clever Impostors know how to play the map and their Crewmates to avoid suspicion and come out victorious.

The Impostor is the hardest, most nerve-wracking role in the game. A single misstep can tear down your ruse, and soon you’ll find yourself floating through the darkness of space. That’s why we’ve put together this nifty guide to playing as the Among Us Impostor that will help make you a more confident and clever killer.

Become a better Among Us player with these helpful guides: Among Us character, Among Us map and Among Us unblocked.

The Impostor has only one goal: kill all the Crewmates. That doesn’t always mean putting a bullet through their brain matter (though that certainly works, too!). You can also sabotage crucial systems or even use your silver tongue to turn Crewmates against one another.

Whatever method of murder you prefer, these are the basic killing tips that any self-respecting Impostor should know.

One of the fundamental rules of playing as Crew is to always buddy up. Most experienced players will naturally begin any round by finding a partner to walk the map with. Some unfortunate sucker will wind up with you, and that gives you the opportunity to do one of two things:

You’ll generally want to avoid doing the first early on in the game. At the start of a game is when players will be paying the most attention to who’s paired up with whom. Use the early rounds to convince those around you that you’re an upstanding Crewmate, but don’t be afraid to strike if an opportunity presents itself.

Since each player has a different task list, groups will naturally break apart over the course of a game. Use these moments to locate and take out any stragglers.

2. Don’t kill people that you’ve been seen together with

As previously mentioned, players tend to pay attention to player pairs. If you were the last person a Crewmate was seen with before they died, you’ll have to work hard to talk your way to safety.

3. Avoid killing crewmates that are under suspicion

In many situations, you’ll find that someone else is being blamed for the murders you commit. This is perfect for you, so don’t blow it by killing them! You want all the attention focused on someone else, so you have more space to make moves around the map.

4. Use vents to escape an area after a kill

One of the biggest advantages to being an Impostor is that this role can freely use vents, allowing them to quickly travel across great distances. Since most other roles can’t investigate vents, vents also serve as ideal hiding places after a kill. Try to avoid killing someone unless there’s a nearby vent that you can leap into.

5. Don’t kill in hallways if the lights are on

This is one of the biggest mistakes any rookie Impostor can make. Hallways are never a safe place to commit a murder. There’s rarely a quick route of escape, and players are constantly using them to move between rooms, so chances are good someone will catch you in the act.

The only time you can safely kill someone in a hallway is after you’ve sabotaged the lights. In any other situation, keep that knife in your pocket!

6. Kill the lights to split up groups

Any good Impostor knows to keep an eye out for security cams. When the red light is blinking, that means someone’s in the Security room watching you. Most newcomers will get nervous and start acting suspiciously. Keep your cool and remember, if someone’s watching the cameras, that means they can’t keep an eye on their surroundings. This is the perfect time to head to Security and get an easy kill.

8. Exploit any mistrust between crewmates

Being a good Impostor isn’t just about sneaking through vents and stabbing people. You also need to pay attention to how other Crewmates treat one another. Manipulating mistrust between Crewmates isn’t just highly effective, it’s also incredibly satisfying.

If one Crewmate has been accused multiple times of being the Impostor, shadow their movements. If you catch the “sus” Crewmate with another player, that’s your chance to strike—but don’t kill Sus! It’s the other Crewmate you want to go for! Then you can call a meeting and quickly point the finger at the guy everyone suspected all along.

If you play your cards right, you’ll get away scot-free.

9. When you can, lock the doors before a kill

You want as much time as possible after a kill to make a clean getaway. Certain rooms have lockable doors that you can make use of to buy yourself some time. If you can isolate someone in one of these rooms, close the doors before you make the kill. This should give you plenty of time to escape before someone finds the corpse.

That’s it for our guide to winning games as the Among Us Impostor. While Among Us has simple mechanics, there’s tons of depth and nuance in the ways you can play it. This is only the tip of the iceberg when it comes to becoming a real cold-blooded Impostor.

If this guide helped you figure out some game mechanics we have plenty of more AMong Us content that will help even more, such as Among Us toys, Among Us download and Among Us hats.